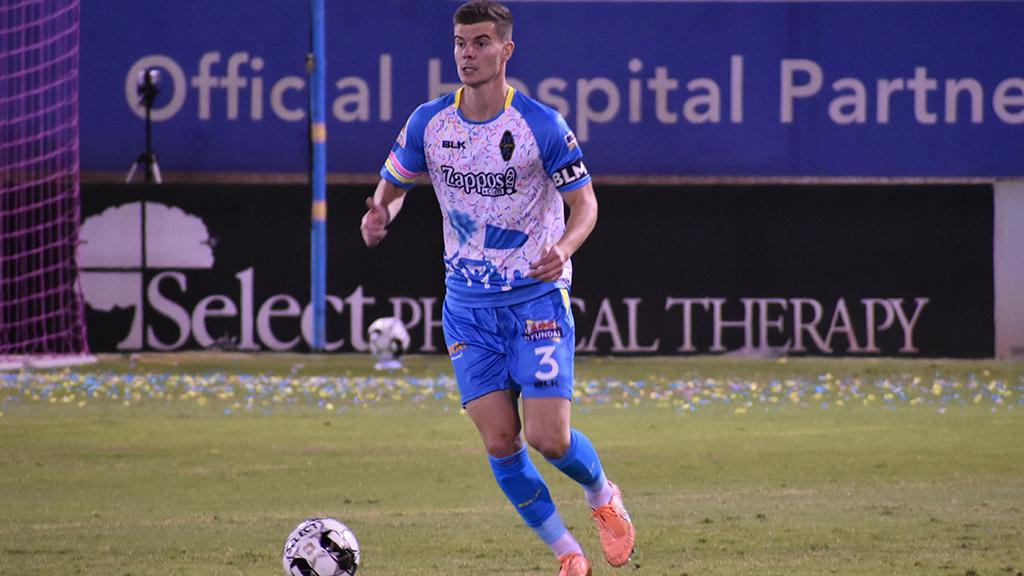 TULSA, Okla. – FC Tulsa announced on Wednesday it had signed defender Johnny Fenwick for the remainder of the 2021 USL Championship season, adding the English center back as it looks to bolster its back line for the second half of the season.

Tulsa has recorded only one shutout in its past 13 matches as it currently sits in third place in the Championship’s Central Division ahead of Saturday’s contest with Louisville City FC at Lynn Family Stadium. Fenwick brings prior experience in the league from Las Vegas Lights FC and San Antonio FC.

“Johnny has a commanding presence, is a vocal leader and has excellent distribution in the back line,” said FC Tulsa Head Coach Michael Nsien. “Johnny has a ball-winning mentality and understands the correct positions to take to prevent attacks. As we get into the second half of the season, it’s important to continue to strengthen the squad and to maintain a healthy level of competition to keep everyone at the top of their game.

Fenwick was a fixture in Lights FC’s backline last season, playing every minute of the team’s matches during the abbreviated 2020 season. The 26-year-old Newcastle native recorded his first USL Championship goal on August 30, 2020 against the LA Galaxy II, and over the season notched 21 interceptions, 50 clearances and won 54.8% of duels and 64.7% of aerial duels.

“I’m really happy to be joining FC Tulsa,” said Fenwick. “This is a super talented, hard-working team full of great characters. I guarantee to give everything for this club to be successful. I can’t wait to get started here and play in front of the fantastic fans at ONEOK Field.”

Fenwick’s road to the professional ranks began in the Newcastle United youth academy before moving to Sheffield Wednesday in 2011. He came stateside for college in 2015, attending High Point University where he was one of the school’s most decorated men’s soccer players in program history. As a senior in 2018, Fenwick was named an NCAA All-American and the Big South’s Defender of the Year.

In his first professional season in 2019, Fenwick was selected in the matchday squad in all but one match for San Antonio, making five appearances in all competitions as a rookie.