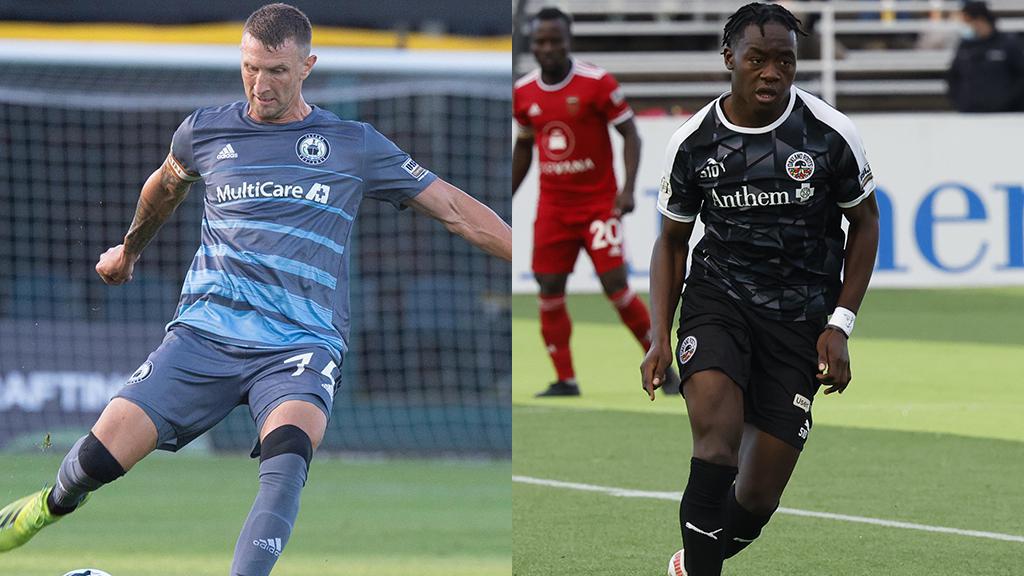 Tacoma Defiance's Taylor Mueller and Oakland Roots SC's Ariel Mbumba will lead their sides into action on Sunday afternoon as their sides meet for the first time in the USL Championship.

TACOMA, Wash. – The Tacoma Defiance will square off officially with Oakland Roots SC for the first time in their respective histories on Sunday afternoon at Cheney Stadium as the hosts look to continue their undefeated start to the season on home turf and boost their playoff chances in the Pacific Division. Kickoff is scheduled for 4:30 p.m. ET.

@TacDefiance (4-4-6, 18pts) remained in fourth place in the Pacific after Randy Mendoza scored a late equalizer on Thursday night in a 1-1 draw against Sacramento Republic FC that kept Tacoma undefeated in seven games at Cheney Stadium this season. The goal was Mendoza’s first of the season and his first in the professional ranks. Tacoma’s attack this season has been by committee, with 10 different players now having scored at least once this season, with Alec Diaz, Alfonso Ocampo-Chavez, Carlos Anguiano and Ray Serrano tied with two apiece for the team lead. The Defiance are now undefeated in their past five outings, but four of those performances have ended in draws as the side has been unable to pull away from a group of four teams separated by two points going into this weekend’s action in the battle for fourth place in the division standings.

@OaklandRootsSC (1-7-3, 6pts) battled strongly in its last outing on Wednesday night but ultimately fell 1-0 to Phoenix Rising FC as Aodhan Quinn scored the only goal of the game. The contest marked Oakland’s return to Laney Stadium for the first time this season, and the home crowd appeared to lift the side, which has struggled for results so far in its first season in the Championship. Oakland has now lost four consecutive games and has failed to find the back of the net in its past three outings, which reflects the side’s lack of creativity in the final third for much of the season. Roots SC ranks last in the Championship in Expected Goals at 9.18xG in 11 games and will need to pick up the pace in front of goal if it’s to use its games in hand to get back into the playoff race.