Chilean international has competed for Houston since 2019 season 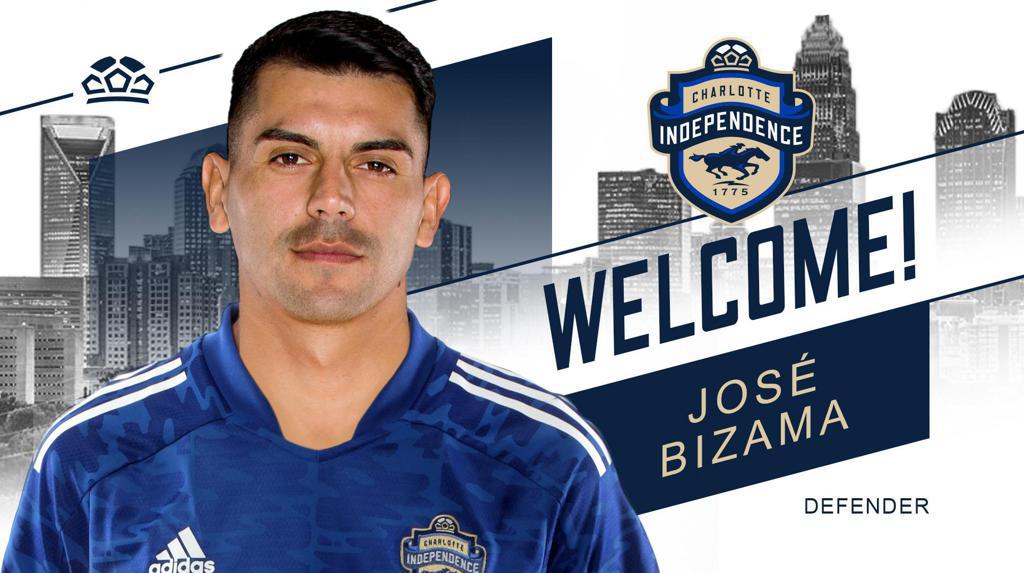 CHARLOTTE, N.C. – The Charlotte Independence announced on Thursday the club had acquired defender José Bizama on loan from Major League Soccer’s Houston Dynamo FC for the remainder of the 2021 season, pending league and federation approval. Bizama competed for the Chilean National Team in 2018 and 2019 making four international appearances.

“We are very excited to add José to our group,” said Independence Head Coach Mike Jeffries. “He’s a player in his prime with national team experience who brings a very high level defensively. His ability to get up and down on the flank as well offers a very exciting option to us as we build the roster and make a big push towards the end of the season. We would like to thank Matt Jordan and Tab Ramos with Houston for trusting us with José and his development.”

The 27-year-old began his professional career at the age of 16 with Chilean Primera División club Huachipato. He made his debut in May 2014 during a Copa Chile match vs. Deportes Concepción. Bizama scored his first professional goal in January 2016 during 3-0 a win over C.D. Universidad de Concepción.

In 2018, Bizama was called up to the Chilean National Team. He made appearances in three friendlies vs. Romania, Serbia and Poland. In 2019, he was called back up to the national team by Head Coach Reinaldo Rueda where he earned his fourth cap vs. Honduras.

Bizama signed with Houston in July 2019. He made his debut with the Dynamo in August that year, getting the start in a match vs. Philadelphia Union. Bizama went on to make five appearances, four of them starts, in his first season with the Dynamo. In 2020, after recovering from injury, the defender appeared in eight games in what was a shortened season due to the COVID-19 pandemic.

Over the course of his professional career, Bizama has made 129 appearances and scored seven goals.