In the heart of Oakland, historic stadium will get national spotlight as Phoenix Rising FC visits on Wednesday 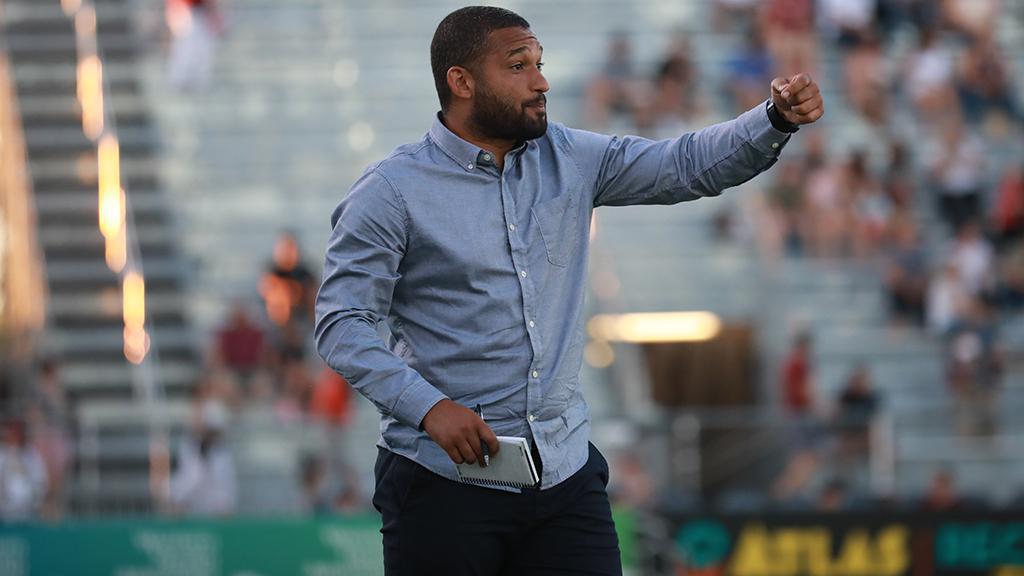 Oakland Roots SC Technical Director Jordan Ferrell has led his side into action this season, but can't wait to get back in front of his club's fans at Laney Stadium. | Photo courtesy Sacramento Republic FC

If there’s anyone who has seen the ups and downs of Oakland Roots SC’s history beyond its founders, it is current Technical Director and Head Coach Jordan Ferrell. Brought to the club as an assistant coach from Sacramento Republic FC’s Academy staff in 2019, the California native has looked to build a side that will represent the history and attitude of the city well, drawing on his experiences in the game both in the United States and Germany.

At the center of Oakland sits Laney Stadium, which has served as Roots SC’s home since it first took to the field in 2019. On Wednesday night, the club is set to return after the installation of its new playing surface to host Phoenix Rising FC in the USL on ESPN Game of the Week on ESPN2 at 10 p.m. ET.

Ahead of the game, we caught up with Ferrell to talk about what the venue means to the club, his favorite moments from coaching at Laney, and the challenge facing a team as established as Rising FC poses the newest club in the Championship.

Q: What is it about Laney that makes it special to you?

Jordan Ferrell: Besides looking out and seeing the sunset over the downtown skyline as we’re kicking off, I think there’s something about the energy in the stadium that is impossible to put your finger on. I think it’s created by having so many different people from so many different walks of life all really in harmony, being themselves and cheering on a team that they feel represents themselves. All those different walks of life and ways of doing things and seeing the world, and that’s really what Oakland is.

The magic of Laney is all the different parts and puzzle pieces of Oakland that come together so beautifully in The Town show up beautifully in the stadium.

Q: What does it mean to get to show that off on national television as you return for your first game there in the Championship?

JF: It’s something we’ve been looking forward to for quite some time. Obviously, with the move to USL we knew we would be nationally televised, we knew that we would be able to show our club off to the world, really, and I think a lot more people understand what Oakland Roots is once they’re able to see the crowd and the way people show up, the different Ultras groups that we have, and just the way the stands are littered with people of all walks of life who represent Oakland. I think that’s something a lot more people want to see, I think it’s something a lot of clubs are trying to create, but it’s awesome for us that we feel confident that we’ve already created it, even though we haven’t been in the league for very long.

I think The Town was obviously very disappointed about [June 19], but I think it’s been waiting for this to come back. I think it’s going to be amazing energy in the stadium when it finally comes time. 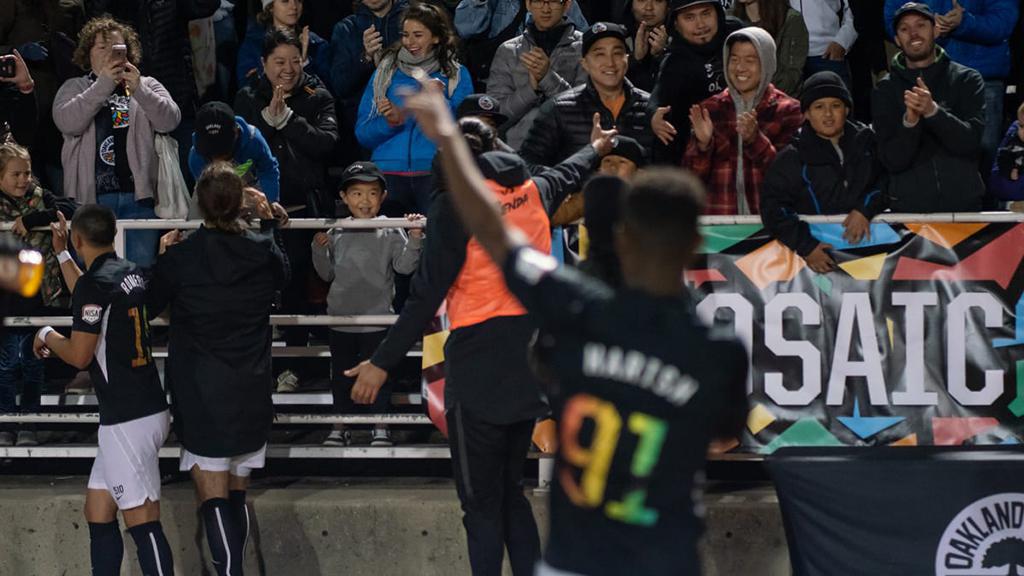 Oakland Roots SC won its last game at Laney Stadium on March 7, 2020 and is now set to return to the historic venue on Wednesday night in the heart of The Town. | Photo courtesy Oakland Roots SC

Q: Do you have a favorite memory of a game or a night at the stadium?

JF: That 90th-plus-three with Jack [McInerney] was a big moment. It was a big moment because everybody didn’t know everything that was going on behind the scenes in that first game, so I think that was a big one. The first win in league play for us against Michigan Stars, especially with that being so significant, really just before the world shut down, so that’s a favorite moment of him.

The one that really sticks out, though, was the first game ever. It was just such a unique thing to bring soccer to Laney, soccer to Oakland, and I remember just before kickoff just sitting there and taking a deep breath and drinking it all in because Oakland will never be the same and the Roots will never be the same after that game, and it was such an amazing arrival for us onto the scene that I think that will always be one of my favorite moments. It was the first time we all saw Laney lit up and the full crowd and all of that, and afterwards you’re always really comparing every gameday, every moment to what we saw that first day.

That first match is super-special, in my opinion, but the first win, there was nothing like that energy in the stadium, in the stands, in the locker room and in the club afterwards. It was unfortunate that was the energy we went into the pandemic with, but it was also very fortunate. I think if it wasn’t for that type of performance, that type of game, it was going to be a much more challenging pandemic than what we had, the energy around the club was different, for sure.

Q: What do you think it will mean for the players who haven’t gotten to experience that yet to feel the atmosphere the venue holds?

JF: I think it’ll make a big difference. It’s touch when you say [to] a players, ‘this is the atmosphere you’re coming to play for,’ and then you’ve got to wait as long as these guys have waited to really feel that atmosphere. I think it’s going to be really significant – on [June 19th] it was cool to have the guys going out and seeing the fans and basically being able to introduce themselves to the fans at Laney for the first time, I think they really responded well to that under the circumstance, but when you have a home venue as a player, you want to get in there and you want to play in front of your home fans.

We’ve been able to play games here in Las Positas, we haven’t been able to play in our home venue yet, and some of the players don’t even know the type of energy that’s there. I’ve given them the visual of smoke covering the field for the first couple of minutes of the game, or what it feels like to score and celebrate in front of the fans. Each of those things are really important images for them to have in their head and to be able to actually experience those things is second-to-none, so I think it’ll be massive for the guys and massive for the team, and we’ll take some positives going on from that after the fact. 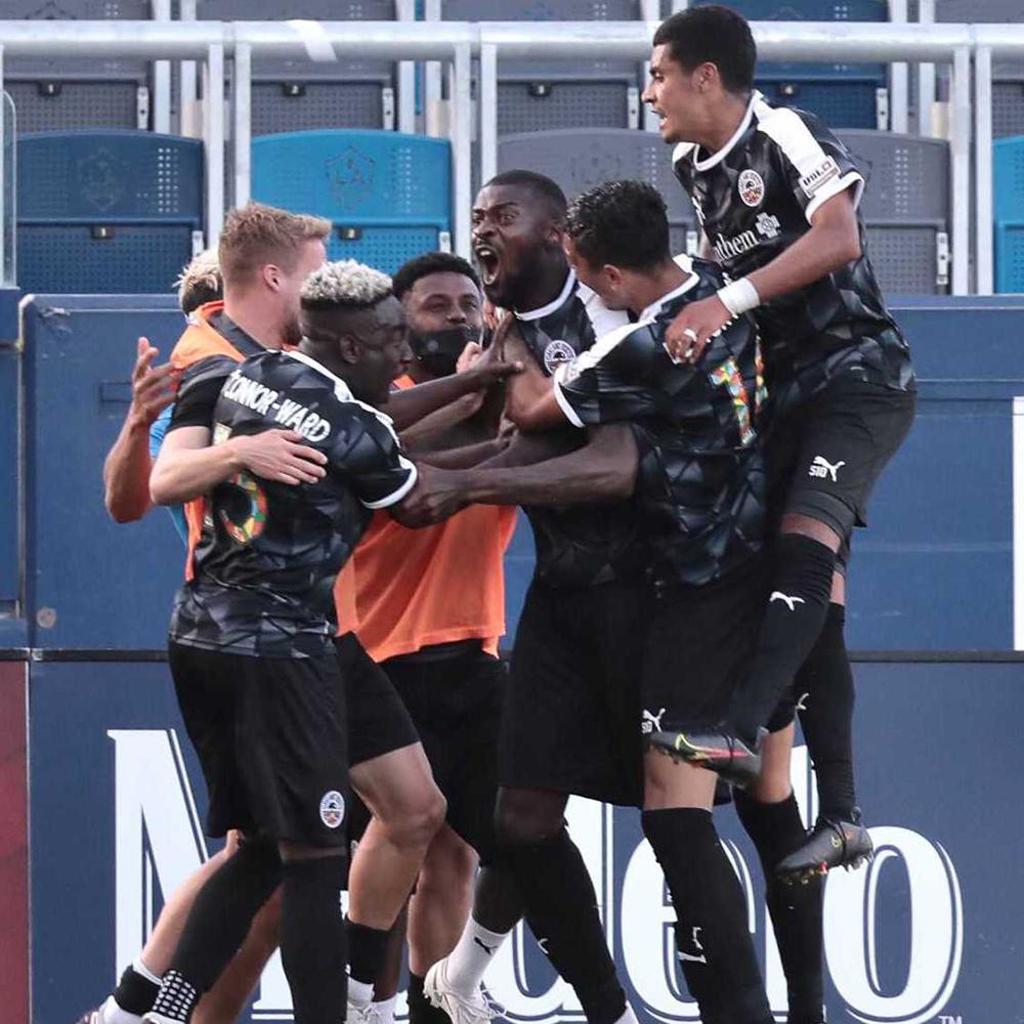 Q: This season has obviously been a challenging one, how have you tried to keep the team optimistic that better things are ahead?

JF: I think it’s the nature of the people we brought here, the nature of these guys as human beings, as men is that they’re positive and they believe that what we’re building here is bigger than any one game, but also the opportunity to be here and build a club they all believe in and want to play for. They all want to see this grow over the course of time to be one of the best in America, and so I think that resolve is there. Yeah, we’ve had a bumpy start, but as everybody knows in football sometimes it’s the way the ball bounces, and it’s not about luck – good or bad – it’s about the return on it, so whatever bad luck we’ve had, if we can get a good return on it, that’s how the season finishes, and that’s the most important thing. It’s been no doubt challenging, but I think it’s been a real, strong, character-building process as a club and for us as a unit, as a team.

Q: Obviously, Phoenix is no easy go of things in terms of visitors. What makes Rising FC such a difficult opponent?

JF: They have such a stable top group, and I think that gives them a strong core that they’ve had for a couple of years now. They’ve added pieces year-to-year, they’ve made their stamp on the Western Conference and on the USL Championship really known style-wise, their style is very clear for all to see and I think it’s a really good representation of what the USL wants to see from clubs as they go from Phoenix Rising in their original format as Arizona United, it’s nothing like what they are now. It’s that part of their organization as well as their way of playing on the field, and their access to powers of the mystique of Phoenix. They come in and everybody’s a bit afraid to play them, and that’s something as a young club, we’ve got veterans in here who’ve played them, who’ve beat them, they don’t have the fear of Phoenix that maybe other people have, and that just needs to permeate the team. It needs to be that everyone in our locker room is looking at Phoenix the same way.

I think after the first go-around, we gifted them some goals and we were in a very interesting spot at that point in time, so coming back and playing them again now where the group has really come together as a unit, our selves will be very different facing them, and I think that makes for some good football, for sure. 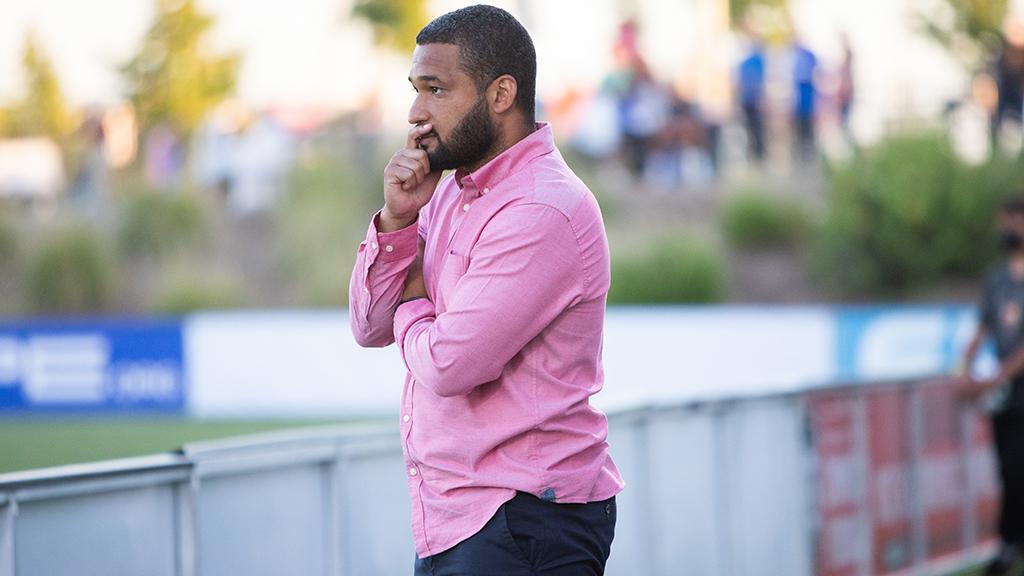 Q: So much of Roots’ identity is tied into being Oakland, first and foremost. What will getting back into the heart of the city to play again on Wednesday and beyond mean to you?

JF: It means everything, really. Laney is actually where East and West Oakland meet, and so when I think people know where we’re sitting, where we’re playing – there’s a really good word in German, Treffpunkt, like a meeting point, right? – and Oakland represents so many different ideas, people, ways of doing things and thinking. So, for me, as I mentioned a couple of times the energy in the stadium is going to be crucial, but more than that, it’s super-important that we can look at the people in the stands that have been supporting us over the course of the last year-and-a-half, which I think makes a massive difference in everybody’s understanding of how we go about our work every day in the technical department.

I’m really excited, not just for the chance on national TV but just to be back in front of our fans at home. That’s something that just makes you feel settled, and I think it’ll make a big difference to the group moving forward.