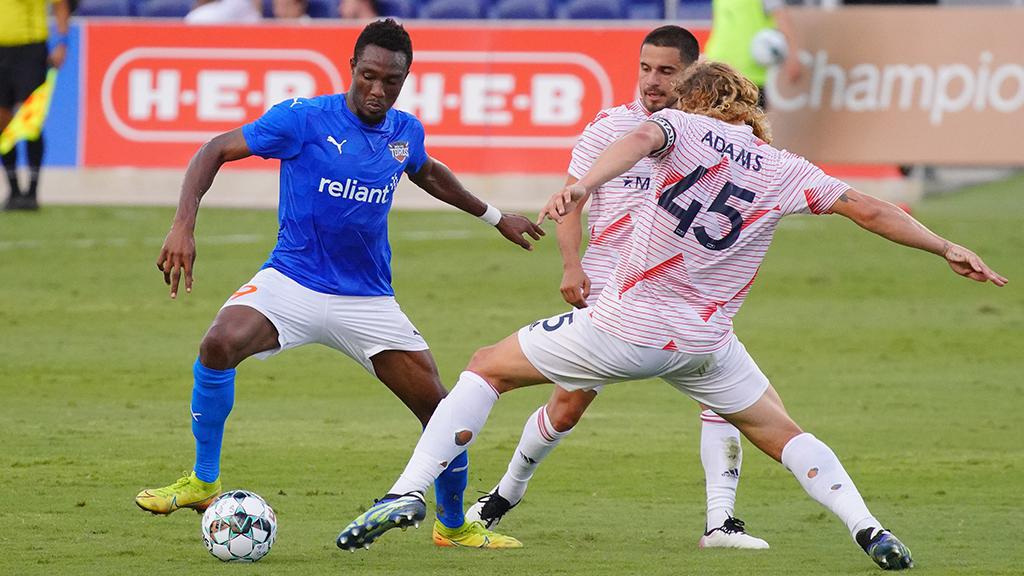 Rio Grande Valley FC took victory when it first met Real Monarchs SLC in June and will be looking to solidify its second-place position in the Mountain Division as it heads to Zions Bank Park on Wednesday. | Photo courtesy Christian Inoferio / Rio Grande

HERRIMAN, Utah – Real Monarchs SLC and Rio Grande Valley FC will meet for the second time this season on Wednesday night at Zions Bank Stadium with both clubs looking to shake off defeats in their most recent outings on Saturday night. Kickoff is scheduled for 10 p.m. ET.

@RealMonarchs (3-9-4, 13pts) took an early lead through Charlie Wehan against El Paso Locomotive FC in its game last Saturday, but it proved to be short-lived as the hosts quickly leveled before going on to take a 3-1 victory at Southwest University Park. Wehan’s goal was his second in as many games, having also found the net in the side’s 3-2 victory against Las Vegas Lights FC on July 23, and the Monarchs have begun to turn their home form around with three wins and a draw in their past six outings at Zions Bank Stadium. The side has been led overall this season by Milan Iloski, who has four goals and three assists this campaign, but the side has had issues defensively in conceding 27 goals in the opening half of its regular season.

@RGVFC (7-4-4, 25pts) is hoping to rebound from its own 3-1 defeat to Phoenix Rising FC on Saturday night at Wild Horse Pass, which saw Juan Carlos Azocar score early in the second half to spark hopes of a comeback that ultimately wouldn’t arrive after the Toros conceded three times in the opening half. Rio Grande Valley is still firmly in second place in the Mountain Division standings going into the week’s action, however, although it now sits six points back of El Paso Locomotive FC for first place. Azocar’s goal moved him into a tie for the club lead with four this season alongside Elvis Amoh, while James Murphy and Rodrigo Lopez are each tied with three assists. The Toros took a 1-0 win when they first faced the Monarchs this season on June 12 when Wan Kuzain scored the only goal in the second half, and the side has been solid away from home this season, taking nine points from seven games while only suffering two defeats.