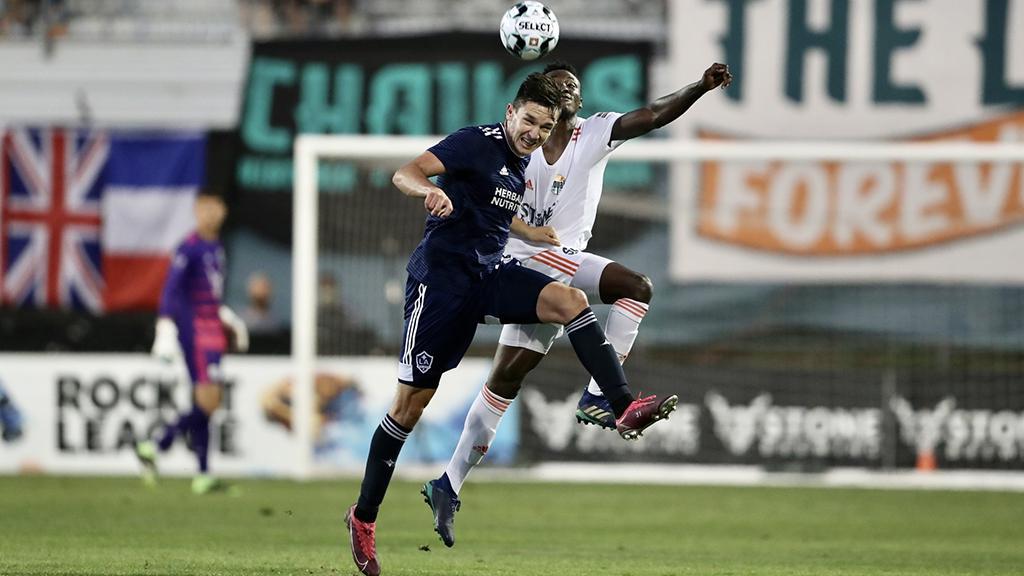 The LA Galaxy II and San Diego Loyal SC will meet for the second time this season on Sunday evening after SD Loyal rallied for victory when the sides met at Torero Stadium in June. | Photo courtesy San Diego Loyal SC

CARSON, Calif. – The LA Galaxy II will look to build on a victory last time out as it plays host to San Diego Loyal SC on Sunday evening at Dignity Health Sports Park with the visitors hoping to rebound after falling in their past two games, including a midweek setback in the Pacific Northwest. Kickoff is scheduled for 8 p.m. ET.

The @LAGalaxyII (4-7-4, 16pts) broke out of a recent downturn in form last Sunday evening with a 3-0 win against Oakland Roots SC that saw both Josh Drack and Jorge Hernandez notch a goal and assist at Dignity Health Sports Park. The result snapped a seven-game winless streak for Los Dos and positioned the side alongside Las Vegas Lights FC and the Tacoma Defiance on 16 points in the race for fourth place in the Pacific Division standings. The goal was a particularly welcome one for Hernandez, who had gone six appearances without a goal after a sterling start to the season, and the 20-year-old now has six goals and four assists this campaign, putting him second to Preston Judd in scoring and tied with Drack – who is having an impressive rookie campaign – for the team-high in assists.

@SanDiegoLoyal (6-6-3, 21pts) missed out on the chance to move into second place on Thursday night as it fell 2-1 to the Tacoma Defiance at Cheney Stadium. Tumi Moshobane scored in the second half to answer the opening goal by the hosts, but SD Loyal conceded again with 25 minutes to go and was unable to find a late equalizer after recording six shots in the final 15 minutes of the contest, while Morgan Hackworth was shown a late red card. San Diego still sits in a good position in third place in the standings, five points ahead of the three teams including the Galaxy II now on 16 points and will be hoping to earn a second win against Los Dos this season after taking a 2-1 win at Torero Stadium when the teams last met on June 12. That contest saw Alejandro Guido notch a goal and assist as the side rallied back after Hernandez had given LA the lead. The playmaker has gone without a goal or assist in his past five appearances, though, and a return to form would give SD Loyal a welcome boost after scoring five goals in their past five games overall.