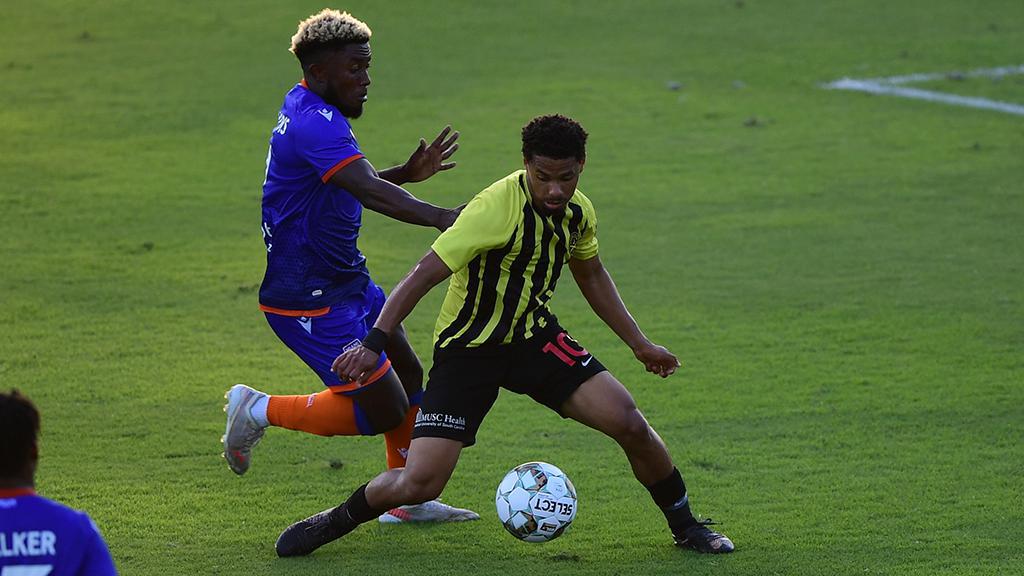 MIAMI – Miami FC plays host to the Charleston Battery on Sunday night at FIU Stadium with fourth place in the Championship’s Atlantic Division up for grabs as the Battery enter on a three-game winning streak while looking for a second win against their hosts this season. Kickoff is scheduled for 7:30 p.m. ET.

@TheMiamiFC (7-6-2, 23pts) saw its recent positive run of form take a hit in its most recent outing as it fell 2-0 to Hartford Athletic last Saturday night at Dillon Stadium. The visitors had chances throughout the contest but couldn’t find a way past Hartford goalkeeper Jeff Caldwell as Ariel Martinez led the side with a pair of shots on goal. Miami had won three games in a row prior to that defeat to move into the playoff places in the Atlantic Division, though, and will be looking to return to that level as it returns home to FIU Stadium, where it has a 5-3-0 record this season and has won three in a row going into Sunday’s game with Martinez and Othello Bah each finding the net in a 2-1 victory against the Tampa Bay Rowdies in their last home contest. The side could see the return to the lineup on Sunday of both Speedy Williams and Lamar Walker after Jamaica’s run at the 2021 Concacaf Gold Cup came to an end last weekend.

The @Chas_Battery (6-4-3, 21pts) would pass Miami in the standings should it take victory on Sunday, however, with the side coming in off a wild 5-3 victory against Loudoun United FC last Tuesday night in its most recent outing. The Battery twice held a two-goal lead in the first half but saw United peg them back as the sides went to the halftime break level at Segra Field. Second-half goals by DZ Harmon – his first in the professional ranks – and Zeiko Lewis saw the Battery to their third consecutive win. Harmon and fellow former Coastal Carolina University player Claudio Repetto have provided a boost to Charleston, with Repetto now tied for the team-high in goals with four after scoring twice against Loudoun, level with Nicque Daley. The Battery will be looking for a repeat of their 2-1 win against Miami when the sides last met on June 18 in a contest that saw Lewis and Joel Bunting find the net at Patriots Point.