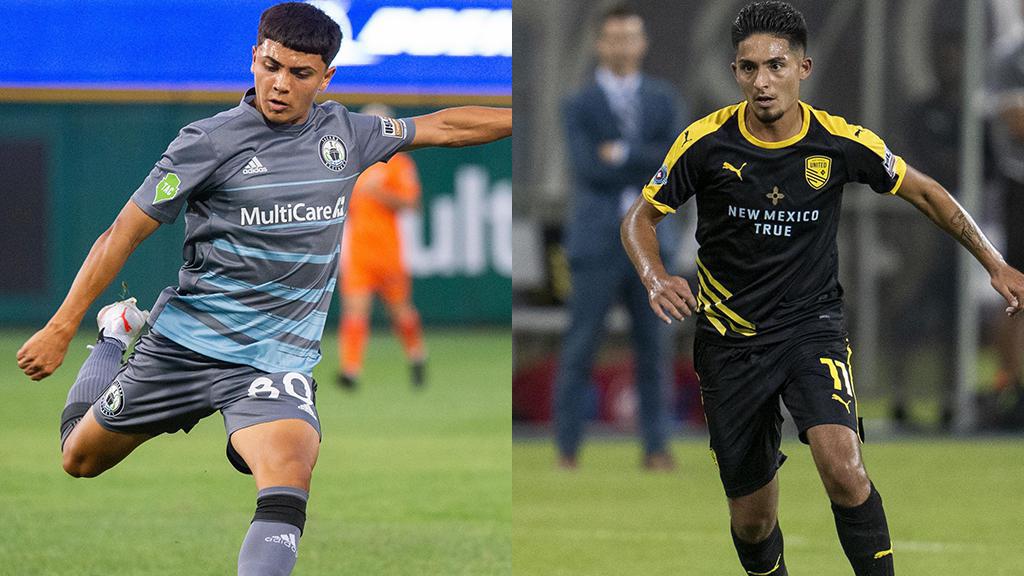 Tacoma Defiance's Ray Serrano and New Mexico United's Sergio Rivas will be looking to lead their respective sides to victory in an interdivision clash on Sunday afternoon at Cheney Stadium.

TACOMA, Wash. – The Tacoma Defiance will look to build on a notable victory on Thursday night as they continue a four-game homestand at Cheney Stadium with an interdivision game against New Mexico United on Sunday afternoon. Kickoff is scheduled for 4:30 p.m. ET.

@TacDefiance (4-4-4, 16pts) earned its fourth win in five games at home this season in its last outing with a 2-1 victory against San Diego Loyal SC that saw Azriel Gonzalez record a goal and assist and Carlos Anguiano find the back of the net, but the side will be without defender Eric Kinzner on Sunday after he received a late red card. The result saw the Defiance move level on points with Las Vegas Lights FC and the LA Galaxy II for fourth place in the standings and also saw the Defiance surpass its point total from the 2020 season only 12 games into its campaign. Tacoma has been a collective effort in attack this season with nine different players finding the net, but no individual recording more than two goals so far this season, but recent arrival Andy Thomas has been solid in goal, posting a 78.6 save percentage and conceding only three goals in five games in his appearances between the sticks.

@NewMexicoUTD (6-6-3, 21pts) heads to the Pacific Northwest for only the second time in its history as it looks to return to the win column after a scoreless draw in its last outing against rival El Paso Locomotive FC at Isotopes Park. New Mexico’s Josh Suggs came closest on either side to finding the net as he had a shot tipped onto the post, but the side also saw Juan Pablo Guzman sent off – resulting in a suspension for Sunday’s game – and for a second consecutive outing United was held without a goal as it remained in third place in the Mountain Division. New Mexico claimed a 2-1 victory in its prior visit to Cheney Stadium during the 2019 Championship season as Ryan Williams and Kevaughn Frater rallied the side back from an early deficit, and the visitors will be hoping for a similar result this time around as they look to remain above the playoff line in what is shaping up to be a very competitive race for the postseason.