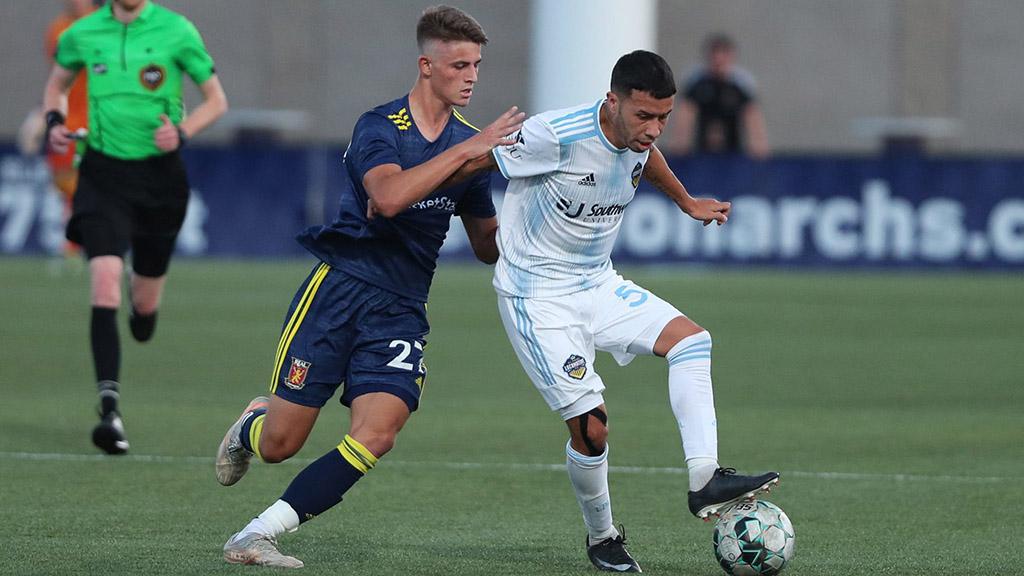 With a pair of victories at Zions Bank Stadium this season, El Paso Locomotive FC has maintained its undefeated regular-season record against Real Monarchs SLC in the all-time series between the clubs. | Photo courtesy Real Monarchs SLC

EL PASO, Texas – El Paso Locomotive FC will look to maintain its undefeated home record this season as it plays host to Real Monarchs SLC on Saturday night at Southwest University Park after a big midweek victory to kick off the week’s action. Kickoff is scheduled for 9:30 p.m. ET.

@EPLocomotiveFC (8-1-4, 28pts) took a 2-1 win against San Antonio FC on Wednesday night at Toyota Field as Luis Solignac scored from the penalty spot before Diego Luna notched his fourth goal of the season with 20 minutes to go, with the 17-year-old Luna’s goal serving as the winner as SAFC pulled back a goal while trying to rally late. Locomotive FC is now three points ahead of Rio Grande Valley FC in the Mountain Division, with its undefeated streak at home dating back a calendar year during which time it has gone 14 games undefeated across the regular season and playoffs to established itself as one of the top teams in the Championship. Locomotive FC has previously taken two road victories against the Monarchs this season as well, including a 3-1 result on July 9 that saw Luna and Josue Aaron Gomez score second half goals to lead the side to victory.

@RealMonarchs (3-8-4, 13pts) remain in seventh place in the Mountain Division, but the side is coming off a 3-2 comeback victory against Las Vegas Lights FC in its most recent outing at Zions Bank Stadium last Friday night. Max Mata scored with 17 minutes to go for the hosts to level the score for a second time before Milan Iloski scored from the penalty spot in second-half stoppage time to earn the Monarchs their third win of the season. Iloski’s play has been a bright point in the big picture for Real, with four goals and three assists this season, but the side has had difficulties defensively, conceding 24 goals in 15 games this season for the seventh-most goals allowed this season. The Monarchs have never defeated El Paso in the regular season, having earned one point in three prior visits to Southwest University Park.