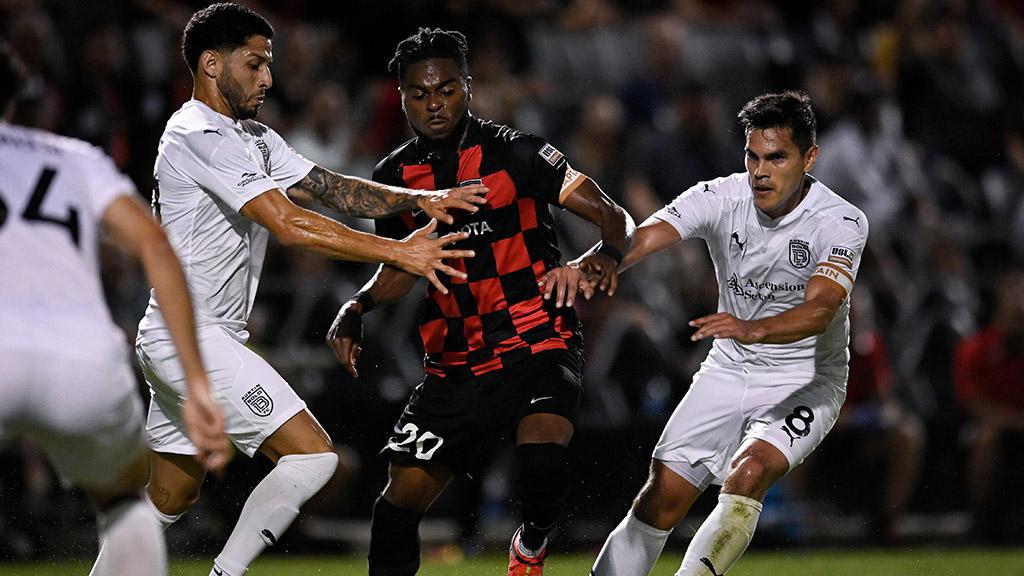 AUSTIN, Texas – Austin Bold FC and San Antonio FC square off on Saturday night in a key game both in the Copa Tejas campaign and also in the middle of the Mountain Division with San Antonio looking to rebound at Bold Stadium after suffering defeat in midweek. Kickoff is scheduled for 9 p.m. ET.

@AustinBoldFC (5-3-5, 20pts) rallied for a 1-1 draw against Rio Grande Valley FC last Saturday night as despite being down to 10 men the visitors found a late equalizer through Xavi Baez to extend its undefeated streak to five games and remain undefeated against the Toros this season. The result kept Austin and Rio Grande Valley level at the top of this year’s Copa Tejas standings on seven points apiece, with San Antonio currently fourth on two points from its prior four games in the four-team rivalry. Austin’s defense has continued to be key to its success this year with goalkeeper Elliot Panicco sitting in the league-lead with six shutouts and a goals-against average of 0.45. Bold FC took a 1-0 victory when these sides first met at Toyota Stadium and will be hoping for a similar performance on home turf this time around.

@SanAntonioFC (4-4-6, 18pts) remained two points back of Austin on Wednesday night as it fell 2-1 to El Paso Locomotive FC to open a tricky week for the sixth-placed side. Axel Sjoberg scored for the hosts against Locomotive FC to try and start a late rally, but San Antonio’s squandered early chances came back to bite the side as it was unable to find a late equalizer. San Antonio can still move ahead of Austin on Saturday night, however, if it takes victory against its nearby rival as the sides are separated by two points in the Mountain Division standings. With the side yet to find victory against a Texas rival this season, San Antonio figures to come in motivated to provide a good response to its most recent setback.