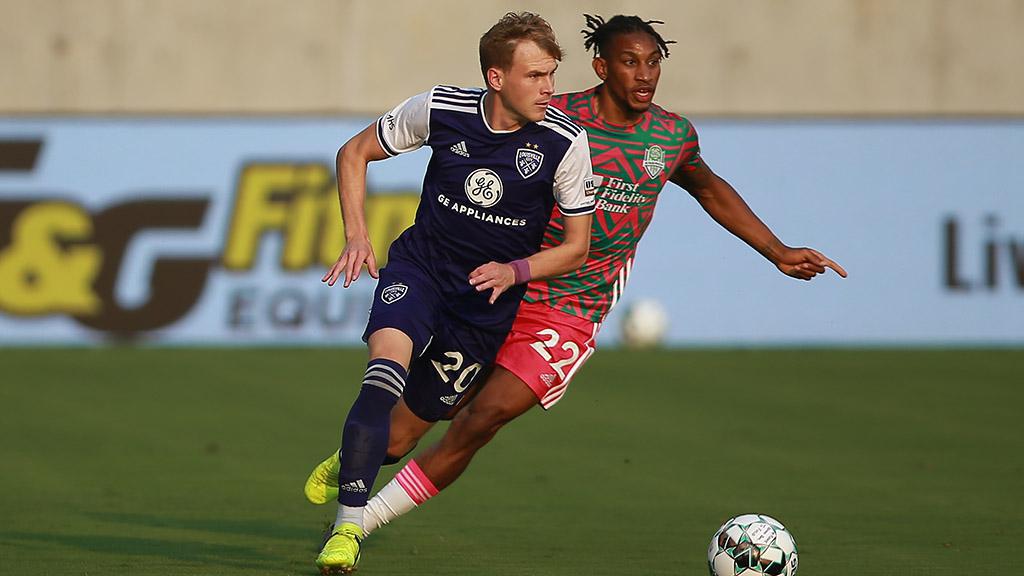 LOUISVILLE, Ky. – Louisville City FC will try to add to a midweek victory as it plays host to OKC Energy FC on Saturday night at Lynn Family Stadium in the second meeting between the clubs this month. Kickoff is scheduled for 7:30 p.m. ET.

@LouCityFC (9-3-3, 30pts) took a 2-1 victory against Sporting Kansas City II on Wednesday night at Children’s Mercy Park as Brian Ownby notched a pair of assists to help the side move five points clear at the top of the Central Division. Ownby now has six assists this season, tied for second in the Championship and an individual regular-season high for the veteran, passing his five assists a season ago. LouCity will be hoping to repeat its performance when the sides most recently met on July 14 when Wesley Charpie, Cameron Lancaster and Corben Bone each found the net to start the club’s current four-game undefeated streak.

@EnergyFC (4-5-6, 18pts) has gone undefeated since that game, most recently playing to a 0-0 draw with Sporting Kansas City II last Saturday night at Taft Stadium that saw the host stifled by a solid display from SKC II goalkeeper Kendall McIntosh. OKC’s own goalkeeper, CJ Cochran, also notched his fifth shutout of the season to move into a tie for second in the league while moving his goals-against average to 0.93 for the season, good for sixth among goalkeepers currently eligible for the Championship’s Golden Glove. Energy FC has earned 14 of its 18 points this season over the past seven games and alongside Louisville will reach the midway point of its season on Saturday night. The side will be looking to earn its first point in Louisville in its history, too, having also suffered defeat on its lone prior visit before this season in 2015.