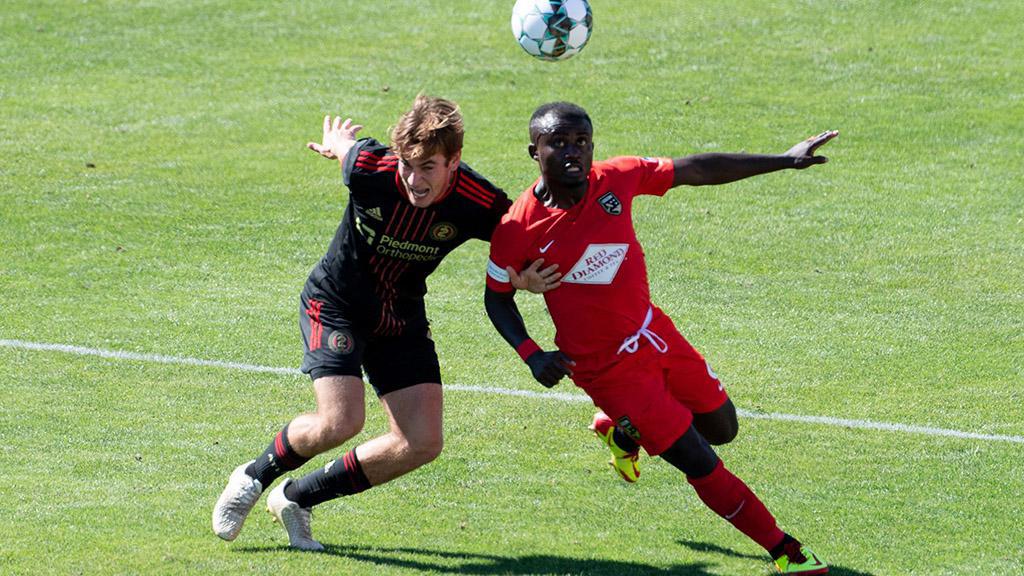 BIRMINGHAM, Ala. – Birmingham Legion FC will continue its pursuit of first place in the Central Division as it plays host to Atlanta United 2 on Saturday night at BBVA Field with the visitors coming off a notable midweek victory to end a long winless streak. Kickoff is scheduled for 7:30 p.m. ET.

@BHMLegion (8-4-1, 25pts) grabbed a late victory in its last outing as Jonathan Dean scored in second-half stoppage time to earn the side a 2-1 victory against Indy Eleven at Michael A. Carroll Stadium. Dean added to an earlier assist in the contest as Birmingham rebounded to earn its third win in the past four outings overall. Legion FC goes into Saturday’s game five points behind Central Division leader Louisville City FC but holds two games in hand to try and make up that difference. The side could also be confident of success against Atlanta, having picked up a 1-0 win earlier this season when it visited Fifth Third Bank Field, while the side will also have forward Junior Flemmings available for selection once again after his run with Jamaica came to an end in the 2021 Concacaf Gold Cup last weekend.

@atlutd2 (4-6-5, 17pts) also took victory in its most recent outing, taking a 2-1 win against FC Tulsa that snapped a seven-game winless streak for Head Coach Jack Collison’s side and moved it back into the middle of the playoff race in the Central Division. Goals by Macky Diop from the penalty spot an Ajani Fortune proved enough for victory as goalkeeper Rocco Rios Novo continued his stellar season with a pair of saves. An Argentine youth international, Rios Novo has been one of Atlanta’s most consistent performers this season playing behind a back line that has leaked chances this season, with his Goals/Expected Goals ratio of 0.55 among the best in the league among regular starters. Another big display could be needed if Atlanta is to take points from Birmingham.