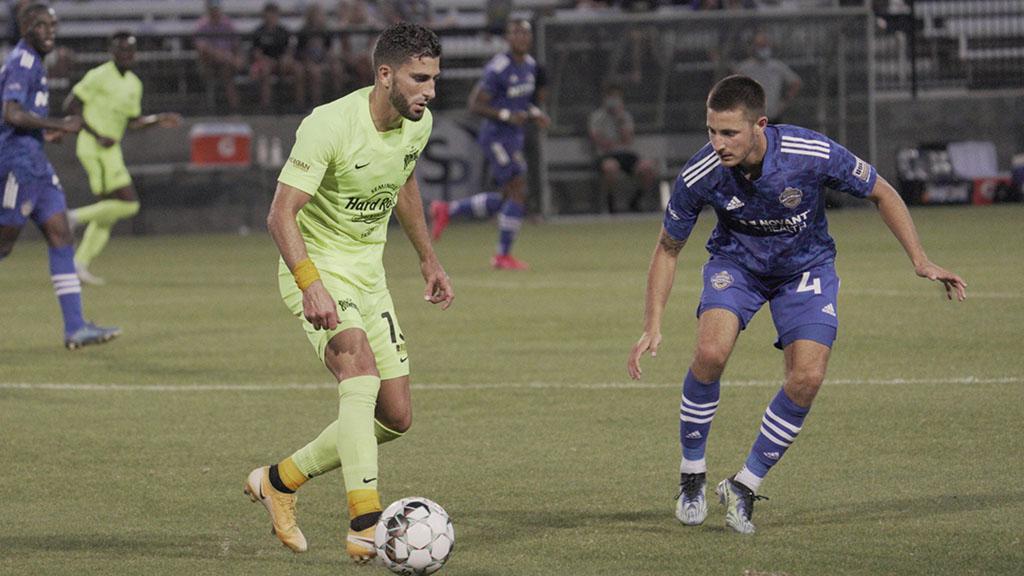 CHARLOTTE, N.C. – The Charlotte Independence will try to break a recent downturn in form and move back into the race for the playoffs in the Atlantic Division when they play host to the Tampa Bay Rowdies at American Legion Memorial Stadium for the third meeting between the teams this season. Kickoff is scheduled for 7 p.m. ET.

The @Independence (5-7-1, 16pts) are aiming to end a five-game winless streak that has yet to see the side claim victory at its new home of Memorial Stadium. Charlotte suffered a 2-0 defeat to Southern Derby rival the Charleston Battery last Friday night at Patriots Points as Sylvain Marveaux had a penalty kick saved in the first half, but the side has added another high-profile signing this week with the arrival of former Premier League title-winner Christian Fuchs ahead of his deal with Major League Soccer’s Charlotte FC next year. Fuchs has been in training and could make his debut on Saturday in a move to help bolster a back line that has conceded nine goals in the past five games.

The @TampaBayRowdies (9-5-0, 27pts) are coming off a 3-1 victory against Loudoun United FC last Saturday night at Al Lang Stadium that snapped a three-game losing streak and ensured the side remained on top of the Atlantic Division this week. The Rowdies have been led this season by forward Sebastian Guenzatti, who recorded his ninth goal of the season against Loudoun to move into sole possession of second place in the race for the Golden Boot. Tampa Bay will be hoping for a much better display than in its last trip to Charlotte when it suffered its first loss of the season in a 1-0 defeat that saw it conceded two penalty kicks, one of which was saved by goalkeeper Evan Louro. That loss was the first the Rowdies had suffered on the road in Charlotte since joining the Championship in 2017, having earned one win and two draws in prior seasons.