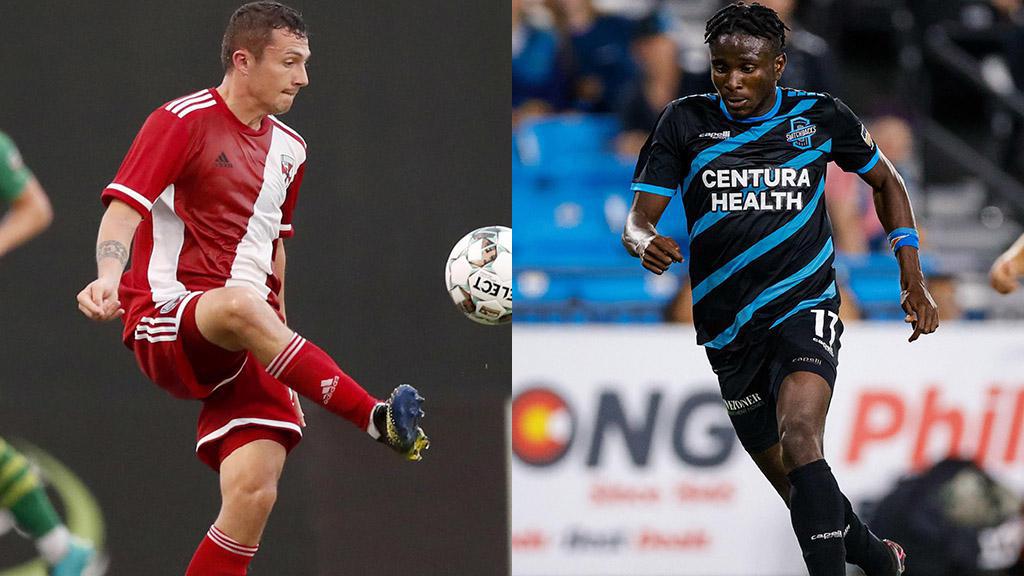 Loudoun United FC and Colorado Springs Switchbacks FC will meet for the first time in their histories on Saturday, but current Switchbacks winger Michee Ngalina has had past success against United.

LEESBURG, Va. – Colorado Springs Switchbacks FC heads east to face Loudoun United FC at Segra Field on Saturday night in an interconference match that sees both teams looking to get back into the win column. Kickoff is scheduled for 7 p.m. ET.

@LoudounUnitedFC (2-12-0, 6pts) saw its losing streak reach five games on Tuesday night as the side battled back from an early deficit but ultimately fell 5-3 to the Charleston Battery at Segra Field. Goals by Ted Ku-DiPietro and Kairo Amoustapha helped lead United back after trailing by a pair of goals in the opening 10 minutes to make it 3-3 at halftime, but the visitors pulled away in the second half as Loudoun’s struggles continued. United’s attacking production could give the side some confidence going into Saturday’s game, but the side has run hot and cold in front of goal this season and will need to put together another big performance to challenge a good Switchbacks defense.

@SwitchbacksFC (5-5-3, 18pts) is winless in its last three outings, but grabbed a late draw at home in its most recent outing against Louisville City FC at Weidner Field last Friday night as Michee Ngalina scored an 87th-minute equalizer for the hosts. The Switchbacks enter the game in fifth position in a highly competitive Mountain Division, two points behind Austin Bold FC in fourth place and three back of New Mexico United in third. Ngalina and Hadji Barry have been key figures this season for the side, and Ngalina has had prior success against Loudoun, having scored three goals in two appearances against the side when he played for the Philadelphia Union II. The visitors will be hoping that form continues as the 21-year-old Congolese forward continues a breakout campaign.