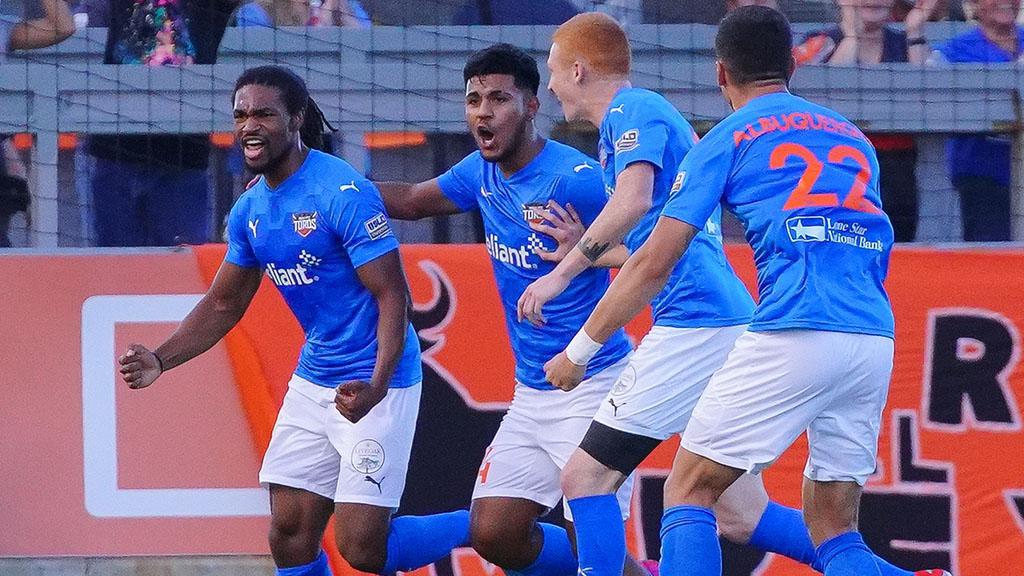 The USL Championship’s Western Conference slate this weekend includes a pair of intriguing interdivision contests, another key Copa Tejas clash, and a chance for a notable downturn in form to end. Here are five key talking points going into Saturday and Sunday’s action.

TOROS AIM TO RISE TO ROAD CHALLENGE IN PHOENIX

The resume Rio Grande Valley FC has built to sit in second place in the Mountain Division in Head Coach Wilmer Cabrera’s first season back in charge has been an impressive one. The Toros are still the lone side to have defeated El Paso Locomotive FC, while they’ve also notched victories against Pacific Division contenders Orange County SC and San Diego Loyal SC in their interdivision matchups.

Now the side might get its biggest test yet as it heads to face Phoenix Rising FC on Saturday night at Wild Horse Pass in a game that might not have been circled at the start of the season, but certainly was as this month began. Now undefeated in four games, the key for the Toros may be how good a start they can make and whether they can contain the best attack in the league, with Phoenix coming in with 32 goals in 13 games this season.

That first part could be a challenge, though. RGVFC has only scored six goals in the first half of its 14 games so far this season, with the side having scored 14 goals in the second half this season. If there’s a team you don’t want to fall behind against, it’s Phoenix – Rising FC hasn’t dropped a point from a winning position this season – making the opening stages that much more important if the Toros are going to notch another statement result.

San Antonio FC missed out on its chance to move into the Mountain Division’s playoff places on Wednesday night against El Paso Locomotive FC, but that door remains open as the side heads to face rival Austin Bold FC on Saturday night if the side can manage the quick turnaround against one of the better defensive sides in the Championship this season at Bold Stadium.

The key for SAFC will be to make the most of the chances it’s able to create in a way it was unable to against El Paso. While the hosts played Mountain Division leader Locomotive FC close – finishing with a 2.04xG mark for the game to El Paso’s 2.29xG – the side missed some key chances that left Head Coach Alen Marcina a little frustrated after the game.

"We did more than enough to win this game,” said Marcina. “Early on we created some clear-cut chances that we have to execute, and if we put away those chances it's a different game. The guys pressed very well, particularly in the first half. Some calls definitely didn't go our way and that's disappointing to see, but that's soccer. Our guys performed well, we weren't clinical enough but now all we can do is reflect, learn and grow.”

Facing a side that has recorded a league-best six shutouts this season – including in a 1-0 win against San Antonio on July 3 that snapped SAFC’s 18-game regular-season undefeated streak at Toyota Field – chances could be at a premium. San Antonio will need to be back to its sharpest, but if it is then a move above Bold FC is there for the taking. 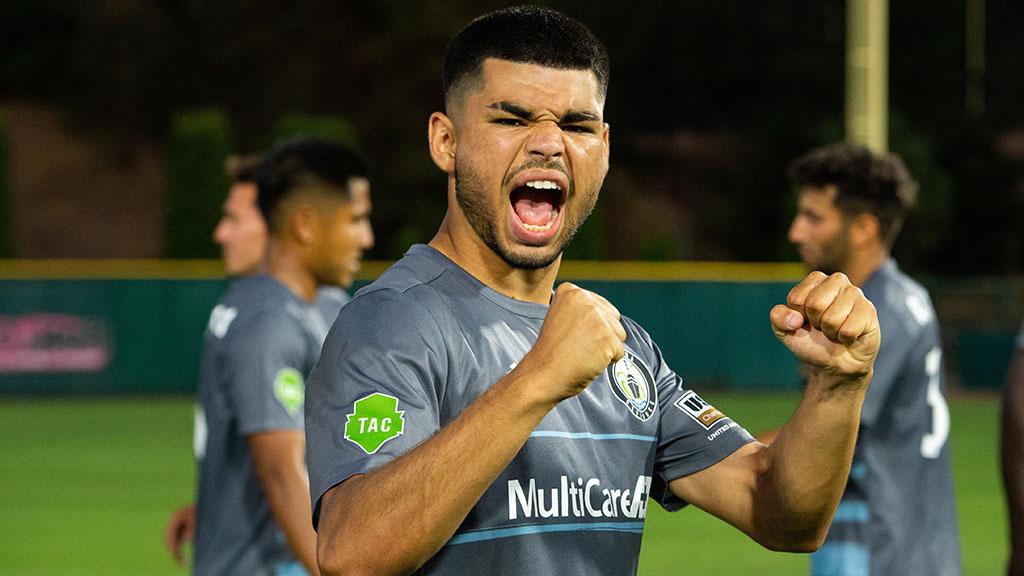 The contrast between Tacoma Defiance’s home and road form this season has been stark, but in a Pacific Division where inconsistency has been a major storyline this season that isn’t going to keep the side from having a viable path to its first postseason berth since its inaugural season in 2015. Thursday night’s 2-1 victory against San Diego Loyal SC at Cheney Stadium was the club’s fourth out of five at home this season and allowed the Defiance to keep pace with the victories posted by the LA Galaxy II on Sunday and Las Vegas Lights FC on Tuesday in the middle of the division standings.

What was more noticeable about Thursday’s display was the confidence the side showed against its more experienced counterparts. Tacoma could have put away more chances – it held a 14-7 advantage in shots until San Diego pushed hard for an equalizer in the final 15 minutes, where almost half its 13 shots on the night arrived – and the Defiance posted their best single-game Expected Goals mark of the season at 2.72xG.

All of which is to say, this is not a team you can take lightly at any time, but particularly when you head to the Pacific Northwest. New Mexico United – which visits Cheney Stadium on Sunday – should take note.

It’s been three weeks since Orange County SC extended an eight-game undefeated streak with a 2-0 victory against Sacramento Republic FC on July 10, and it is fair to say since that result at Heart Health Park things have not gone at all to plan for the side. Four consecutive games without a win, including three defeats after Wednesday night’s 3-1 loss against Las Vegas Lights FC that saw the side concede twice in the final 10 minutes to let at least a point slip away, has the side heading to face Oakland Roots SC on Saturday night in need of a serious turnaround.

The good news for OCSC is despite its downturn in form, the only ground it has lost has been to Pacific Division leader Phoenix Rising FC. San Diego Loyal SC’s loss on Thursday night to Tacoma Defiance kept it in third place in the standings, and there remains a six-point gap to Las Vegas, Tacoma and the LA Galaxy II, who are all vying for fourth place currently. Add in that while Orange County has struggled, Oakland is in an even tougher spell of form – having gone winless in its last seven outings after falling to the Galaxy II last Sunday – then there could be no better opponent for OCSC to face right now.

If that’s to be the case, though, Orange County is going to need to execute more cleanly than it did against Lights FC with the need for a win never more important.

There’s plenty to talk about when it comes to the opportunities USL Championship has expansion has offered young players across the country in terms of youth development and the opportunity to compete at the professional level, but in some circumstances those opportunities have also appeared for talented local players who never thought they get the opportunity to step into the local ranks. Take for example El Paso Locomotive FC’s Chapa Herrera, who last Saturday night against New Mexico United made his 50th appearance for the club across the regular season and playoffs, becoming only the seventh player to do so in Locomotive FC’s short history.

An El Paso native, Herrera was working in building construction and playing in local amateur leagues when he competed at a local Alianza de Futbol event in 2018 being scouted by Locomotive FC Head Coach Mark Lowry. His potential saw him earn an invite to the club’s tryouts later in 2018, and soon enough Herrera was able to trade in his roofing tools for a pair of cleats full-time.

“It’s really amazing. I never thought it would come so quick,” said Herrera this week. “I’m just grateful for Mark and Locomotive for giving me the opportunity and trusting in me. This is only the beginning and I’m still working hard to get in more games.”

Herrera is the latest player to reach the 50-game milestone this season for Locomotive FC, with goalkeeper Logan Ketterer sitting at the top of the list with 63 appearances across the regular-season and postseason in club history. The 25-year-old’s story, though, is one of the better ones in the Championship, akin to those of players like Jamie Vardy or Ian Wright who broke into the professional ranks at a later age than most.

“When we brought him in three years ago, he was kind of an amateur player, playing in local leagues, working a building site. If you had said to me, he would get 50 appearances for the club, I might not have believed it. We knew he had potential. Every season he has gotten better and stronger. He applies himself every day.”