PITTSBURGH – Look at the career arc of Russell Cicerone, and you might have gotten an inkling that the way he’s performing this season for Pittsburgh Riverhounds SC was coming.

After back-to-back seasons with five goals for Saint Louis FC – including last year where his first season of double-digit scoring might have been on the cards as he helped drive the side to the Championship Playoffs if not for the abbreviated campaign – this year has seen a step up in productivity for the 26-year-old, now in his fifth campaign in the professional ranks.

With seven goals and two assists, Cicerone has already surpassed his total of the past two seasons and is helping lead a Hounds side that has become accustomed to success since the arrival of Head Coach Bob Lilley as it battles the Tampa Bay Rowdies for top spot in the Atlantic Division.

So, is this the breakout individual campaign it looks like from the outside?

“I definitely think so,” said Cicerone this week. “Every year, you gain more experience, you find better positions, you know what to do a little bit more. I think I’m really starting to hit my stride in becoming one of the top players in the league.”

That’s a big statement given the talent level in the Championship right now, but Cicerone’s performance is deserving of it. He currently sits just outside the top tier in terms of attacking performance in the league this season, ranking sixth in combined Expected Goals and Expected Assists at 7.68xG+xA according to American Soccer Analysis, and has reached that mark in 273 fewer minutes than he logged last season while surpassing his 2020 totals. 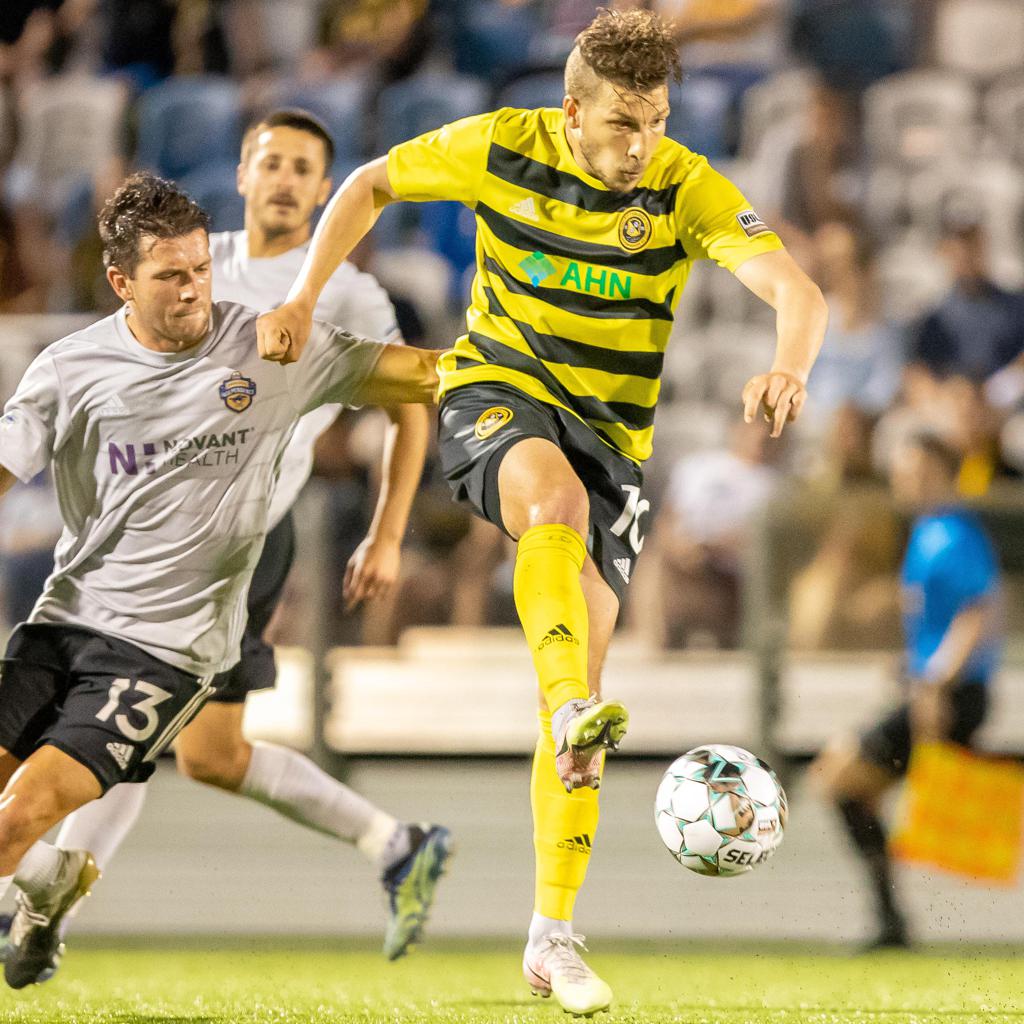 What’s more, Cicerone is adding new skills through the variety of positions he’s been asked to play this year. Previously used generally as an out-and-out winger, he’s been played in central midfield and as a central striker this season, diversifying his game and in his words making him “a more complete player.”

“Personally, I think it’s been good for me,” said Cicerone, also noting the benefit the versatility multiple players have shown has had for the team. “When we keep throwing new formations, shuffling the lineup, it puts other teams on edge because we have the depth to throw out numerous different lineups that are going to be good, that are going to go out and compete.”

Part of Cicerone’s individual success is a natural continuation of what brought him to this point of his career in the first place. He was a standout at the USL League Two level with the Michigan Bucks – now the Flint City Bucks – where he helped the side claim the title in 2016 with 12 goals and three assists in the regular season and another four goals and two assists in the club’s postseason run. After starting his career in the Championship with the Portland Timbers 2 in 2017, a move to the high-powered FC Cincinnati side that won the league’s Regular Season Title in 2018 helped start Cicerone’s own ascent.

“Because we had so many good players there, the practices were so competitive, people trying to fight for spots, trying to get into the [gameday] 18,” said Cicerone. “It was a great group of guys, so many talented players to try and put yourself against players like that. [2018 Championship MVP] Manu Ledesma and myself were playing the same position, so trying to compare myself to him and stuff like that.

“When you’re winning games, everything is fun and I think midway through the coaching staff started to realize I was a high-level player and I got to start getting into the 18, got some minutes and scored a couple of goals. It was a fun season for me.”

The Hounds are starting to have similar levels of fun on the field, especially in the attacking third where the pieces are starting to come together cohesively after a slow start to the year. Pittsburgh’s 3-1 win against the New York Red Bulls II last Friday provided a bigger glimpse of that potential as the side’s ability to play quickly upfield was on display. That’s a trait that the Hounds are looking to accentuate when they’re in possession according to Cicerone, while the team is also working to become better at pressing as the game in the Championship follows the broader trend of becoming one of high-leverage situations and greater speed of mind and body.

“Since I’ve been playing in the league the game has definitely gotten a lot faster,” said Cicerone. “Players are a lot more athletic, teams are pressing more, trying to win the ball higher up the field to try and turn those high-press moments into attack, and I think that’s the way the game’s gone. Even if you watch the Premier League, the presses teams like Liverpool or Man City put on, it’s just the way the game’s going.

“I think it suits us, and I think we’re getting better at it each week. We started off the season a little bit slow but in the last games we’ve been coming out strong and I think we look like a top team.” 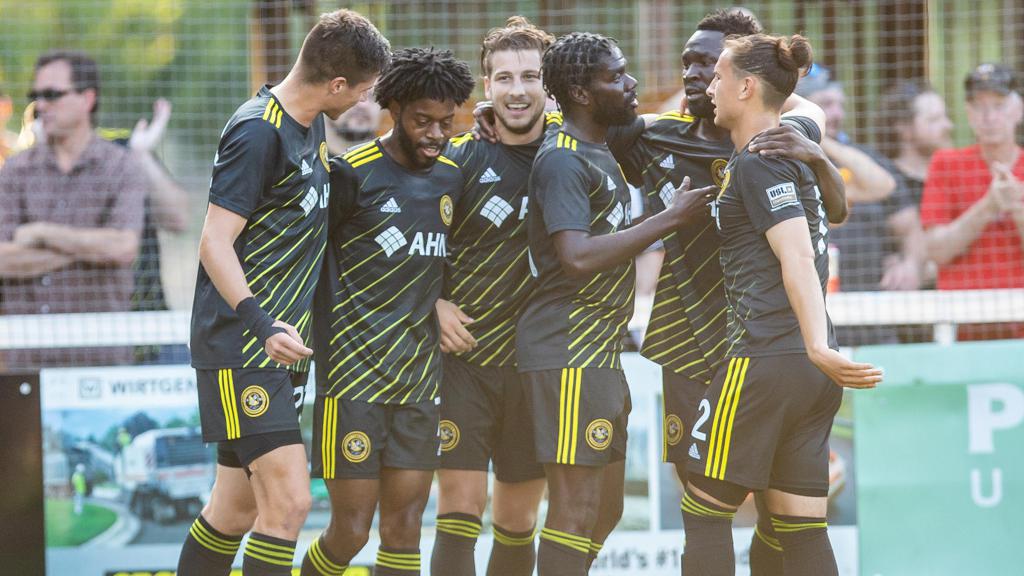 Earning team success – especially in the postseason – would add the final part the Hounds have lacked since Lilley took over. Since the start of the 2018 season, Pittsburgh is 53-17-29 in the regular season, sporting the third-most wins in the Championship and the fewest defeats among teams to have competed throughout those three-and-a-half seasons. The side has yet to advance to an Eastern Conference Final, though, with defeats to Louisville City FC each of the past two years ending their postseason hopes.

With new arrivals like Cicerone and Todd Wharton – who also made the jump from Saint Louis this offseason – and Alex Dixon – who won the USL Championship Final with Lilley earlier in his career in Rochester – adding to an already established group that includes the talent of Kenardo Forbes, Danny Griffin and Anthony Velarde with Albert Dikwa at the top of the attack, the Hounds look primed to be a serious challenger again when the postseason arrives.