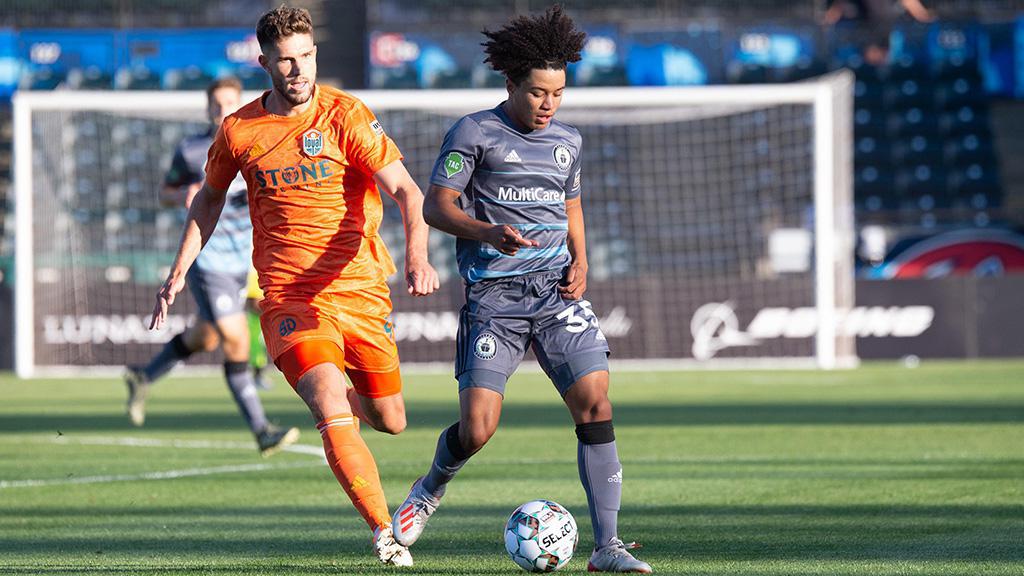 TACOMA, Wash. – Tacoma Defiance opens a four-game homestand on Thursday night as it welcomes San Diego Loyal SC to Cheney Stadium with the hosts aiming to kickstart their playoff challenge and the visitors hoping to bounce back from defeat last time out. Kickoff is scheduled for 10 p.m. ET.

@TacDefiance (3-4-4, 13pts) returns to action for the first time since July 11 when it played to a 1-1 draw with the LA Galaxy II at Dignity Health Sports Park. Alfonso Ocampo-Chavez scored for the Defiance that evening, but alongside Sota Kitahara will be unavailable for selection on Thursday following the loan of both players to Austrian club FC Pinzgau Saafelden for the remainder of the season. The Defiance enter the game three points back of Las Vegas Lights FC for fourth place in the Pacific Division but with four games in hand on both Lights FC and the LA Galaxy II, giving the side a chance to make a move over the upcoming two weeks of home contests. The Defiance will be hoping to start off with a repeat of the performance it put in against SD Loyal when the sides met on May 13 in a 3-1 victory that saw Carlos Anguiano, Alec Diaz and Danny Robles all find the net.

@SanDiegoLoyal (6-5-3, 21pts) will arrive in Tacoma looking to avoid a repeat of that performance and to rebound from a 1-0 defeat to Phoenix Rising FC last Saturday night that saw the side fall for the first time this season at Torero Stadium. SD Loyal’s nine-game undefeated streak also came to an end as Phoenix’s defense stifled the club’s attack, allowing no shots on goal for the game. San Diego can move into second place in the Pacific Division with a victory on Thursday night, however, following Orange County SC’s defeat to Las Vegas Lights FC on Tuesday kept SD Loyal a point behind its California rival in the standings. San Diego also has positive memories of Cheney Stadium from its inaugural season, where it was the site for the club’s first victory in the Championship a year ago.