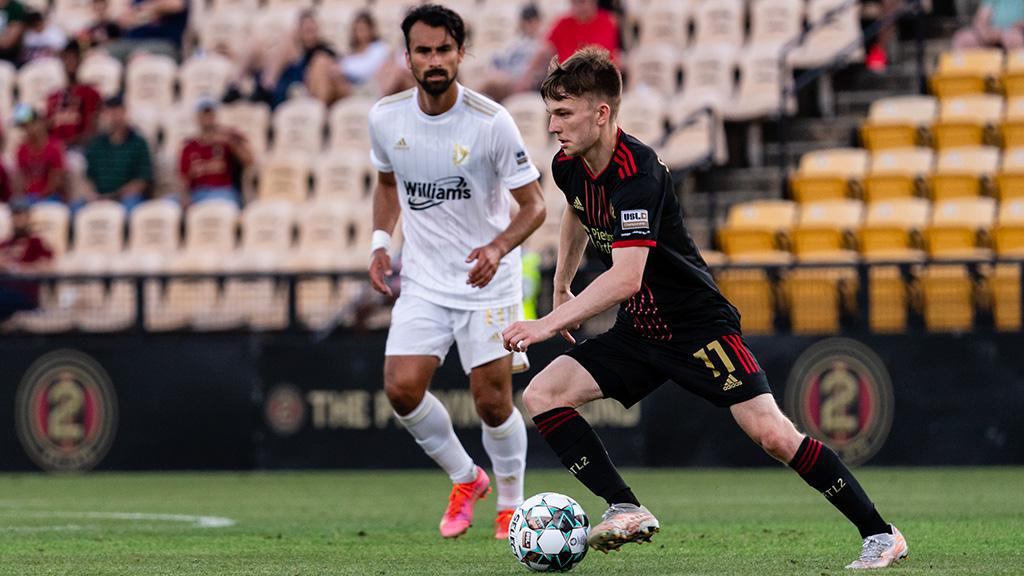 Atlanta United 2 took victory against FC Tulsa when the sides met earlier this season at Fifth Third Bank Stadium but are now looking to snap a seven-game winless streak as the teams meet against on Wednesday night. | Photo courtesy Atlanta United 2

KENNESAW, Ga. – Atlanta United 2 will play host to FC Tulsa for the second time this season at Fifth Third Bank Stadium on Wednesday night with the visitors both looking to rebound from defeat last time out and to banish the memory of their first trip to Georgia this season. Kickoff is scheduled for 7:30 p.m. ET.

@atlutd2 (3-6-5, 14pts) returns to action on Wednesday after most recently falling 2-0 to Louisville City FC on July 17 in its most recent outing, a defeat that extended the club’s winless streak to seven games. Atlanta now sits in seventh place in the Central Division standings, four points out of the playoff places, after being held scoreless in consecutive games for the first time this season. The hosts will be looking to rekindle the form it found when Tulsa first visited on May 19 when they scored four goals in the space of 13 minutes at the end of the first half as Aiden McFadden scored twice on the way to a 5-0 victory. McFadden still leads the team with five goals overall this season, while Will Reilly has recorded two assists.

@FCTulsa (6-6-1, 19pts) will be looking to avoid a repeat of that prior meeting as it looks to solidify its position in the Central’s playoff positions after falling 1-0 to Memphis 901 FC at AutoZone Park this past Saturday. A goal late in the first half proved the difference for the hosts as Tulsa dominated possession but saw its best chances stifled by a resilient 901 FC back line. The outing was only the third time Tulsa had been held scoreless this season with the side sitting tied for sixth in the Championship with 21 goals in 13 games this season. The side could see the return from international duty of forward Joaquin Rivas, whose run with El Salvador at the 2021 Concacaf Gold Cup came to an end on Saturday night despite Rivas recording his second and third goals of the tournament in a 3-2 loss to Qatar. Rivas had scored five goals in seven games so far this season for Tulsa and would add back another big attacking piece alongside Rodrigo da Costa.