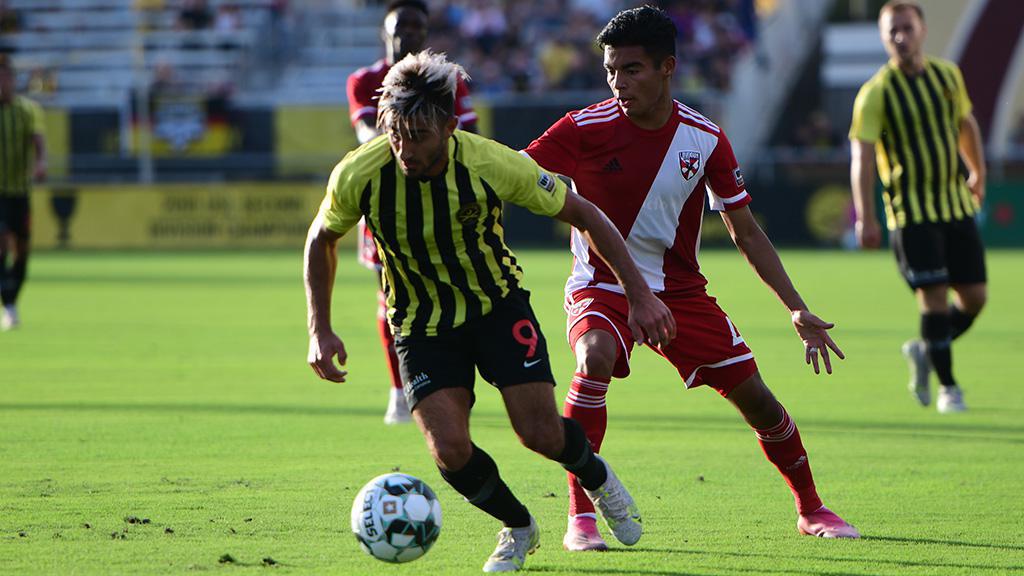 LEESBURG, Va. – The Charleston Battery will try to build on consecutive victories in their last two outings as they head to face Loudoun United FC at Segra Field on Tuesday night for the second time this campaign with the hosts looking for a breakout performance of their own. Kickoff is scheduled for 7 p.m. ET.

@LoudounUnitedFC (2-11-0, 6pts) fell for the fourth consecutive game on Saturday night as it fell behind early against the Tampa Bay Rowdies and was unable to come back in a 3-1 defeat at Al Lang Stadium. Loudoun’s Nicky Downs scored with 20 minutes to go to make it a one-goal game, but the hosts responded four minutes later to restore their cushion to keep United seven points adrift at the bottom of the Atlantic Division standings. Loudoun is looking for its first win in almost a month as it enters Tuesday’s contest, having last earned victory in a 2-1 win against Pittsburgh Riverhounds SC on June 30 in a contest that saw both Ted Ku-DiPietro and Jovanny Bolivar find the net against the postseason contenders.

The @Chas_Battery (5-4-3, 18pts) earned their second consecutive win last Friday night with a 2-0 victory against the Charlotte Independence as Nicque Daley and Joel Bunting both scored in the second half at Patriots Point. The story of the night, though, was goalkeeper Joe Kuzminsky, who saved a first-half penalty kick and then provided the assist on Bunting’s goal in the third minute of second-half stoppage time to become the first player in the Championship to record a penalty kick save, an assist and a shutout in league history. Daley’s goal was his second in as many games and helped move the Battery above the Independence into fifth place in the Atlantic Division. The side sits five points back of fourth-placed Miami FC going into Tuesday’s game, but has three games in hand and has earned victories in each of its prior two meetings with Loudoun this season, including a 3-0 victory when the sides last met on June 26 when Daley scored twice alongside a finish by Stavros Zarokostas.