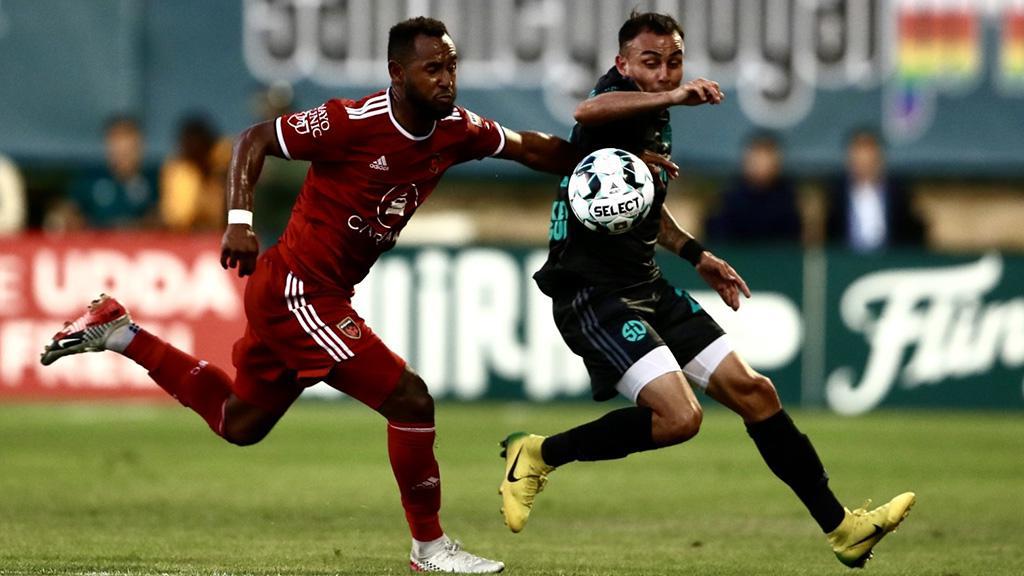 SAN DIEGO – San Diego Loyal SC and Phoenix Rising FC will wrap up their four-game regular season series on Saturday night at Torero Stadium with the hosts looking to maintain their undefeated home record this season and close the gap to Phoenix at the top of the Pacific Division standings. Kickoff is scheduled for 10:30 p.m. ET.

@SanDiegoLoyal (6-4-3, 21pts) returns to action after claiming a 2-1 victory against fellow Pacific Division contender Orange County SC on July 14 as goals by Callum Montgomery and Tumi Moshobane rallied the side from a goal deficit despite being a man down for the final 30 minutes after Grant Stoneman was sent off for two yellow card offenses. Stoneman will be available for Saturday’s game, however, after the first yellow card was successfully appealed and rescinded by the U.S. Soccer Independent Review Board. San Diego is now on a nine-game undefeated streak and has won five of its past six games, including a 2-1 win against Rising FC on June 5 when the sides last met at Torero Stadium. Jack Blake – who this week signed a new contract through the 2023 season – scored both goals in that contest and has scored three times overall against Phoenix this season going into Saturday’s game.

@PHXRisingFC (8-2-2, 26pts) is on a four-game undefeated streak since that setback, though, which has allowed the side to move five points clear at the top of the Pacific with a game in hand on both San Diego and Orange County. The side took a 5-0 victory against the LA Galaxy II last Saturday night in its most recent outing as Solomon Asante notched one goal and three assists to earn Championship Player of the Week honors. Saturday is set to mark Asante’s 100th game for Rising FC in the Championship across the regular season and playoffs, with his outing last week moving him to 40 assists in the league’s regular season for his career, one behind current all-time leader Kenardo Forbes of Pittsburgh Riverhounds SC. Asante has been held without a goal or assist by SD Loyal so far this season, though, a fact he will be eager to change as the visitors look to add to their lead in the division.