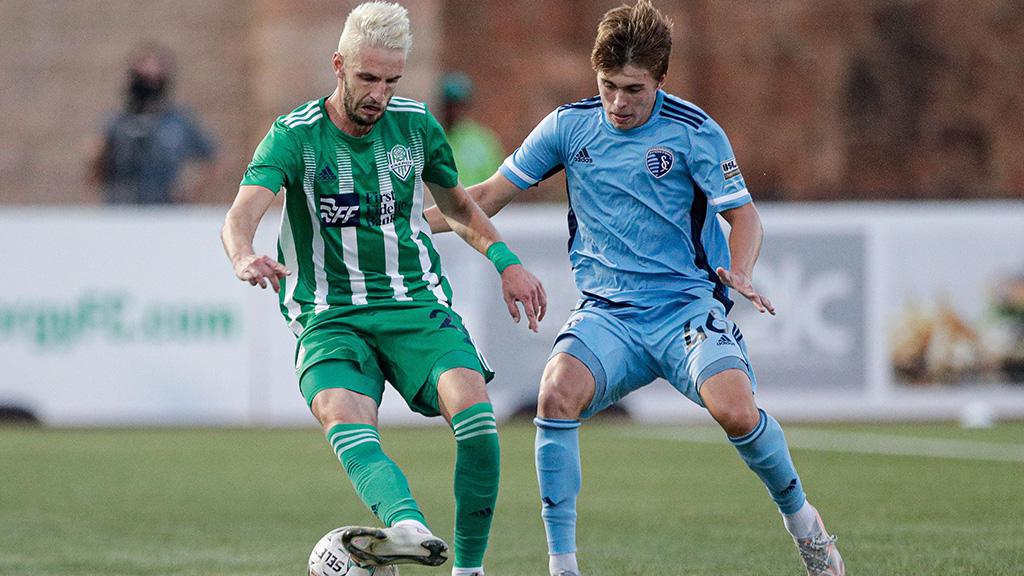 OKLAHOMA CITY – OKC Energy FC plays host to Sporting Kansas City II at Taft Stadium on Saturday night aiming to build off its dramatic late win last time out that sent the side into the playoff positions in the USL Championship’s Central Division for the first time this season. Kickoff is scheduled for 8:30 p.m. ET.

@EnergyFC (4-5-5, 17pts) grabbed a 2-1 victory against in-state rival FC Tulsa last Saturday night as Hiroki Kurimoto scored in the sixth minute of second-half stoppage time for a result that not only evened the Black Gold Derby series this season but sent OKC into fourth place in the Central Division at the end of the night’s action. Kurimoto had earlier notched an assist on Frank Lopez’s goal to earn Championship Team of the Week honors as Energy FC’s overall upswing in form since the appointment of Leigh Veidman as interim Head Coach continued, with the side having now won four of its last six games after going winless in eight to start the season. Among those victories was a 1-0 result against SKC II on June 23 at Taft Stadium that saw the club’s leading scorer Villyan Bijev score the lone goal late in the first half. That result still stands as OKC’s lone home victory of the season, however, a record the side will be looking to improve on in the coming weeks.

@SportingKCII (3-7-4, 13pts) has also shown signs of improvement in recent outings as well, with its 1-0 victory against Atlanta United 2 in its most recent outing on July 10 the club’s second in its last three games. Sporting’s Enoch Mushagalusa scored the lone goal against Atlanta before the side held on late to secure victory, and the Congolese winger has been one of the bright points of the season so far for his side with a team-leading five goals in addition to 12 key passes, good for second on the team. SKC II has earned two of its three wins this season on the road and has also won twice in five prior visits to Oklahoma City as it looks to claw its way back into the playoff conversation in the Central Division.