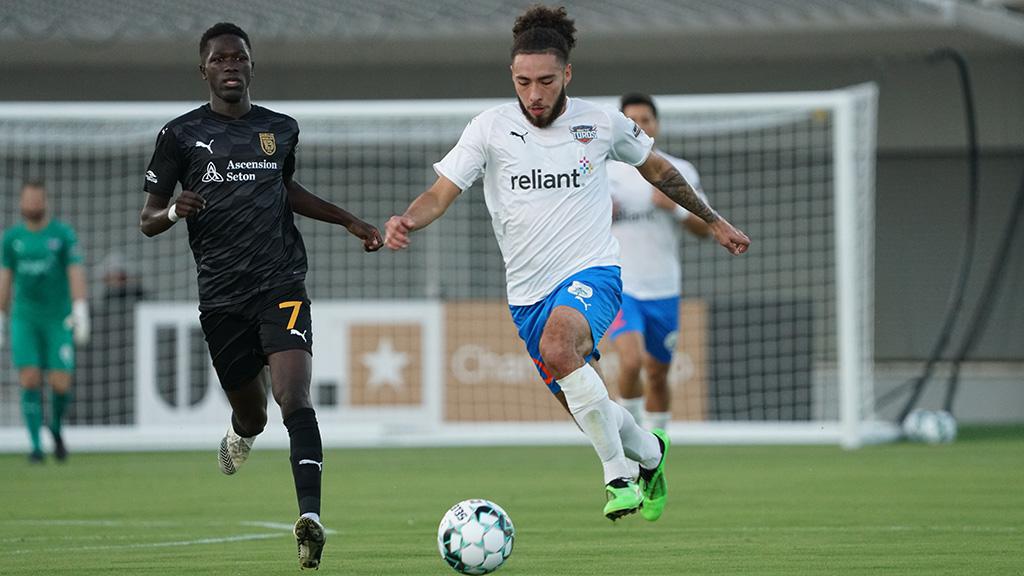 Austin Bold FC and Rio Grande Valley FC played to a 1-1 draw in their most recent meeting, but Bold FC has earned three wins in four prior visits to H-E-B Park as the Copa Tejas rivals meet on Saturday night. | Photo courtesy Austin Bold FC

EDINBURG, Texas – Rio Grande Valley FC and Austin Bold FC square off for the third time this season on Saturday night at H-E-B Park with the Toros looking to both build on a positive result on the west coast last week but also earn their first win against Bold FC this season. Kickoff is scheduled for 9 p.m. ET.

@RGVFC (7-3-3, 24pts) took a 2-0 victory against the Pacific Division’s Orange County SC last Saturday night as Juan Carlos Azocar scored early before the visitors put in an impressive defensive display at Championship Soccer Stadium to keep pace with El Paso Locomotive FC at the top of the Mountain Division standings. Azocar and Rodrigo Lopez – who also scored from the penalty spot to put the result against Orange County away – have now each recorded two goals and one assist over a three-game undefeated streak for the Toros that has seen the side solidify its two-two position as results elsewhere I the division has seen teams fluctuate in form. RGVFC will be looking for a little revenge on Austin on Saturday, however, after Bold FC handed the side its first home loss this season back on June 16.

That June 16 victory for @AustinBoldFC (5-3-4, 19pts) was its third in four visits to H-E-B Park in its history as Fabien Garcia scored deep in second-half stoppage time to earn a 2-1 win. Since then the teams played to a 1-1 draw at Bold Stadium on July 7, part of Bold FC’s current four-game undefeated streak that continued last Sunday night with a 1-0 win at home to Real Monarchs SLC and moved the side into fourth place in the Mountain Division. Bold FC’s defense has been among the best in the league so far this season with goalkeeper Elliot Panicco sitting on six shutouts and a 0.40 goals-against average while on loan from Nashville SC of Major League Soccer. As congested as the middle of the division is, however, Austin will be hoping to work its road magic again and close the gap on the top two in the standings with all three points.