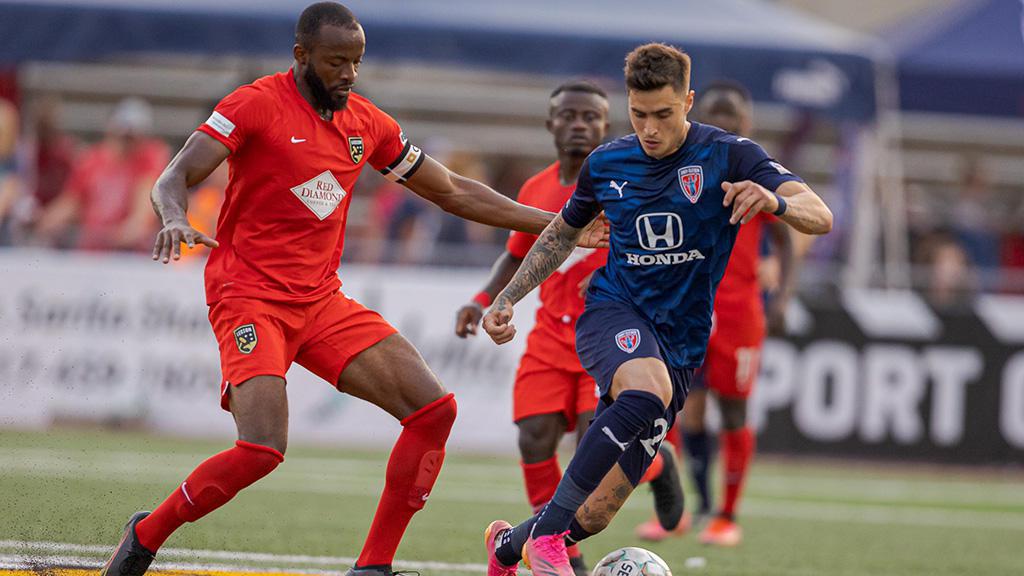 Indy Eleven has won only once at home so far this season and is looking to break a four-game winless streak overall as it welcomes Birmingham Legion FC back to Michael A. Carroll Stadium on Saturday night. | Photo courtesy Trevor Ruszkowski / Indy Eleven

INDIANAPOLIS – Indy Eleven plays host to Birmingham Legion FC on Saturday night at Michael A. Carroll Stadium with the hosts in need of a return to the win column on home turf against a Legion FC side that enters the weekend comfortably in second place in the Central Division. Kickoff is scheduled for 7 p.m. ET.

@IndyEleven (4-5-4, 16pts) played to a third draw in its past four outings last Saturday night in a 1-1 result against Memphis 901 FC that extended the club’s winless streak to four games. Indy’s Nick Moon scored early in the second half for the hosts but that was quickly cancelled out as Memphis took its second result of the season at The Mike to keep the Boys in Blue from victory. The result saw Indy slip out of the playoff positions in the Central Division, passed by OKC Energy FC in the standings, and continued a tough run of form at home this season. The side has won only once at Carroll Stadium this season, a 2-0 win against Sporting Kansas City II on May 22, going 0-3-2 in its last five outings as the club’s attack has three goals in that span.

@BHMLegion (7-4-1, 22pts) was one of the sides to hand Indy defeat during that recent run at home as Neco Brett scored the only goal of a 1-0 win on July 3 that evened the regular-season series this year. Legion FC has also had its own attacking difficulties at times this season, though, including in a 1-0 defeat to Memphis on July 10 in its most recent outing, with Brett’s eight goals putting him tied for second in the Championship but the rest of the team having only added three other tallies this season. Despite that, Birmingham has been consistently near the top of the Central Division thanks to a solid defense that has conceded only nine goals and seen goalkeeper post five shutouts and a 0.75 goals-against average, good for third-best in the league so far this season in the race for the Golden Glove.