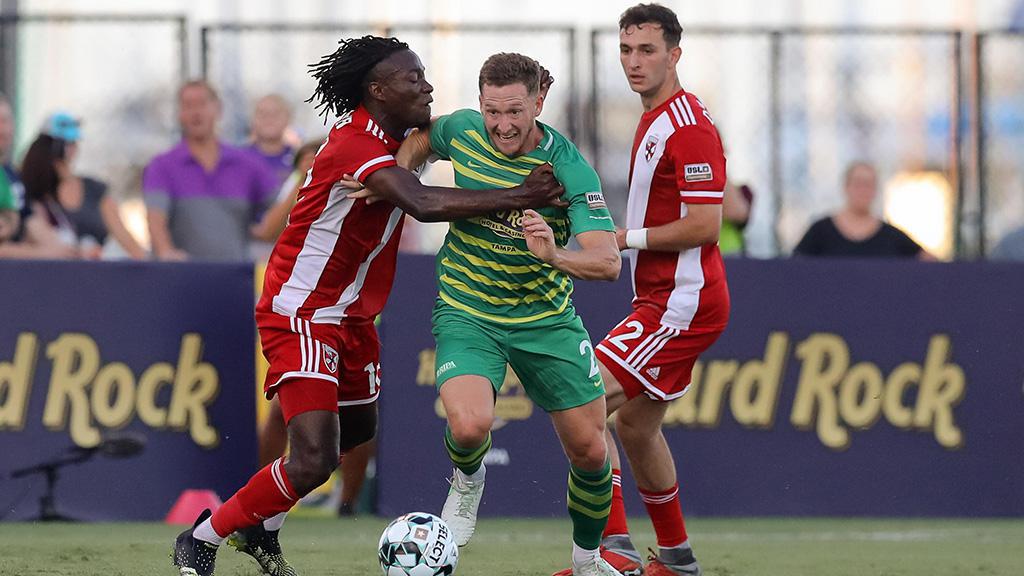 The Tampa Bay Rowdies had to rally from an early deficit to take a 2-1 victory when they played host to Loudoun United FC earlier this season, the sides meet again on Saturday night at Al Lang Stadium. | Photo courtesy Matt May / Tampa Bay Rowdies

ST. PETERSBURG, Fla. – The Tampa Bay Rowdies will try to maintain their position at the top of the Atlantic Division on Saturday night as it plays host to Loudoun United FC at Al Lang Stadium for the second time this season. Kickoff is scheduled for 7:30 p.m. ET.

The @TampaBayRowdies (8-5-0, 24pts) suffered a 2-1 defeat to Florida rival Miami FC last Saturday night to drop a third consecutive regular-season game for only the second time since joining the USL Championship in 2017. Leo Fernandes scored a second-half goal for the visitors at FIU Stadium but the Rowdies were unable to find a second goal as Miami took its second win this season to move within a point of Tampa Bay at the top of the division. The Rowdies had to fight to earn a 2-1 victory when it last faced Loudoun, too, with a late winner by Foster Langsdorf proving decisive on June 11. That result served as Tampa Bay’s first win against Loudoun in the short all-time series between the clubs, with United having earned a win and a draw in 2019 when the sides first met.

@LoudounUnitedFC (2-10-0, 6pts) also enters having lost its past three outings after a 1-0 defeat to Pittsburgh Riverhounds SC last Saturday night at Highmark Stadium. Loudoun is now seven points adrift at the bottom of the Atlantic Division standings going into the weekend’s action but has proven a difficult side than its record might indicate over the course of the campaign. The club’s attack has consistently struggled, however, recording only 10 goals in 12 games as the side has left potential points on the table throughout the season. After coming close to earning a result in its last visit to Al Lang Stadium, however, it will be hoping to continue the Rowdies’ recent struggles and earn its own boost of confidence.