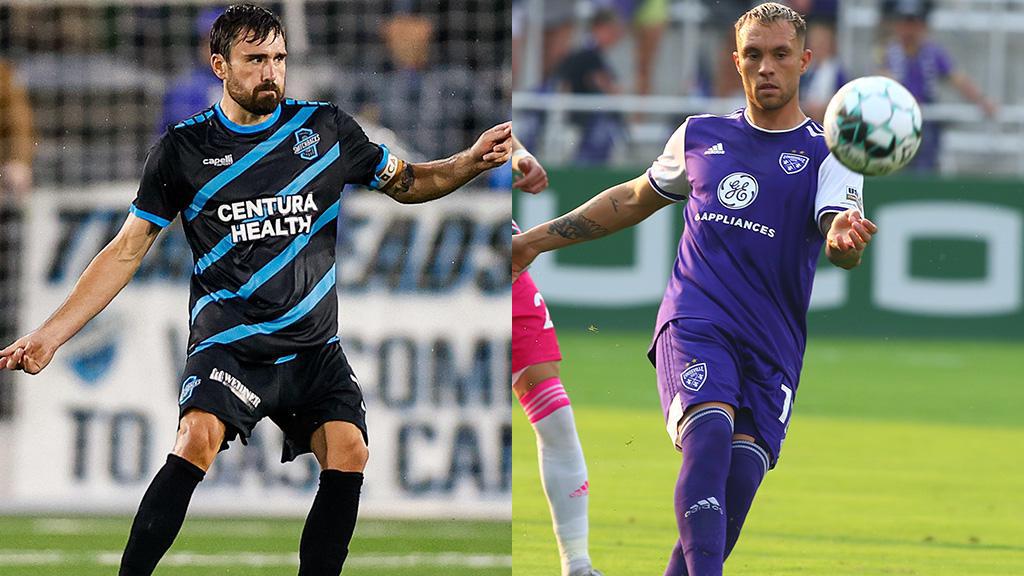 Colorado Springs Switchbacks FC defender Jimmy Ockford is set to square off against Louisville City FC's Cameron Lancaster and other former teammates when the two sides meet in an interconference matchup on Friday night at Weidner Field.

COLORADO SPRINGS, Colo. – Colorado Springs Switchbacks FC and Louisville City FC will meet for the first time on Friday night at Weidner Field in a game that is set to feature two of the best attacks in the league in an intriguing interconference clash. Kickoff is scheduled for 9 p.m. ET.

@SwitchbacksFC (5-5-2, 17pts) is looking to return to the win column in the highly competitive Mountain Division, where after back-to-back defeats it has dropped to sixth place in the standings, three points back of third-placed New Mexico United. Colorado Springs suffered a 3-2 defeat at Weidner Field last Saturday afternoon to San Antonio FC despite getting goals from Hadji Barry – his league-leading 13th of the season in just 12 games – and Zach Zandi, who marked his return from injury with a goal after coming on as a second-half substitute. With Barry leading the way, the Switchbacks sit in third place in the Championship with 23 goals in 12 games this season but have also given up 22 goals defensively resulting in their side’s contests averaging 3.75 goals per game this season. With former LouCity defender Jimmy Ockford set to go up against his former club, the hosts will be looking for a better defensive display to earn what would be an important victory.

@LouCityFC (8-3-2, 26pts) by contrast is coming off consecutive victories as it faces Western Conference opposition for the second time this season. Louisville earned a 2-0 victory last Saturday night against Atlanta United 2 as Napo Matsoso and Jimmy McLaughlin each found the net early in the second half, with McLaughlin’s outstanding finish his first since joining the club this past offseason. The contest also saw a first start in the Championship for defender Josh Wynder, who ranked as the fifth-youngest professional signing in league history to make his first start aged 16 years, 2 months, 16 days old. Louisville has recorded 28 goals this season to rank second in the league behind Phoenix Rising FC on 31 goals and has previously claimed a 2-1 win against Pacific Division contender San Diego Loyal SC on May 22 as Cameron Lancaster and Kyle Greig each found the net.