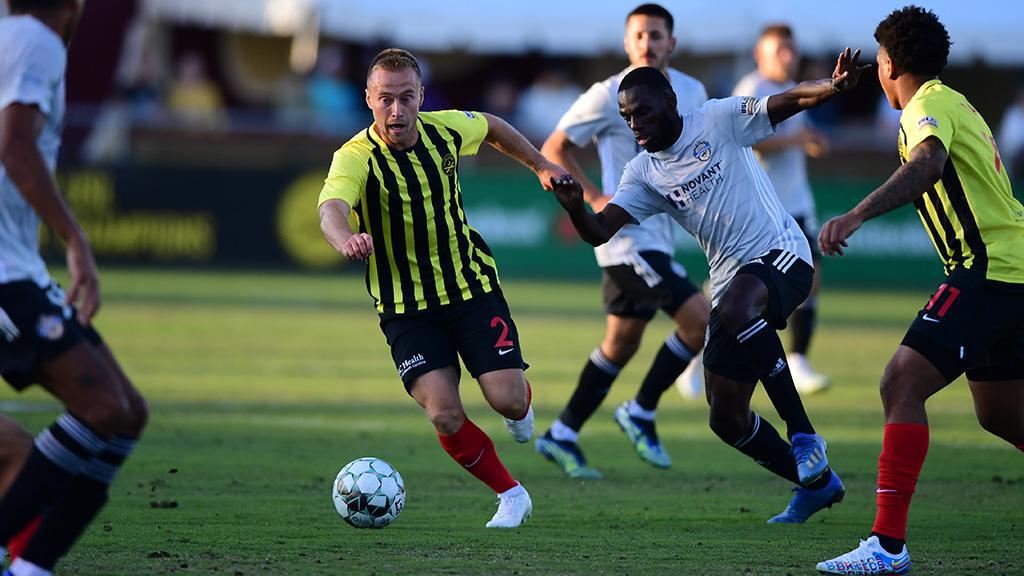 The Charlotte Independence have taken victories in both prior contests with the Charleston Battery this season, but the Battery are coming off one of their best performances of 2021 as the Southern Derby rivals meet on Friday night. | Photo courtesy Charl

CHARLESTON, S.C. – The Charleston Battery and Charlotte Independence will square off for the first official edition of the Southern Derby on Friday night at Patriots Points with both teams looking for points to push closer to the playoff positions in the Atlantic Division. Kickoff is scheduled for 7:30 p.m. ET.

The @Chas_Battery (4-4-3, 15pts) return to action after an impressive 3-1 victory against Hartford Athletic last Saturday night that snapped a three-game winless streak and equaled the side’s best attacking performance of the season. Romario Piggott and Claudio Repetto both scored long-range finishes for the hosts before Nicque Daley put the game away late, with Piggott’s goal his first of the season and Repetto’s his second in as many games after signing with Charleston mid-season. The Battery are now five points behind Hartford for the fourth and final playoff place in the Atlantic Division but are undefeated in their past five games (3-0-2) at Patriots Point. The side could have defender AJ Paterson back after the conclusion of Grenada’s campaign at the 2021 Concacaf Gold Cup on Tuesday night as it looks to build some positive momentum.

The @Independence (5-6-1, 16pts) sit a point above the Battery in the standings and are the lone side to have defeated Charleston on its home turf this campaign, however. Charlotte took a 3-0 win when the sides first met on May 14 as Irvin Parra scored twice and Marcelo Palomino once in a result that earned the side its first victory against the Battery since the 2016 season. Since then the Independence added another 3-0 win in its final game at the Sportsplex at Matthews before its move to American Legion Memorial Stadium on June 23, a game that saw former Battery player Dane Kelly score early before the hosts pulled away late. Despite winning those first two contests, however, the Southern Derby starts on Friday with the teams having agreed that the final two home-and-home games of the season – the other coming on October 16 at Memorial Stadium – would serve as the official contests for the long-standing rivalry series this campaign.