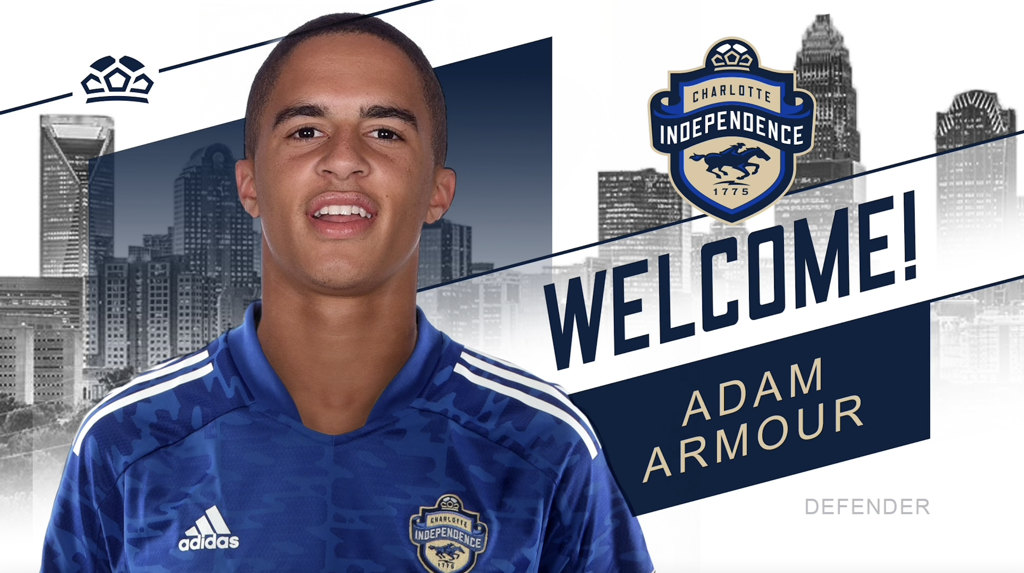 CHARLOTTE, N.C. – The Charlotte Independence announced on Saturday they have acquired defender Adam Armour on loan from Charlotte FC for the remainder of the 2021 season. Armour is a North Carolina native from Cary who played for the Capital Area Soccer League which became North Carolina FC Youth in 2017.

“We are excited to bring Adam into our team – he is a promising, young left sided player with excellent technical abilities and the ability to create opportunities in the final third,” said Charlotte Independence Head Coach Mike Jeffries. “We are appreciative of the confidence Charlotte FC has shown us in agreeing to have Adam play for us as the first stop in his professional career and wish to thank Zoran and his staff for making the loan happen.”

Armour was called up to the U.S. Men’s National U-17 Soccer Team in 2018 where he made his international debut. He played a total of 19 games with the team, including the 2019 FIFA U-17 World Cup.

In 2019, Armour signed an academy contract with USL League One’s North Carolina FC. He made his professional debut for NCFC in a friendly match against Club Necaxa. He signed his second academy contract with NCFC in 2020 before joining FC Nürnberg, a German association fútbol club, later that year.

Armour most recently signed with Charlotte FC in June 2021. He is the youngest player to sign with the club in preparation for their inaugural season which starts in 2022.

“I’m very excited to join Charlotte Independence on loan this season,” said Armour. “The environment at the club is very positive, and I feel like it is the perfect place for me to continue to grow as a player. There are a lot of experienced players and strong leaders that I can learn a lot from, and players that will definitely help me get ready for the MLS.”