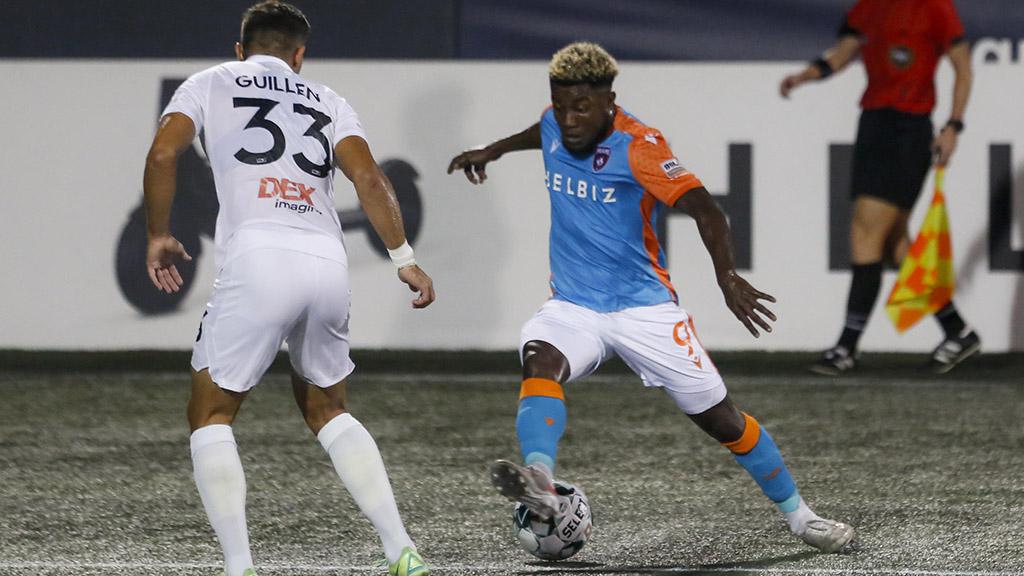 Miami FC and Christiano Francois will look to continue their positive form as they play host to Florida rivals the Tampa Bay Rowdies for the second time this season on Saturday night. | Photo courtesy Orovio Photography / Miami FC

MIAMI – Miami FC and the Tampa Bay Rowdies will face off for the second time in July on Saturday night at FIU Stadium with both sides having taken victory on home turf in their prior two meetings this season. Kickoff is scheduled for 7:30 p.m. ET.

@TheMiamiFC (6-5-2, 20pts) took consecutive wins for the first time this season after claiming a 4-1 victory against Loudoun United FC last Sunday night at Segra Field as Christiano Francois and Ariel Martinez each recorded a goal and assist apiece. Miami is undefeated in its past four games overall, doubling its point total for the season in that span, which has moved the side above the playoff line in the Atlantic Division. Among those results was a 2-1 victory against the Rowdies when the sides squared off on July 7 as Callum Chapman-Page scored the winner for the hosts with 13 minutes to go. The center back is one of five different players to have each recorded a pair of goals this season for the club, while Francois, Martinez and Pierre Da Silva have each notched three assists to sit tied for the team lead. Miami will continue to be without both goalkeeper Brian Sylvestre – who has made three appearances for Haiti while on duty at the Gold Cup in the past two weeks – and midfielders Speedy Williams and Lamar Walker, both of whom came on as substitutes in Jamaica’s opening victory at the Gold Cup against Suriname on Monday night.

By contrast, the @TampaBayRowdies (8-4-0, 24pts) are looking to rebound from their first consecutive defeats since the 2019 season as they head back to Miami after suffering a 1-0 loss to Hartford Athletic on Tuesday night at Al Lang Stadium. The hosts had numerous chances before and after Hartford took the lead, racking up the second-highest Expected Goals mark in a single game this season in the Championship of 4.81xG, but were unable to find the net in a remarkable contest overall. The side has been among the better attacking sides in the Championship overall this season, however, with Sebastian Guenzatti tied for second in the league with eight goals. Maintaining the energy the side showed against Hartford for the second game in the week could be the biggest key for Tampa Bay, though, as it looks to keep the teams chasing it in the Atlantic Division at arm’s length.