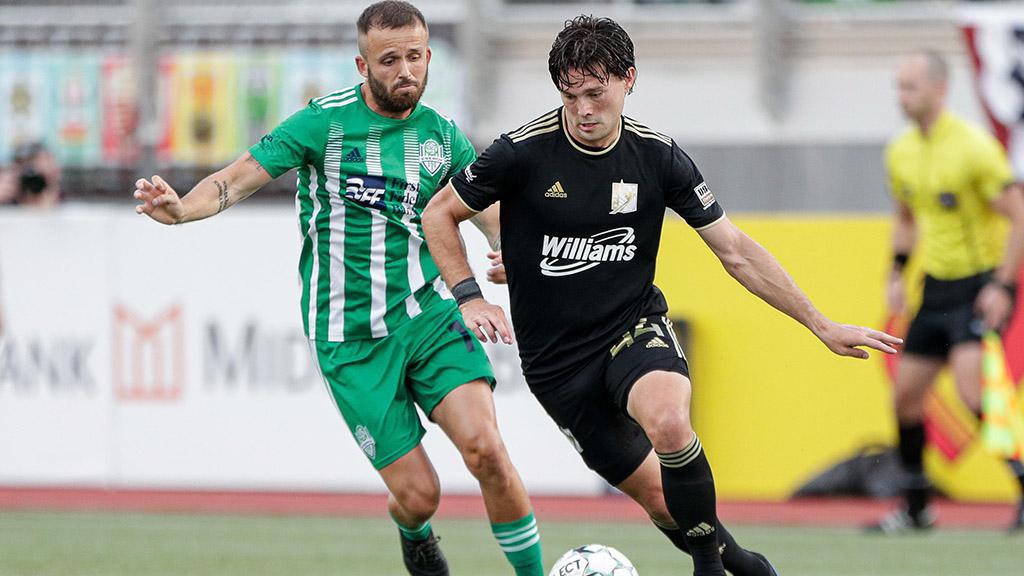 TULSA, Okla. – FC Tulsa plays host to OKC Energy FC on Saturday night for the third edition of the Black Gold Derby in the 2021 season with a chance to make a piece of club history at ONEOK Field. Kickoff is scheduled for 8 p.m. ET.

@FCTulsa (6-4-1, 19pts) has picked up a win and a draw so far against its in-state rivals, meaning with a win on home turf on Saturday night it would claim the season series and the Victory Wrench for a second consecutive season for the first time in the series’ history. Tulsa has won three of four games at home so far this season having claimed a 3-2 win against Louisville City FC in its most recent outing last Saturday night as Rodrigo da Costa recorded a goal and assist to lead the side to victory. The Brazilian has notched five goals and three assists in the past seven games to help the side deal with the absence of Joaquin Rivas on international duty, while fellow countryman Marlon has also notched three goals and Dario Suarez two goals and two assists since the start of June as Tulsa’s attack has clicked back into gear.

The lone game in its last five that Tulsa was held scoreless, however, was against @EnergyFC (3-5-5, 14pts) as the sides played to a 0-0 draw at Taft Stadium on July 2 in their most recent meeting. That performance was part of a positive run of form overall for Energy FC as it went four games undefeated under interim Head Coach Leigh Veidman, but OKC will be looking to rebound on Saturday after falling 3-1 to Louisville City FC on Wednesday night to remain below the playoff line in the Central Division. The visitors could be without both full backs as well against Tulsa, with Robert Coronado and Zach Hayden-Ellis were both forced out of the game with LouCity due to injury, adding to the potential test Energy FC’s back line could be under as it heads across the state.