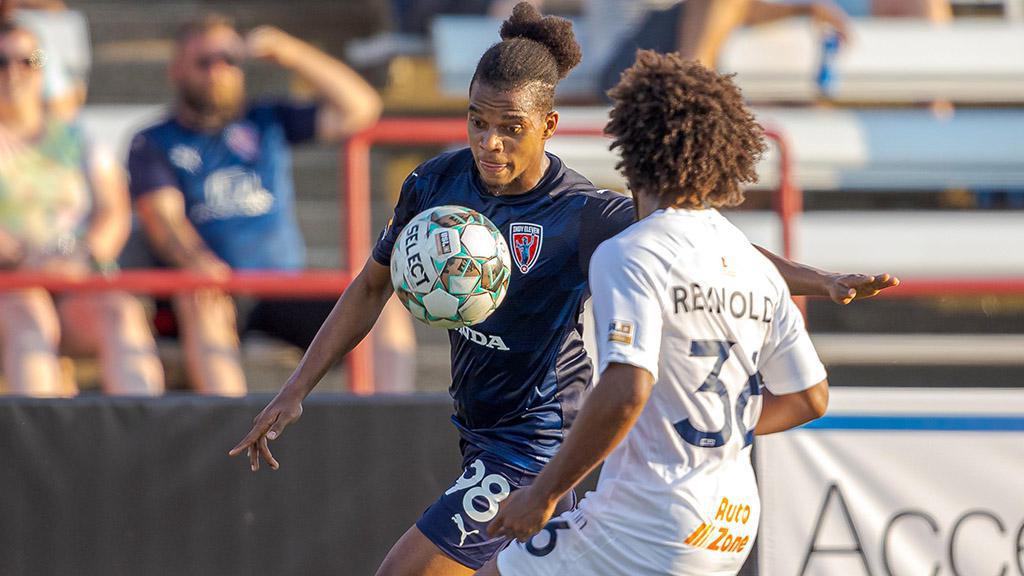 Indy Eleven is looking for its second win of the season at Michael A. Carroll Stadium on Saturday night as it faces a Memphis 901 FC side that took victory when it last visited in June. | Photo courtesy Trevor Ruszkowski / Indy Eleven

INDIANAPOLIS – Indy Eleven returns home to face Memphis 901 FC on Saturday night at Michael A. Carroll Stadium looking for just its second victory at The Mike this season in a tight race for the playoffs in the Championship’s Central Division. Kickoff is scheduled for 7 p.m. ET.

@IndyEleven (4-5-3, 15pts) saw its most recent contest against OKC Energy FC abandoned early in the second half last Saturday night as heavy rain and lightning sent the sides from the field before the game was called. The outcome left Indy still sitting on a three-game winless streak but in the fourth and final playoff place in the Central Division with two draws in three games having edged the side past Atlanta United 2. The Boys in Blue are looking for their first win in July, though, and just their second victory on home turf this season with the only prior win having come on May 22 against Sporting Kansas City II. With the lower half of the standings starting to draw closer together, a win would ensure Indy remains above the playoff line at the end of Saturday night.

@Memphis901FC (3-4-3, 12pts) returns to Indy looking for its second win at Carroll Stadium this season, however, with goals by Michael Salazar and Kyle Murphy having earned a 2-1 result when the teams last met on June 5. Murphy also found the net last Saturday night in Memphis’ most recent outing, a 1-0 victory against then-division leader Birmingham Legion FC that saw goalkeeper Kyle Morton record an eight-save shutout to preserve the club’s first at BBVA Field since the two rivals joined the Championship in 2019. Morton – who joined Memphis on loan from Houston Dynamo FC last week – was named the Championship’s Player of the Week on Tuesday for his display, while Murphy has recorded four goals in the past three games for 901 FC to help move the side within three points of Indy and the playoff positions.