With Victory in Vegas, Sacramento Hits Reset Button on Season 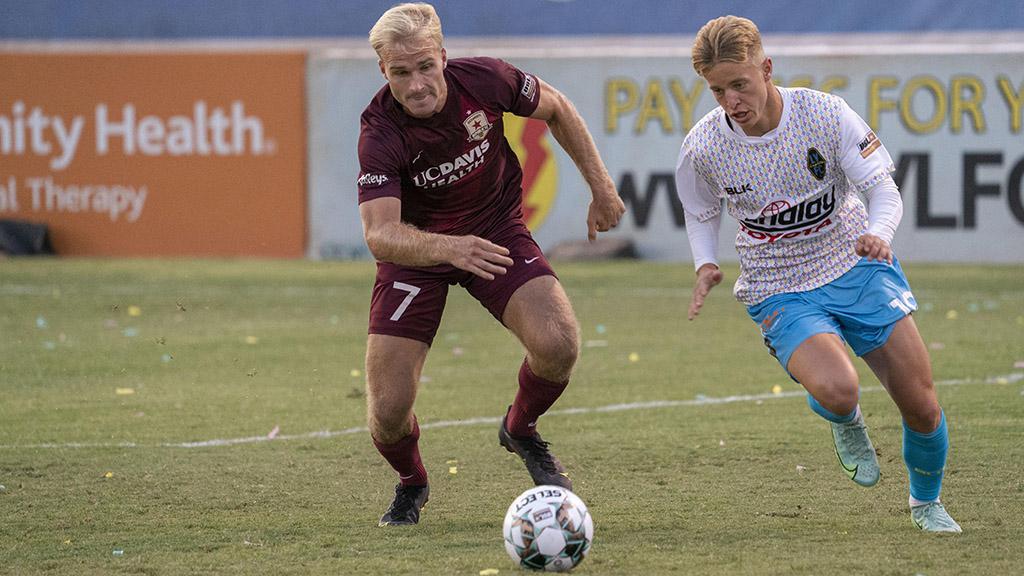 LAS VEGAS – There will arrive a time where high-flying, flowing soccer will send Sacramento Republic FC back to becoming a contender in the USL Championship’s Pacific Division.

But on Wednesday night against Las Vegas Lights FC – with the side looking to break a nine-game winless streak, by far the longest in its history – it was a time for pragmatism.

With a 2-1 victory at Cashman Field keyed by a pair of goals by Tucker Bone and a resolute defensive display that put up five blocked shots to only three that landed on target for the hosts, Sacramento pulled its way back to firmer ground in the lower half of the division’s standings.

“When you get into kind of slumps, if you will, like this, you have to come to a realization as a group that it's not going to be pretty,” said Bone. “You got to be gritty about it, you got to grind it out sometimes and that's exactly what we did tonight. We did concede – two-zero is a dangerous score in football, everybody knows this – but we knew that we just had to keep grinding.”

That grind began from the opening whistle. Having been susceptible to slow starts as it seemed the side’s confidence waned over the two-month span it had gone without a win, Sacramento put its mark on the game early against the last side it had defeated back on May 12.

A potentially frantic moment in the Las Vegas penalty area off a long-throw-in from the left was greeted with calm, first by Cam Iwasa, who controlled with his back to goal and laid off a simple pass, and then by Bone, who slotted his finish into the bottom-left corner of the net for the side’s first lead since June 2 against Oakland Roots SC. From there, the side remained compact in its own end and looked to spring forward quickly into attack to hold its hosts at bay. 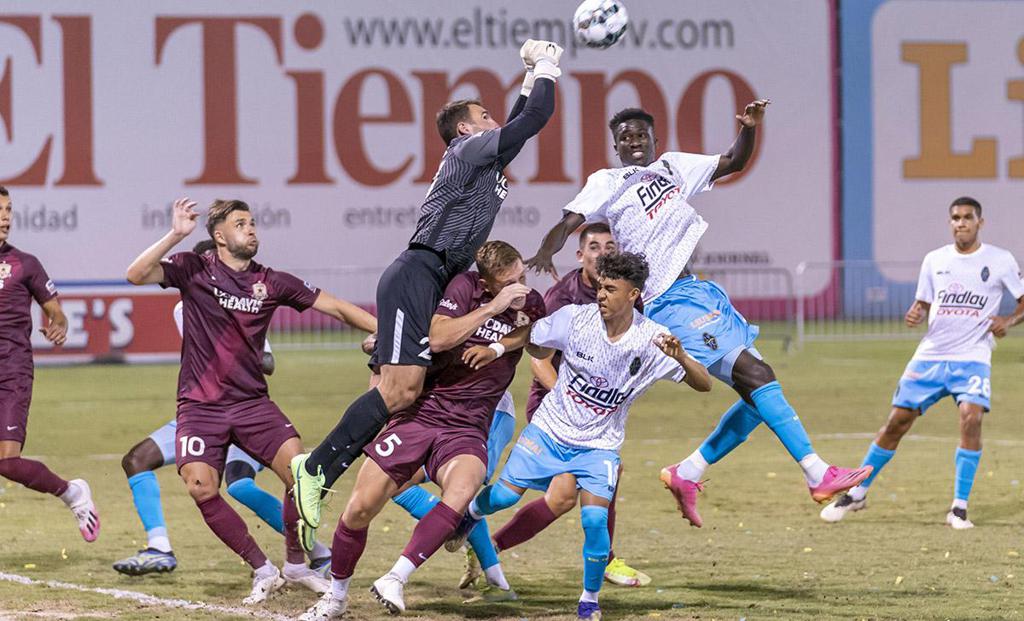 Bone’s second of the night arrived 10 minutes before halftime as he capitalized on space given him by a precise clearance from goalkeeper Tomas Gomez. After skipping past a pair of defenders on the right, his low finish to the near post earned a fifth goal of the season and a two-goal lead to defend. While Lights FC – which has also seen its own improvement following a slow start to the campaign – pulled a goal back inside the final 20 minutes to set up a big finish, the visitors were able to see their way to a win that should help change the mood in the locker room.

There is still more to be done. Republic FC could in honesty have put the game away with a third goal at certain points of the second half, a missed finish on an open goal by Iwasa after he’d taken advantage of some loose play at the back by the hosts with 12 minutes to go the most glaring example. While Republic FC will be boosted by Wednesday’s result, restoring the side’s confidence in front of goal is still a going concern.

With this weekend off before a trip to face Orange County SC for the fourth and final time this regular season on July 24, though, there will be time for the side to take a breath after hitting the reset button on its season in Vegas.

“I think seeing the performance out of everybody and that sort of mentality from everybody puts us in a really good spot as a group to really move forward,” said Bone. “We know we can win soccer games... it's a little bit of a hit to our confidence when you keep dropping games, so it’s absolutely huge for the group. I know the guys are going to be buzzing.”