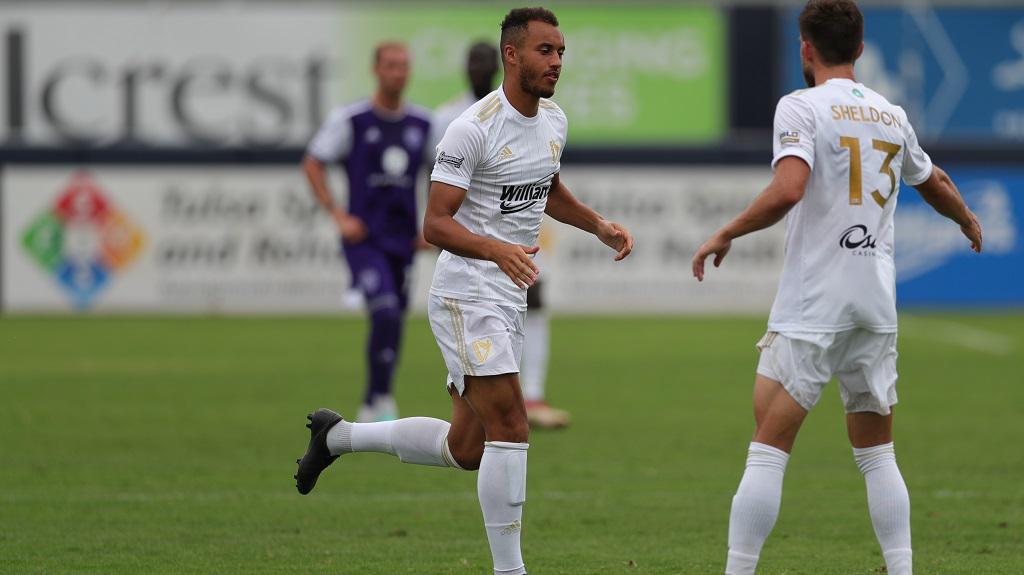 Sacramento Republic FC has acquired forward Jerome Kiesewetter for the remainder of the 2021 USL Championship season on loan from FC Tulsa, where he had recorded nine appearances so far this campaign. | Photo courtesy FC Tulsa

“Jerome is a big addition for us. He is clinical inside the box, makes vertical runs behind the defense, and is a consistent threat,” said Republic FC President and General Manager Todd Dunivant. “He brings a lot of experience to the club in the heart of the season, which will be a huge lift for our team.”

Kiesewetter has made two starts and nine appearances for Tulsa in the Championship this season after signing as a free agent after spending the 2020 campaign with Major League Soccer’s Inter Miami CF. The 28-year-old has yet to record a goal or assist this season in just under 400 minutes of action, but has recorded seven shots, four shots on goal and four key passes.

A native of Berlin, Germany, Kiesewetter previously featured in the Championship during the 2019 season when he recorded 12 goals in 28 appearances for El Paso Locomotive FC and helped the side reach the Western Conference Final of the USL Championship Playoffs in its inaugural season. Kiesewetter had previously made a pair of appearances for the United States Men’s National Team while also competing in Germany for Fortuna Dusseldorf and VfB Stuttgart in both the Bundesliga and 2.Bundesliga.

“We look forward to Jerome getting the necessary repetitions goalscorers need,” said FC Tulsa Head Coach Michael Nsien. “Jerome remains a big part of the club's plans as we continue to take further steps toward our Championship ambitions. We wish him well for the remainder of the season and look forward to his return in 2022.”

Sacramento is looking to end a nine-game winless streak as it heads to Las Vegas on Wednesday night that has sent the side into seventh place in the Pacific Division standings with one-third of its season complete. The side ranks tied for 27th in the Championship with 10 goals this season, while sitting with an 11.9 percent shot conversion rate.