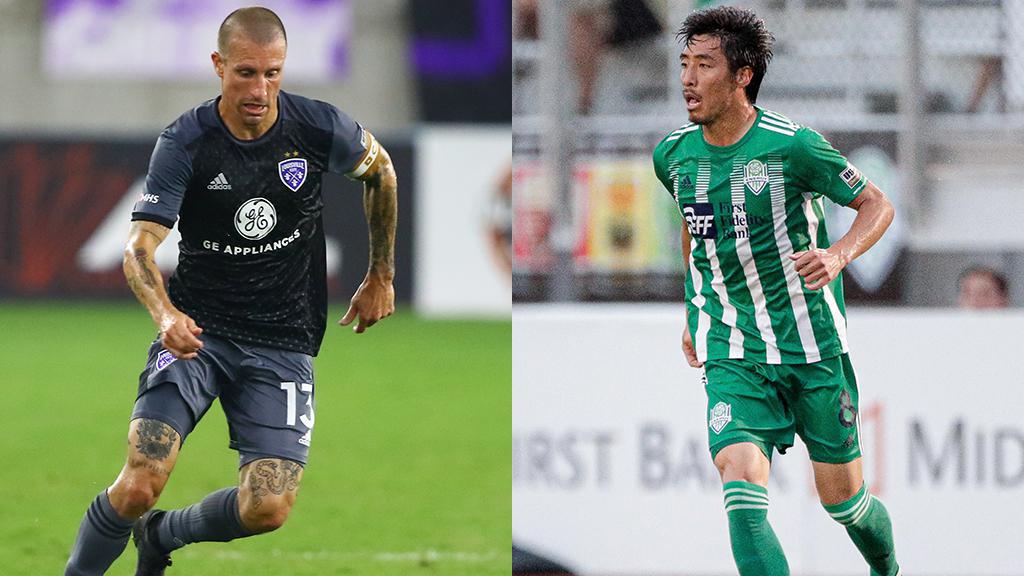 Louisville City FC's Corben Bone and OKC Energy FC's Hiroki Kurimoto could square off in midfield as their sides meet for the first time since the 2015 Championship season on Wednesday night at Lynn Family Stadium.

LOUISVILLE, Ky. – Louisville City FC and OKC Energy FC will meet for the first time since the 2015 USL Championship season on Wednesday night at Lynn Family Stadium as LouCity returns home looking to rebound from defeat in its most recent outing. Kickoff is scheduled for 7:30 p.m. ET.

@LouCityFC (6-3-2, 20pts) saw its attempt to rally come up short on Saturday afternoon as it fell 3-2 to FC Tulsa at ONEOK Field. Kyle Greig and Cameron Lancaster each found the net in Tulsa to remain 1-2 on the team in scoring, with Lancaster sitting tied for seventh in the Championship on six goals this season. Louisville can move into first place in the Central Division on Wednesday night should it take victory as it sits two points behind current division-leader Birmingham Legion FC while having played one fewer game. The host will be hoping to replicate the lone prior meeting between the teams in the 2015 season, when Matt Fondy recorded a hat trick and Magnus Rasmussen scored twice in a 6-2 victory at Slugger Field.

@EnergyFC (3-4-5, 14pts) returns to action on Wednesday after the abandonment of its game on Saturday night against Indy Eleven early in the second half as lightning and heavy rain forced the game to be called at Taft Stadium. The recent improvement in form by the side has seen it go undefeated in its past four official contest, while recording shutouts in three as goalkeeper CJ Cochran and his defense have recorded four clean sheets overall this season. Energy FC could move into the playoff positions in the Central Division with a win with the side currently one point behind fourth-placed Indy with both teams having played 12 games so far this season.