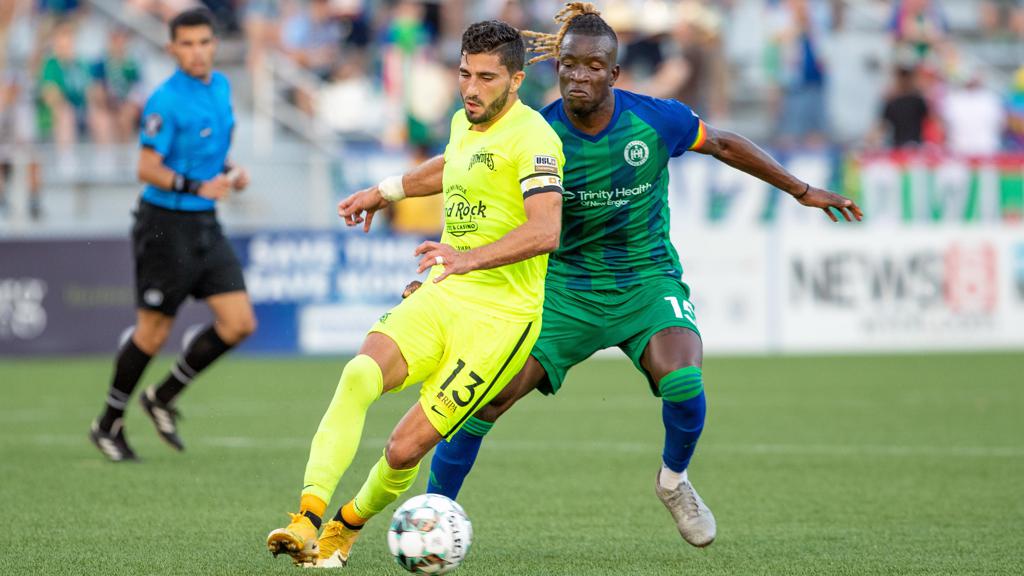 The Tampa Bay Rowdies' Sebastian Guenzatti scored the only goal as his side took a 1-0 victory against Hartford Athletic in their first meeting this season, the teams square off again on Tuesday night at Al Lang Stadium. | Photo courtesy Hartford Athletic

ST. PETERSBURG, Fla. – The Tampa Bay Rowdies will square off with Hartford Athletic for the second time this season looking to rebound from defeat in its most recent outing as the teams meet on Tuesday night at Al Lang Stadium. Kickoff is scheduled for 7:30 p.m. ET.

The @TampaBayRowdies (8-3-0, 24pts) suffered a 2-1 defeat to Miami FC last Wednesday night at FIU Stadium in their last contest, marking the first time the side had lost to its Florida rival since Miami joined the Championship last year. The Rowdies have not lost consecutive games since the 2019 Championship season, however, with the side having claimed victory in games following a defeat after each of their five most recent regular-season losses during the 2020 and 2021 regular seasons. The Rowdies earned a 1-0 victory against Hartford when it visited Dillon Stadium earlier this season as Sebastian Guenzatti recorded the only goal and claimed a 4-0 win in the lone prior meeting between the sides at Al Lang Stadium early in the 2019 campaign.

@HFDAthletic (5-2-2, 17pts) rallied late to earn a 2-2 draw with the New York Red Bulls II in their most recent outing on Saturday night at Dillon Stadium as Thomas Janjigian recorded a superb long-range strike in second-half stoppage time to earn his side a point. The Athletic will face a quick turnaround to its game with Tampa Bay, part of a stretch of three games in eight days that sees the side also visit the Charleston Battery to close the week. Hartford could take some hope from its prior meeting with the Rowdies despite the defeat, with the side putting regular pressure on the defending Eastern Conference Title-holders but missing chances – including a missed penalty kick by Juan Carlos Obregon Jr. in the second half – that could have earned the side a point. Sitting in third place in the Atlantic Division, Hartford will be hoping to close the gap to Tampa Bay at the top with a victory.