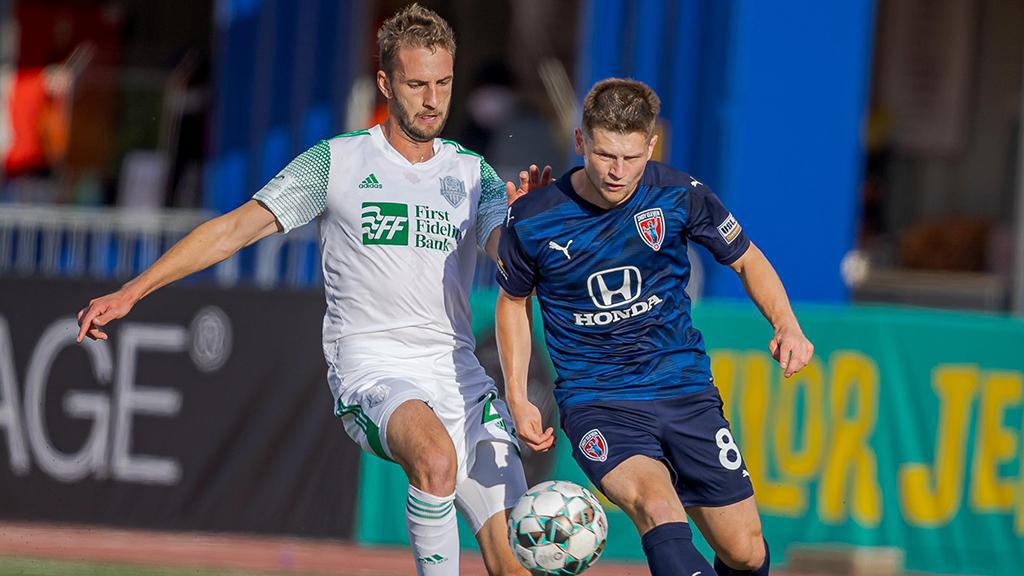 OKC Energy FC and Indy Eleven finished all square in the first meeting in their histories earlier this season, while Saturday brings Indy's first trip to Taft Stadium with a top-four place on the line in the Central Division. | Photo courtesy Indy Eleven

OKLAHOMA CITY – OKC Energy FC will try to build on its current four-game undefeated streak as Indy Eleven visits Taft Stadium on Saturday night for the first time in the second meeting all-time between the two clubs. Kickoff is scheduled for 8:30 p.m. ET.

@EnergyFC (3-4-5, 14pts) played to a scoreless draw last Friday night against Black Gold Derby rival FC Tulsa to continue its recent positive run of form, with CJ Cochran recording his fourth shutout overall and third in the past four games in the contest. Energy FC is now only one point back of fourth-placed Indy with both sides having played 12 contests this season, with the four teams sitting directly above and below the playoff line separated by two points overall. Energy FC’s defensive improvement has been at the foundation of its recent success, with the club having allowed only 16 shots on goal over the past four games and Cochran having saved 15. That has brought his goals-against average down to 1.00, tied for fifth in the Championship among Golden Glove-eligible goalkeepers.

@IndyEleven (4-5-3, 15pts) played to a 1-1 draw in its most recent outing on Wednesday night against Atlanta United 2 at Fifth Third Bank Stadium after Jordan Hamilton’s goal was cancelled out by the hosts to earn a share of the points. Indy is now winless in its past three games, having let leads slip in two of those contests as it looks to remain above the playoff line in the Central Division. Hamilton’s goal was his team-leading fourth of the season, but the side has struggled for consistency in front of goals overall with a 12.3 percent shot conversion rate and 13 goals in 12 games leaving the side in the middle of the postseason race.