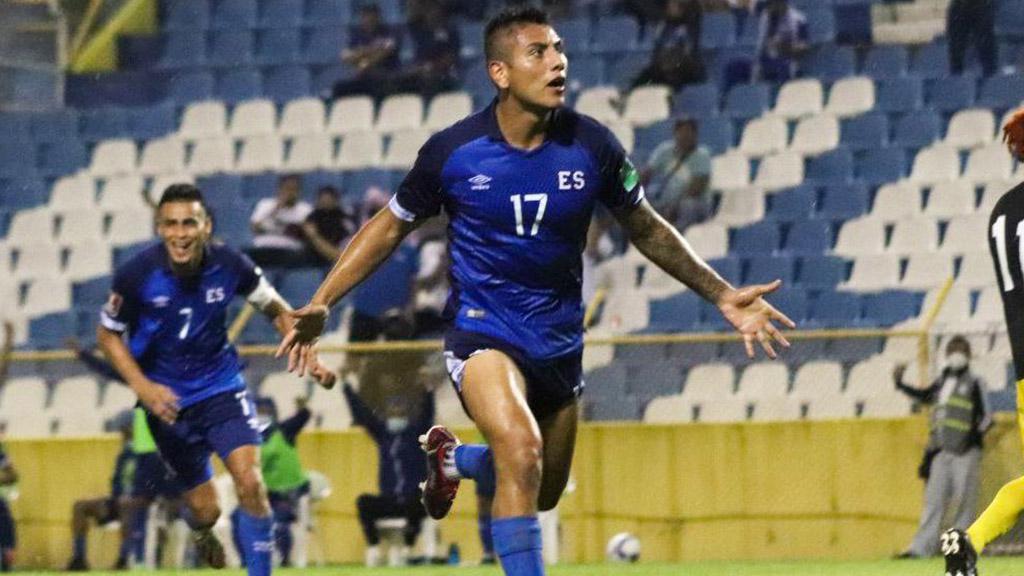 It was like something out of a movie script.

Brought on at the start of the second half for his first game at the Estadio Cuscatlan in June, 22-year-old Walmer Martinez was barely three months removed from signing his first professional contract with the USL Championship’s Hartford Athletic, and more than a year removed from his final game at NCAA Division II college Cal State Monterey Bay.

And yet, here he was, competing in 2022 FIFA World Cup Qualifying for the country of his family’s heritage, the crowd and atmosphere ringing through the venue as La Selecta looked to advance at the top of their group.

“To be honest, I felt a little nervous to begin with because I felt like all the fans were watching,” said Martinez recently. “It was the first impression they got of me, debuting in the home stadium.”

After about 10 minutes, Martinez said, those nerves began to dissipate. Then, with five minutes to go, the Santa Cruz, California native controlled possession, spun away from a defender and fired into the back of the net for his first goal in the country’s colors.

“[Once] I got that goal, I showed the fans what I can do, and I felt like they were happy with it,” said Martinez. “They were cheering me on, and it was an amazing feeling. You feel like everything slows down for a couple of seconds, it’s indescribable.”

Martinez’s route to competing at the international level might be different than most, but he is one of a collection of players currently in the Championship whose ancestry is providing the opportunity to expand their playing opportunities. Martinez has been joined in El Salvador’s 2021 Concacaf Gold Cup squad by others like New Mexico United’s Amando Moreno – a New Jersey native – and Seattle Sounders FC’s Alex Roldan – a fellow Californian – as the country looks to dip more heavily into the dual-nationals pool under current Head Coach Hugo Perez, a well-known name to many in American soccer circles for his work in the U.S. youth international ranks.

Martinez’s introduction to Perez occurred as he was still working to find a place in the professional ranks, while Perez was coaching El Salvador’s U-23 National Team ahead of Olympic Qualifying earlier this year. 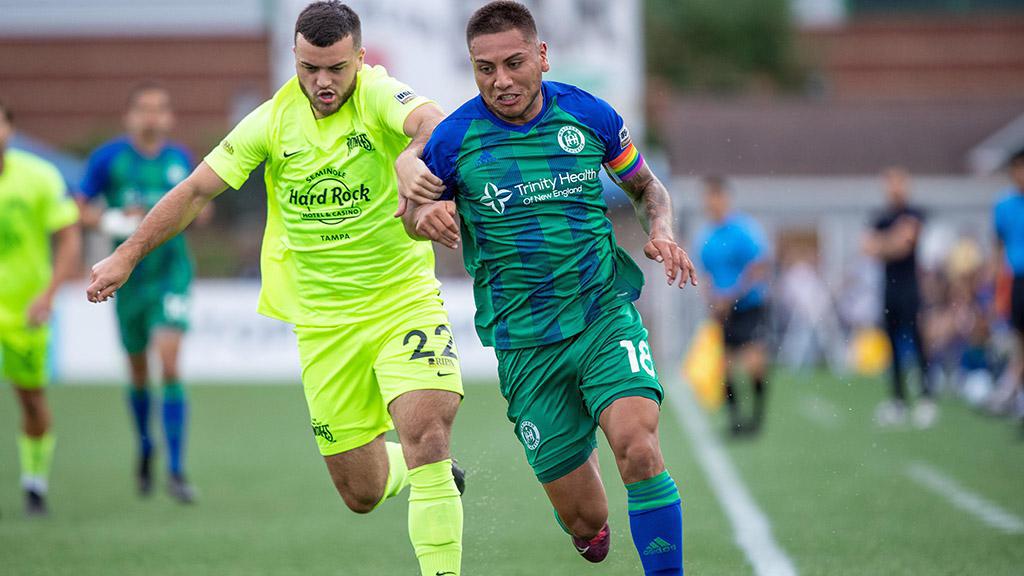 “He called me one day and we began to talk, and we found out we have a lot of mutual friends in common,” said Martinez. “I had played for former coaches that he knew and might have been involved with, and slowly he just told me to start working on my passport. … A couple of months later he got the job as the Men’s Head Coach, and then he told me he wanted to bring me in and check me out, and that’s kind of how it happened.

“He really gave me a tremendous opportunity to showcase myself out there, he gave me an opportunity to play, and things just happened very quick and started lining up for me.”

El Salvador is far from the only country that has looked to cast a wider net in Concacaf, with the battles for dual-nationals between the United States and Mexico such as Louisville City FC’s Jonathan Gomez a fully-fledged talking point for fans of both national teams. But for other countries and players, the familial connection to their homeland has meant even for those born and raised in the United States, playing for the country of their heritage and culture has long been the goal.

“To be honest, growing up I’d always wanted to represent Trinidad, just because my parents raised me with that culture,” said Memphis 901 FC midfielder and Trinidad and Tobago international Dre Fortune, who was in the United States U-15 system but switched to the Soca Warriors starting with the U-17 cycle. “I was always following the game down there and visiting – I think it was once every two years – so I was always interested in that culture and wanted to represent that side of my family. Obviously, there was opportunity from that side too, they wanted me to represent the under-17s and I happily went down that path.” 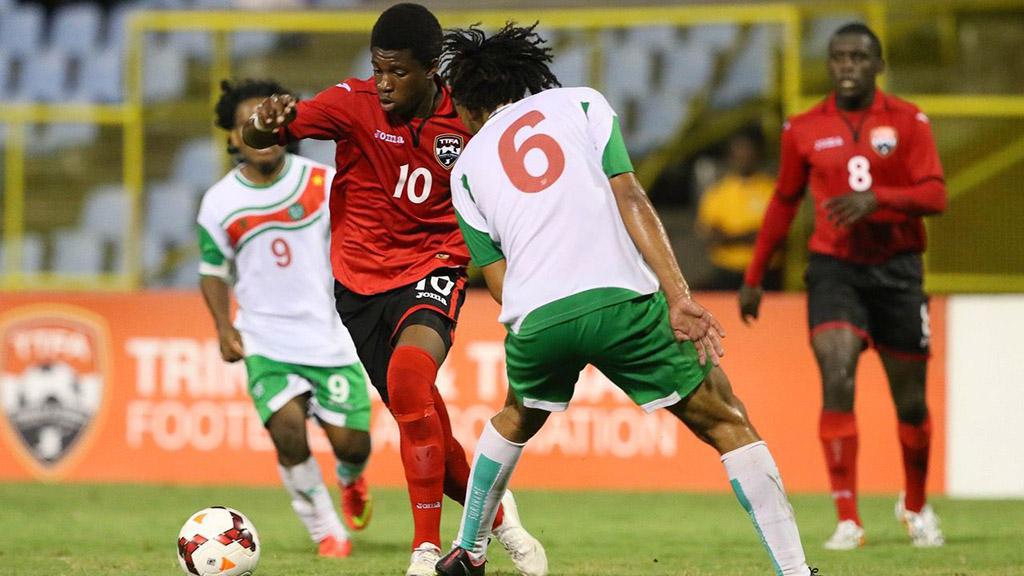 A native of North Carolina, Memphis 901 FC's Dre Fortune has represented Trinidad and Tobago since the U-17 level, having previously competed for the United States in the U-15 ranks.

One of the major moments in that realization was Fortune going to the 2006 FIFA World Cup in Germany, the only time Trinidad and Tobago has qualified for the Finals in its history, where he attended all three of the nation’s group games. Now he’s had the chance to share the field with his younger brother Ajani – who currently plays as a USL Academy signing for Atlanta United 2 – as well as longtime teammates and fellow Championship players like Sacramento Republic FC’s Shannon Gomez and Indy Eleven’s Neveal Hackshaw, who were also part of the U-17s cycle with him.

“Honestly, it was incredible,” said Fortune of playing with his brother. “That was our first time being together in a professional setting and it took a while to sink in what the moment was and what it meant. It took a few messages from friends and family before I really soaked in what the moment was for me. I’ve always seen him as my younger brother, so recognizing that he’s here too now and we’re able to share the pitch together, that was something I will definitely never forget.”

For other players like Virginia native Kharlton Belmar, the chance to represent Grenada came before but this year proved the moment to take the step into the international ranks. One of the final cuts from the Spice Boys roster for the Gold Cup this month, Belmar was first approached to play for the country when he was a rookie with the Portland Timbers 2 in 2015 – the season he was named the Championship’s Rookie of the Year – but this year was glad to take the opportunity to compete for the country.

“With it being my rookie year I didn’t feel like I was ready to handle that burden,” said Belmar. “I was really playing well for the team in Portland and pushing for an MLS contract at that time and I didn’t want to get distracted by playing friendlies and stuff like that, and maybe I was a little bit nervous about stepping up to that level at that time as well.

“This year, I felt like it was maybe a good time and a good opportunity to show what I can do at the next level.”

Finding a new level of exposure – either at the Gold Cup or in World Cup Qualifying – is one of the biggest arguments for players to explore their international options. In Fortune’s case, he’s hoping to follow in the footsteps of current MLS players and Soca Warriors teammates Kevin Molino – himself a former two-time Championship MVP – and Joevin Jones, just as they followed players like Dwight Yorke, Stern John and Avery John that had inspired Fortune as a young player. 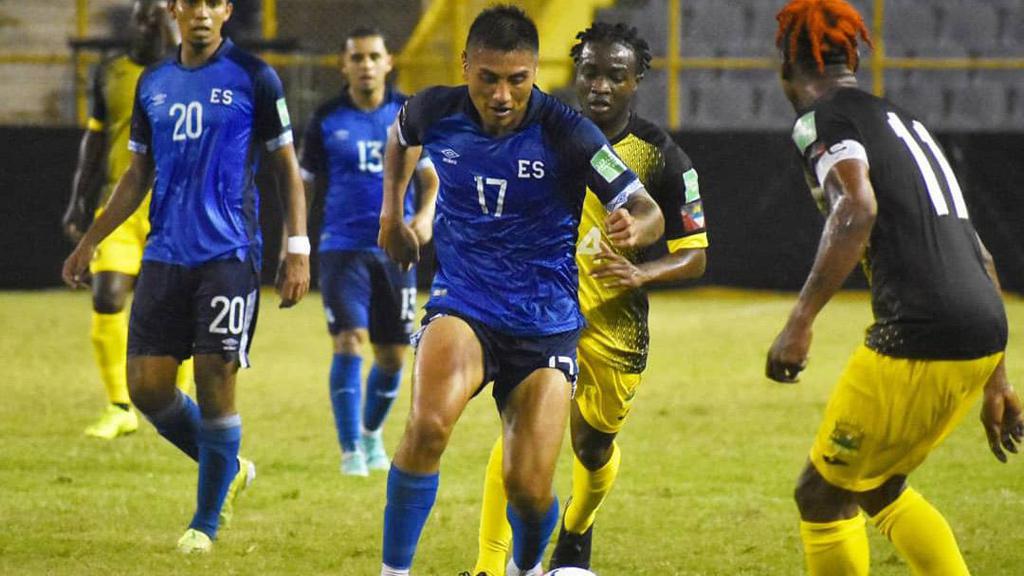 Hartford Athletic's Walmer Martinez in action for El Salvador during World Cup Qualifying earlier this year. The 22-year-old is now part of the country's 2021 Concacaf Gold Cup squad this month.

For Martinez, who knows where the path may lead next. Six months after looking at the potential his professional career could be over before it even began, he’s now hoping to be part of a new era for El Salvador as it looks to move up the pecking order in the region.

“I’m excited,” said Martinez. “Definitely before leaving El Salvador, I felt like I had a good connection with the team, and I felt very involved in what we wanted to do. We want to do something big. We want to win all these games and do the best that we can do and show that El Salvador can compete at this level and against big teams like Mexico and the U.S. I’m very excited for the opportunity.”