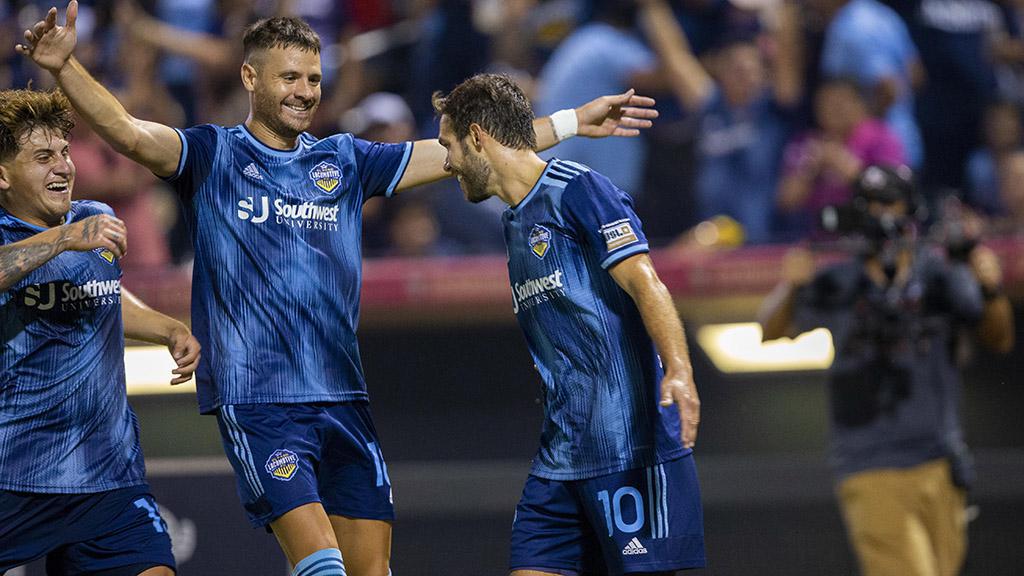 Saturday and Sunday night produced some remarkable performances an intriguing results across the USL Championship’s Western Conference. Here are five takeaways we got from the weekend’s action.

Maybe it was a hangover from the midweek defeat to Rio Grande Valley three nights prior, but there certainly wasn’t the sort of attacking energy you would have expected from El Paso Locomotive FC during Saturday night’s first half in front of a sellout crowd of 8,138 fans at Southwest University Park against the club’s biggest rival, New Mexico United.

The hosts mustered only one shot – a long-range effort early by Macauley King that was blocked – and then found scant opportunity to break down New Mexico’s defense, recording only two touches inside the attacking penalty area in the first 45 minutes. The result? A one-goal deficit after conceding late in the half as Brian Brown put the visitors ahead.

The reaction? Well, whatever was said in the Locomotive FC locker room in the halftime break had the desired effect. The side immediately looked more purposeful both on the ball and in trying to win it back as the second half began, and that energy played a key role as Dylan Mares’ first two goals of the season arrived a little over 90 seconds apart to send El Paso to a 2-1 victory that ended up being largely deserved.

“It’s a 90-minute game, not 45 minutes. No matter what the score is, you have to come out and attack and create chances,” Mares told KTSM’s Colin Deaver after the game. “As we were moving up, we had numbers in the box, and that allows multiples of us to be free. When that happens, it gives us opportunities.”

It’s a move borne out of desperation, throwing on your big center back as a center forward in stoppage time while trailing. But sometimes, as Sacramento Republic FC found on Saturday afternoon, it pays off as well as you could hope for. The roll of the dice that was Mitchell Taintor’s introduction in the first minute of second-half stoppage time saw Head Coach Mark Briggs roll an 11 and hit the pass line, as Taintor’s goals two minutes later in the dying moments of the game gave his side a 1-1 draw at San Diego Loyal SC.

Was it deserved? Maybe. Unlike some previous outings, Sacramento went toe-to-toe with its hosts in the opening half and looked solid, but as things have been going recently for the side a defensive breakdown got punished in the second half to put the side in peril of its sixth defeat in the past seven games. Taintor’s introduction staved off defeat – although the side is still now a club-record seven games without a win – but it could be the sort of moment that finally gets things to click for Republic FC ahead of a crucial Wednesday night game against rival Oakland Roots SC. 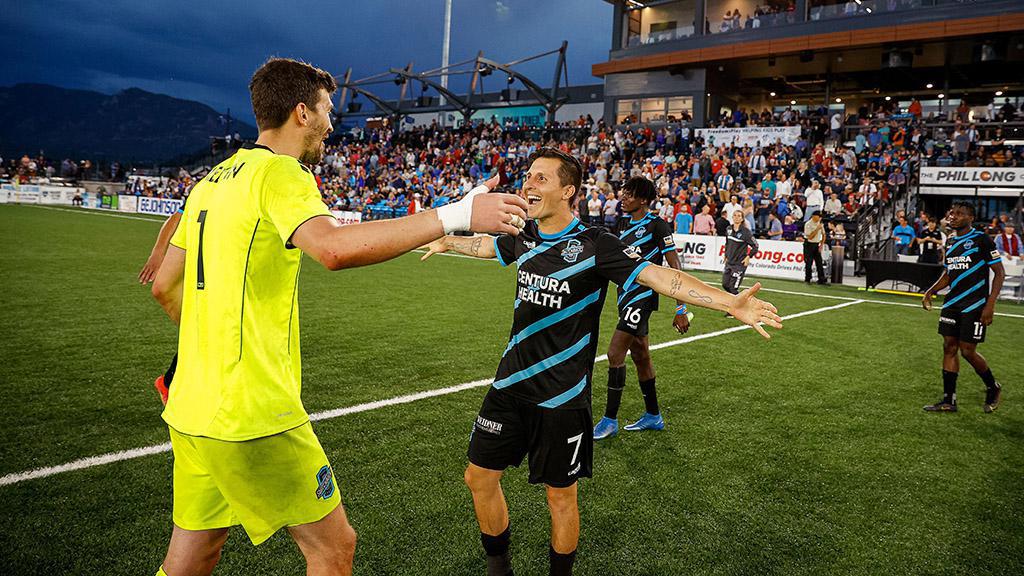 A good measure of a team or a player can be how they respond to disappointment. After seeing a chance to close the gap to first place disappear last Thursday night against Orange County SC, a game that also saw Hadji Barry’s seven-game scoring streak come to an end, there could have been a knock-on effect for Colorado Springs Switchbacks FC.

Instead, the Switchbacks put on a show for the first full sellout crowd in Weidner Field’s short history on Sunday in a 3-1 win that saw Barry record his 11th goal of the season, Deshane Beckford notch a goal and assist to continue his positive form, and goalkeeper Sean Melvin produced a brilliant late penalty kick save to keep it a two-goal game late.

“Our front three are deadly and they did a great job again tonight,” said Switchbacks Head Coach Brendan Burke. “They were all involved in at least one if not two of the goals, so I'm just really happy with how those guys are playing. And everyone else deserves a ton of credit for putting them in good positions over and over again. The team's clicking, we're four out of our last five now, so this is what we’ve been waiting for.”

The Switchbacks have now scored 20 goals in 10 games this season and sit comfortably in third place in the Mountain Division standings while playing some of the most attractive soccer in the Championship. If there was any question as to how quickly this squad could be turned into a playoff contender, any doubt should have been washed away now.

It’s not been perfect all season by any means, but when Austin Bold FC’s defense is on – which has certainly been more often than not so far this campaign – it’s proving one of the most difficult to break down in the Championship.

San Antonio FC was the latest side to learn that lesson as an early goal by Alasanne Ates Diouf and a stellar defensive display – including when down to 10 men for the final 30 minute – saw Bold FC come away with its first victory in club history at Toyota Field on Saturday night to put the side firmly in the Mountain Division’s playoff race.

“I thought we were doing well to put balls in the box, Marcus [Epps] did a good job to cut balls back and creating chances, but it wasn’t falling for us,” said SAFC midfielder Cam Lindley after the game. “We were consistent in what we were doing, but they defended well, and we couldn’t find the breakthrough.”

That’s been a common refrain recently for Austin’s opponents. Even accounting for San Antonio’s 21 shots on Saturday, Bold FC has simply made itself difficult to break down in most situations. It has only allowed an average of 9.8 shots overall per game, and only conceded 2.8 shots on goal per game as well. It’s blocked almost as many shots (26) as opponents have put on target (28), and when that’s happened goalkeeper Elliot Panicco has done well posting an 82.4 save percentage a -1.43G-xG rate in his appearances. There’s still work to be done for Austin in the attacking third to make this a more complete team, but right now it’s a difficult one to face and that’s a good start.

It certainly wasn’t the characteristic game-night experience at Wild Horse Pass on Saturday. The normal heat of mid-summer was replaced by rain and high winds as the club welcomed a club record crowd of 8,815 fans to its new home as it faces Los Dos, with the prevailing breeze providing a 30 to 40 miles per hour headwind that the hosts had the battle through in the first half.

“The guys adjusted very well,” said Rising FC Head Coach Rick Schantz. “We had to play a lot on the ground. David Egbo was fantastic for us in the first half. I was upset with them because I didn't feel like they were working hard but they all said it was really hard running into the wind. They were exhausted.

“I told them they had no choice but to start fast in the second half. You gotta love it when they do that.”

While Phoenix held a one-goal lead at the break, it broke the game open within a minute of the second half kickoff, heeding Schantz’s words. Tate Schmitt found Solomon Asante for a sharp low finish from close range and Rising FC was on its way to a 3-0 victory. The conditions might not have been ideal, but the steady rain did make the game a bit more fun in some ways, according to goalkeeper Andre Rawls.

“The rain made it fun,” he said. “It brought back memories of playing as a kid. The field became a little more slick. Thankfully it didn't turn into a downpour.”