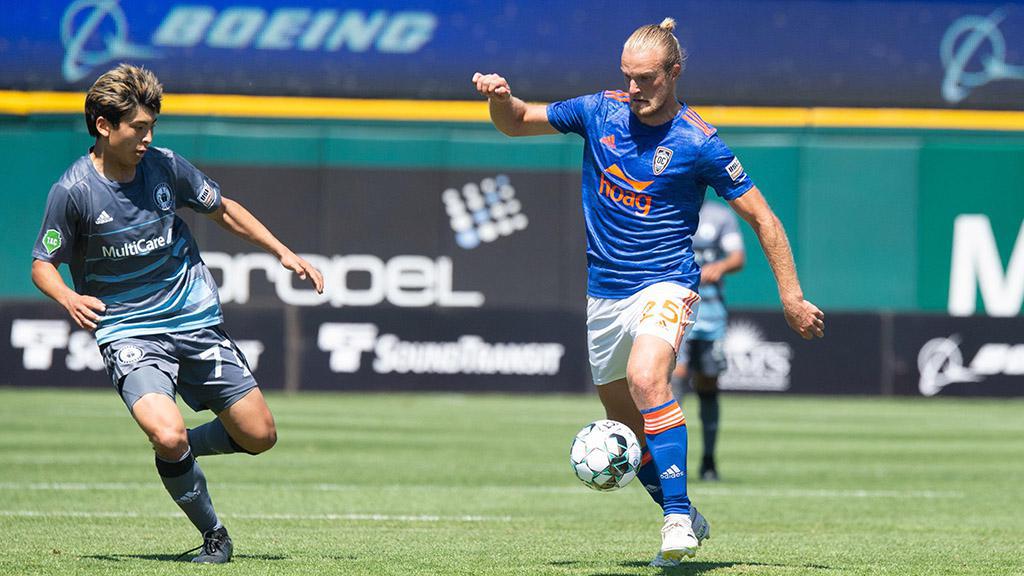 Orange County SC and midfielder Mikko Kuningas will be looking to reverse its defeat to Tacoma Defiance earlier this season as it looks to continue a six-game undefeated streak on Tuesday night. | Photo courtesy Charis Wilson / Tacoma Defiance

IRVINE, Calif. – Orange County SC will aim to continue its six-game undefeated streak as it plays host to Tacoma Defiance on Tuesday night at Championship Soccer Stadium while also looking to turn the tables on their visitors from an early-season defeat in the Pacific Northwest. Kickoff is scheduled for 10 p.m. ET.

@OrangeCountySC (5-2-2, 17pts) maintained its recent move up the Championship’s Pacific Division standings last Thursday night as it took a 2-0 victory against Colorado Springs Switchbacks FC as Eero Markkanen and Eric Calvillo found the net at Weidner Field. Markkanen’s goal was his third this season, while Abraham Romero recorded his second shutout in three starts this season as the side claimed victory despite the absence of leading scorer Ronaldo Damus, who is currently away on international duty as Haiti competes in the final qualification round for the 2021 Concacaf Gold Cup. Orange County has conceded only four goals in its current six-game run, putting it tied for the second-fewest goals conceded in the Western Conference so far this season.

@TacDefiance (3-4-2, 11pts) will be looking to rebound from a road setback on Saturday night after falling 1-0 to Las Vegas Lights FC at Cashman Field. The visitors arguably had the better of the game after conceding an early goal to Lights FC but was unable to find a way through as they suffered a fourth consecutive road defeat. Tacoma did hand Orange County one of its two defeats so far this season as Alfonso Ocampo-Chavez scored the only goal in a 1-0 victory at Cheney Stadium when the sides first met this season on May 16, and the Defiance have the chance to move into fourth place in the Pacific Division should they take victory and bring OCSC’s recent run of form to an end.