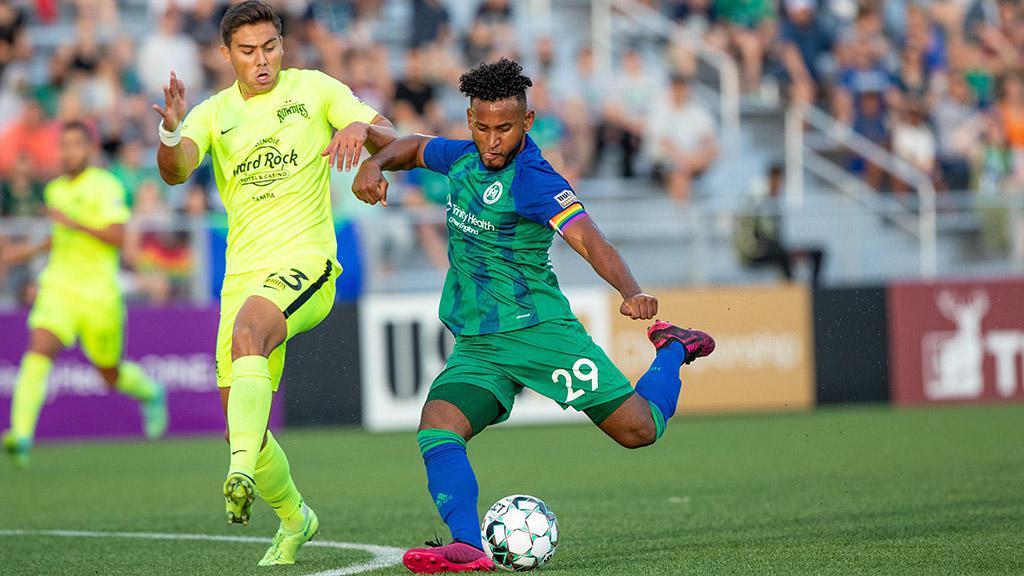 Hartford Athletic forward Juan Carlos Obregon Jr. was on Friday named in Honduras’ squad that will compete at the Tokyo 2020 Olympic Men’s Soccer tournament, retaining his place after playing a key role in Concacaf Qualifying earlier this year.

Obregon scored in the decisive semifinal contest against the United States to help his side take a 2-1 victory and book its place at the Summer Games. Since then, he’s found success for Hartford in the USL Championship regular season, scoring four goals in seven appearances to sit tied for the team lead as well as 14 shots overall since signing with the club following the end of Olympic Qualifying.

“It’s been a dream since I was young,” said Obregon on Friday afternoon. “Honduras has been to the Olympics five times now, so I’ve seen them and I was like, ‘one day, I want to be an Olympian.’ Watching Usain Bolt run the 100-meter dash, Michael Phelps winning swimming competitions, Neymar winning at the past Olympics scoring a penalty to win, I just want to be part of that. For that to happen is a dream come true, it’s truly humbling and it just reminds me of everything I’ve been through to get to this point.”

A native of New York, Obregon has spent the past three seasons in the Championship, competing previously for Rio Grande Valley FC in the 2019 and 2020 seasons. He has made 24 appearances overall while recording eight goals and two assists in the league.

Also named in the squad was 2019 USL Championship Final winner Douglas Martinez, now of Real Salt Lake, who helped lead Real Monarchs SLC to the title two years ago. Martinez has competed on loan with the Monarchs this season, recording one goal and one assist in five appearances in addition to making six appearances for RSL in Major League Soccer. Overall, Martinez has recorded 18 goals and eight assists in 42 regular-season games in the Championship for his career.

Honduras will face New Zealand, South Korea and Romania in the group stage of the 16-team tournament, with the top two teams in each of the four groups advancing to the knockout stage. Honduras advanced to the semifinals at the Rio 2016 Olympics, when former Real Monarch SLC player Elder Torres was part of the country’s squad.