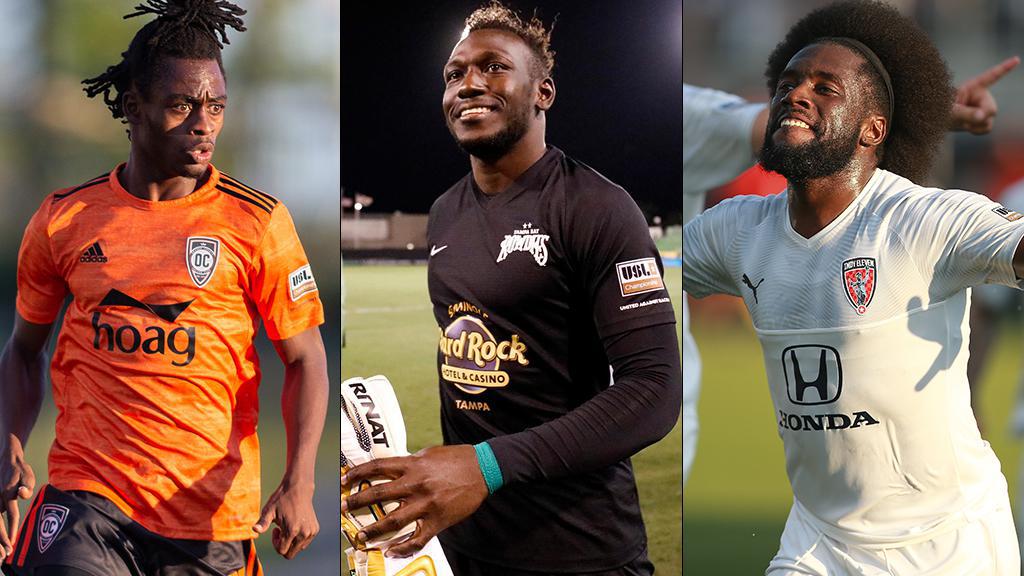 TAMPA, Fla. – Sixteen players from 15 different teams across the USL Championship and USL League One will try to help their countries reach the main draw of the 2021 Concacaf Gold Cup starting on Friday afternoon as 12 nations bid for the final three places in the group stage at DRV PNK Stadium in Fort Lauderdale, Fla.

Among the notable names selected is Orange County SC forward Ronaldo Damus, who was named in Haiti’s squad for the final qualification stage and the main tournament. Damus – who won the 2019 USL League One Golden Boot with North Texas SC – is currently tied for fifth place in the Championship’s race for the Golden Boot with six goals this season for his side, with the 21-year-old having scored in five consecutive league games prior to his selection.

Damus is joined in Haiti’s squad by Birmingham Legion FC midfielder Zach Herivaux, the New England Revolution II’s Francois Dulysse, and Miami FC goalkeeper Brian Sylvestre, with the side set to take on St. Vincent and the Grenadines and Rio Grande Valley FC’s Michael Edwards in the opening game of the knockout tournament on Friday at 4:30 p.m. ET.

The Charleston Battery’s Zeiko Lewis returns to Bermuda’s squad with the hope of leading the country to its second consecutive Gold Cup group stage with the playmaker having recorded two goals, two assists and 11 key passes in six games in the Championship this season, while the New York Red Bulls II’s Luther Archimede has been selected by Guadaloupe, which will open with a game against the Bahamas.

Tampa Bay Rowdies goalkeeper Raiko Arozarena has earned his first call-up to the senior Cuban Men’s National Team, and joins a squad that also features FC Tulsa’s Jorge Corrales and the Fort Lauderdale CF duo of Modesto Mendez and Dairon Reyes, both of whom will be on home turf as Cuba takes on French Guiana and two-time Championship All-League selection Thomas Vancaeyezeele on Saturday night.

The 12-team tournament will see six winners advance from Friday and Saturday’s opening round games to Tuesday night, where the three winners of the second-round contests will advance into the main field of the 2021 Concacaf Gold Cup, set to begin on Saturday, July 10.