Ahead of Friday’s Black Gold Derby, we caught up with Energy FC's Californian defender 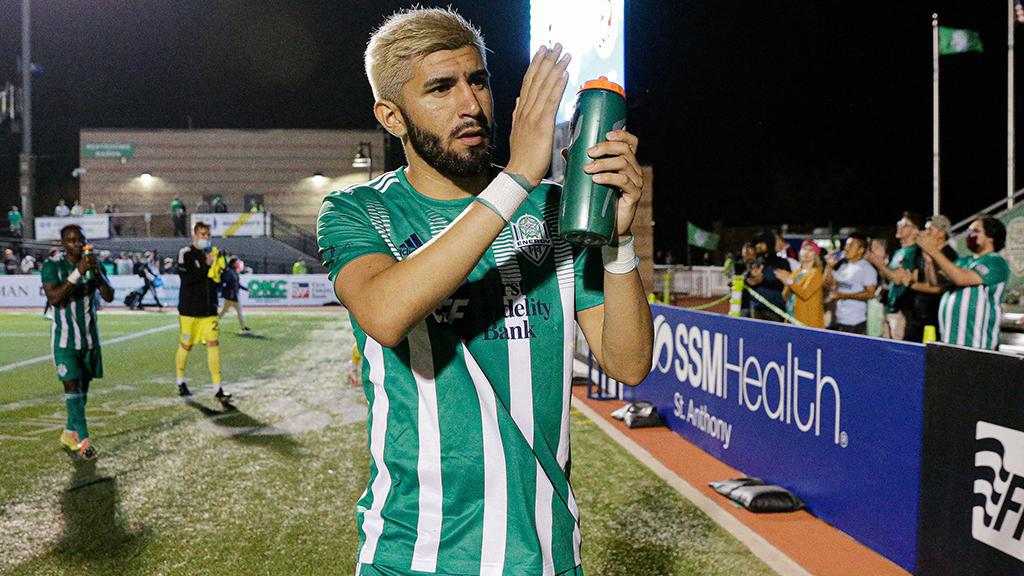 OKC Energy FC defender Roberto Coronado and his teammates have produced a three-game winning streak to get the club's season back on track as July begins, with a key game against rival FC Tulsa up next. | Photo courtesy Steven Christy / OKC Energy FC

OKLAHOMA CITY – After going winless through its opening eight games of the season, OKC Energy FC is in the middle of an apparent turnaround of its 2021 season with three consecutive victories to end June and put the side back into the middle of the playoff picture in the USL Championship’s Central Division.

That upturn in form has come at an ideal moment for the side with Friday night bringing the second edition of the Black Gold Derby this season as FC Tulsa visits Energy FC at Taft Stadium. OKC is winless against its biggest rival in the past six meetings, with its last victory in the series coming back on August 8, 2018 when the likes of Adam Jahn and Alex Dixon were with the squad, meaning a win wouldn’t just move Energy FC past Tulsa in the standings but would earn some long-awaited bragging rights for supporters groups The Grid and Main St. Greens.

We caught up this week with Energy FC defender Robert Coronado, a California native who since his offseason arrival has been one of the most consistent performers for the side this season.

Q: Can you explain why the team has been able to turn things around over this three-game winning streak?

Robert Coronado: I just feel like we’ve been feeling a little bit more confident within the group and individually. Even myself, I feel like I’ve been getting some confidence after the first several game. We’ve had a rough start, but I think we’re starting to get our chemistry down and our confidence is up, and obviously we have a little bit of momentum right now that we’re using to our advantage.

Q: It’s felt watching that you’ve been maybe the club’s most consistent performer this season. Do you feel like you’ve been playing the best of your career so far?

RC: I don’t think it’s the best, but it has been somewhat consistent and I think that’s what’s been helping me, because in the long run it’s the consistency that’s going to make me succeed. As long as I keep moving forward and keep moving these good performance then we will succeed as a team and I will have some individual success as well.

RC: Yeah, we had talks within our own group of players and we knew it wasn’t good enough since the beginning. I feel like we’re a different team than we were the first week, and I feel like every team is different from their first week, but we definitely had talks within our players as well as with our staff, and we obviously had to change things around to move things forward and take it day-by-day and go from there. 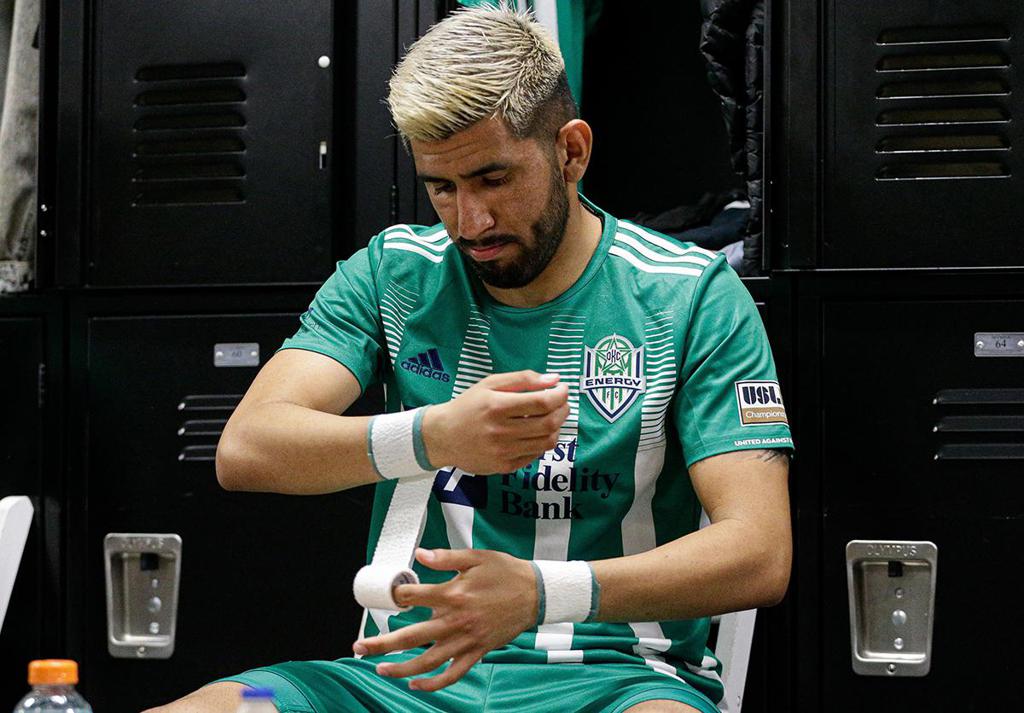 Q: You’re a California guy, playing on the west coast in the youth ranks and college. What’s it been like getting into the pro ranks in Texas and now in Oklahoma?

RC: It was obviously different for me. Playing my whole life in California, I would go out of state to play in different tournaments, national tournaments and stuff like that, but the pro level is obviously a lot different from the college level, a lot faster, better players, more international players, and it was really tough getting into rhythm and getting into the pace of the game, but I felt like I did that pretty quickly and that helped me a lot, getting my confidence. Thanks to RGV, which was my first professional team, they gave me that confidence and it went by really quick, and I’m just enjoying it now.

Q: What do you miss most about California?

Q: Have you found any regular spots to eat or hang out yet in Oklahoma City?

RC: Not yet, I’m actually still exploring the city. I’ve been focusing on the soccer part aside from other stuff, but I have gone downtown to look at the different scenes they have down there and the museums, which is pretty nice. I haven’t found a go-to spot yet.

Q: How much did you learn from your first game with FC Tulsa at the start of the season, and how can you apply that to Friday night’s game?

RC: I guess it was like an eye-opener for us. Just kinda like, ‘OK, the season has begun, wake up.’ The first game happened and like I said we’ve been gaining momentum now. The last couple of games we’ve been feeling pretty confident with our play and obviously we’ve been learning new things. Coming into a home game against Tulsa again, we can prove to our fans that we can do a lot better than we did in the first game. It should be very interesting, and I feel like we’re prepared for that. 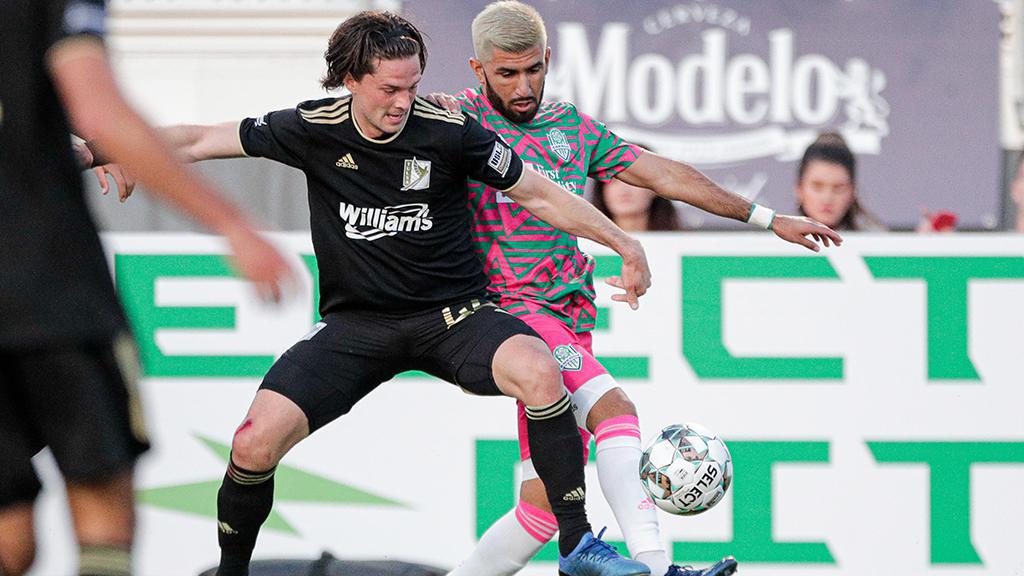 Q: It definitely feels like having seen some of the comments, seeing some of the stuff that’s being posted to Facebook and on social media, there’s a sense of optimism that this side has turned a corner. Do you guys feel that in the locker room?

RC: We’ve always felt like we’ve been a tough, competitive team. Obviously, the scores and the results haven’t been showing that, but recently we have been getting the results we’ve been working for and I’m glad that people are recognizing us and that OKC is coming back where we belong, which is at the top.

Q: You’ve defeated the three teams that are now below you in the Central Division standings, how big would a win against Tulsa be in establishing that you guys are back?

RC: This is a very important game, not only for the points but for the city, the rivalry that there is between Oklahoma City at Tulsa. I think this is more than a three-point game for both teams, and for both cities as well. This means a lot.

Q: How much are you looking forward to it?

RC: After that Atlanta game we’ve been preparing just for this Tulsa game. We’ve been taking it day by day, once that game was over we put it behind us and we were focused on Tulsa.