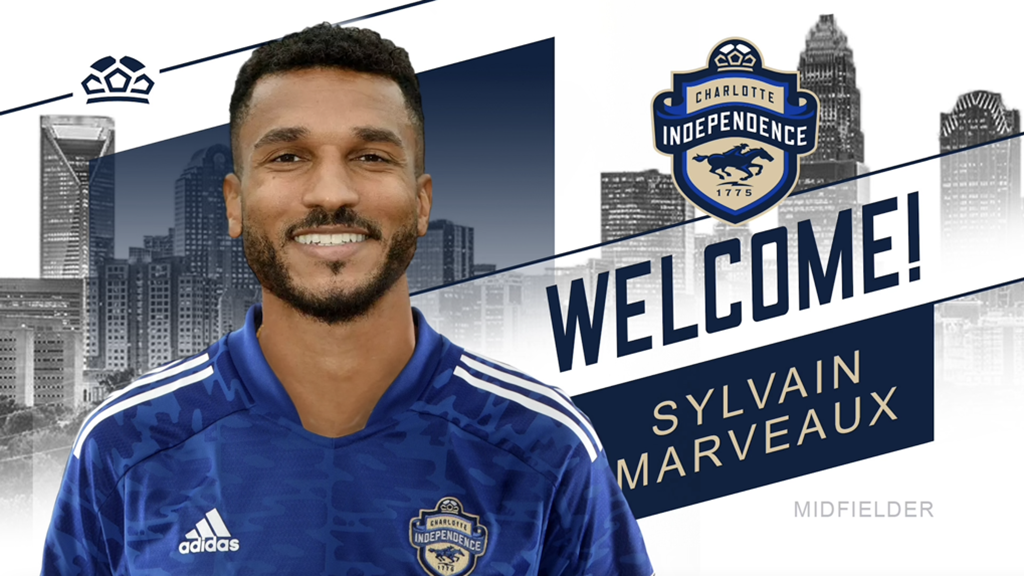 CHARLOTTE, N.C. – The Charlotte Independence announced on Tuesday the signing of French midfielder Sylvain Marveaux. The 35-year-old veteran joins the club after most recently competing for FC Lorient in Ligue 1, France’s top division where he made nine appearances during the 2020-21 season.

“Coming directly from League One France, Sylvain will add a great deal of quality and experience to our side,” said Independence Head Coach Mike Jeffries. “His creativity and ability on the ball will enhance our attack. As a midfielder, he can connect the game well, find incisive passes to teammates, and is another capable finisher.”

Marveaux is a former French under-21 international having earned caps with the team from 2006 to 2008. In 2011, he signed a five-year deal with Newcastle United of the Premier League and made 57 appearances for the club overall while recording one goal and six assists in 38 appearances in the league and another goal and assist in 12 appearances in the UEFA Europa League.

Marveaux returned to France in 2014, joining Guingamp, where he competed for one season before signing with FC Lorient in 2016. Throughout the course of his professional career, Marveaux has made 313 appearances and scored 49 goals while also registering 43 assists.

“I’m very happy to sign with the Independence,” said Marveaux. “I feel like it is a good place for me to continue my career. I’m looking forward to joining the team and starting practice. Hopefully I can get to know my new teammates quickly and help them win.”