Monarchs, San Antonio both look to get back into the win column as they meet for second time in 2021 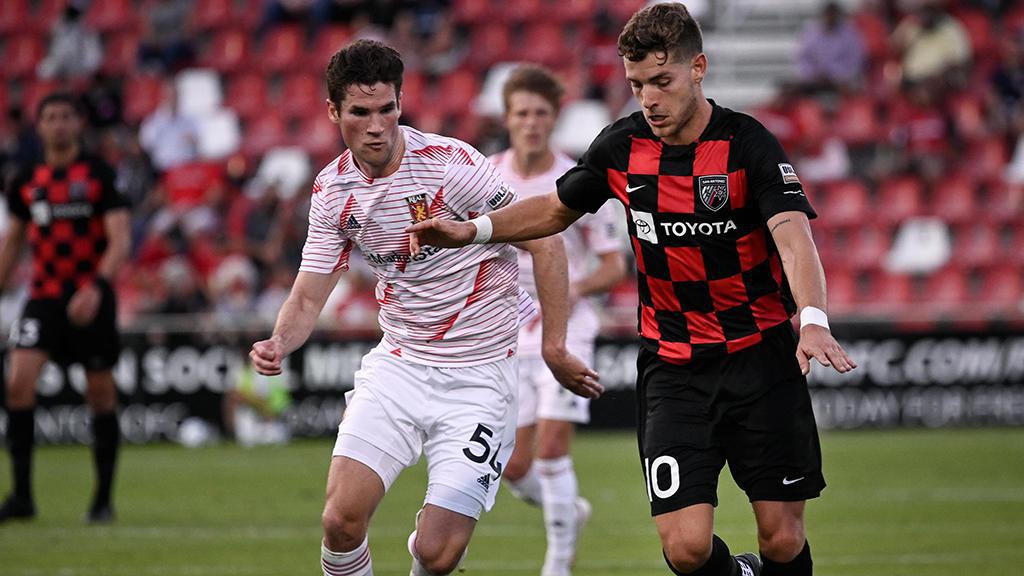 San Antonio FC and Real Monarchs SLC played to a 2-2 draw that saw both sides end the game with 10 men atToyota Field in May, the second meeting of the season arrives on Saturday night at Zions Bank Stadium. | Photo courtesy Darren Abate / San Antonio FC

HERRIMAN, Utah – Real Monarchs SLC and San Antonio FC square off for the second time this regular season with both clubs in need of a victory as they meet on Saturday night at Zions Bank Stadium. Kickoff is scheduled for 10 p.m. ET.

@RealMonarchsSLC (1-5-3, 6pts) almost grabbed its second win of the season on Wednesday night against Tacoma Defiance but after taking a first-half lead through Malik Johnson’s long-range strike the side conceded late and had to settle for a 1-1 draw. The result left the Monarchs winless in their last three outings and five points adrift at the bottom of the Mountain Division standings. Real has seen positive individual performances this season, led by the play of Milan Iloski, who has recorded three goals in six appearances, and recorded 12 shots on target, but the side overall has struggled for consistency as it sits with the lone negative goal differential in the Mountain Division.

@SanAntonioFC (2-2-5, 11pts) has also struggled in recent weeks, most recently being held to a 1-1 draw at home by Rio Grande Valley FC at Toyota Field. The result extended San Antonio’s home regular-season undefeated streak to 18 games, but also saw the side’s winless streak reach five games since a 2-1 victory against Birmingham Legion FC on May 22. San Antonio could be boosted on Saturday night by the return of forward Santiago Patino, who leads the side with five goals but was unavailable for the past three games due to suspension following a red card against Colorado Springs Switchbacks FC on June 5. The Colombian’s presence will try to boost an attack that has scored only four goals in the past five games as the side looks to pick up its first road win of the season.