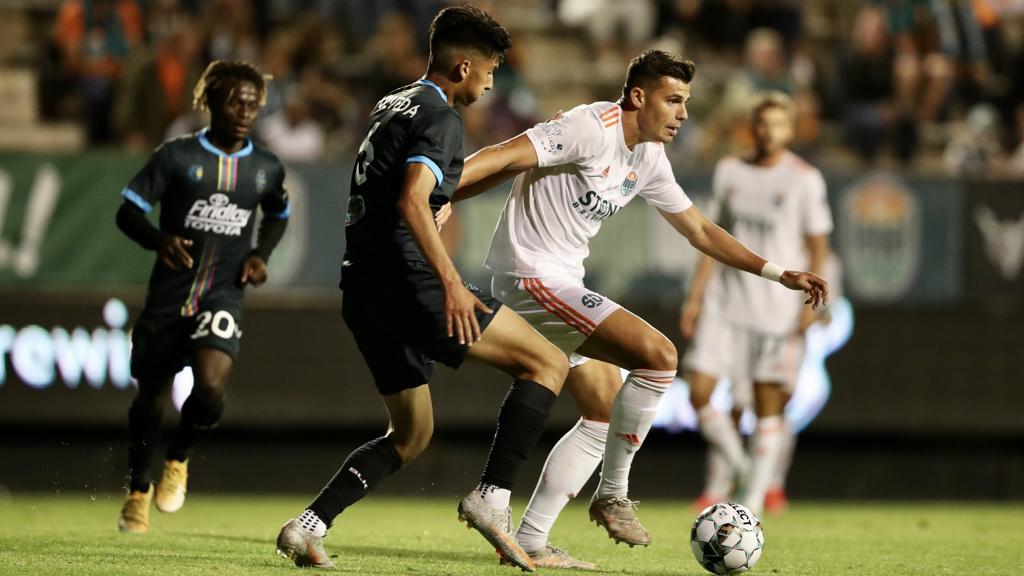 LAS VEGAS – Las Vegas Lights FC will look to bounce back from its first home loss of the season on Friday night as it plays host to a San Diego Loyal SC side that is on a five-game undefeated streak entering Cashman Field. Kickoff is scheduled for 10:30 p.m. ET.

@LVLightsFC (2-5-1, 7pts) held a halftime lead last Saturday night thanks to a goal by Roberto Molina but ended up falling 3-1 to Orange County SC at Cashman Field to end a three-game undefeated run for the club overall. Lights FC has shown progress since the start of the season despite that setback, however, with the first signs having come in the club’s first meeting with San Diego this season on May 29 when it took an early lead but surrendered a late goal to fall 2-1 at Torero Stadium. Las Vegas has been led this campaign by Cal Jennings, who has recorded three goals, but one of its most consistent performers has been midfielder Daniel Crisostomo, who has played every minute of the season so far while completing 89 percent of his passes and made 23 interceptions in the center of midfield.

@SanDiegoLoyal (3-4-2, 11pts) used that prior victory against Las Vegas as a springboard up the Pacific Division standings, where the side now sits in fourth place entering the weekend’s action. SD Loyal took a 2-1 victory against Phoenix Rising FC last Saturday night as Torero Stadium fully reopened for the first time since the club’s inaugural home opener to start the 2020 season – a game that saw Lights FC as the visitor – as Jack Blake provided both goals for the hosts. Blake now leads the side with four goals this season, while Miguel Berry and Alejandro Guido have also scored twice. The side will be without center back Jack Maher on Friday night, however, after he was recalled from his loan by Nashville SC on Wednesday afternoon.