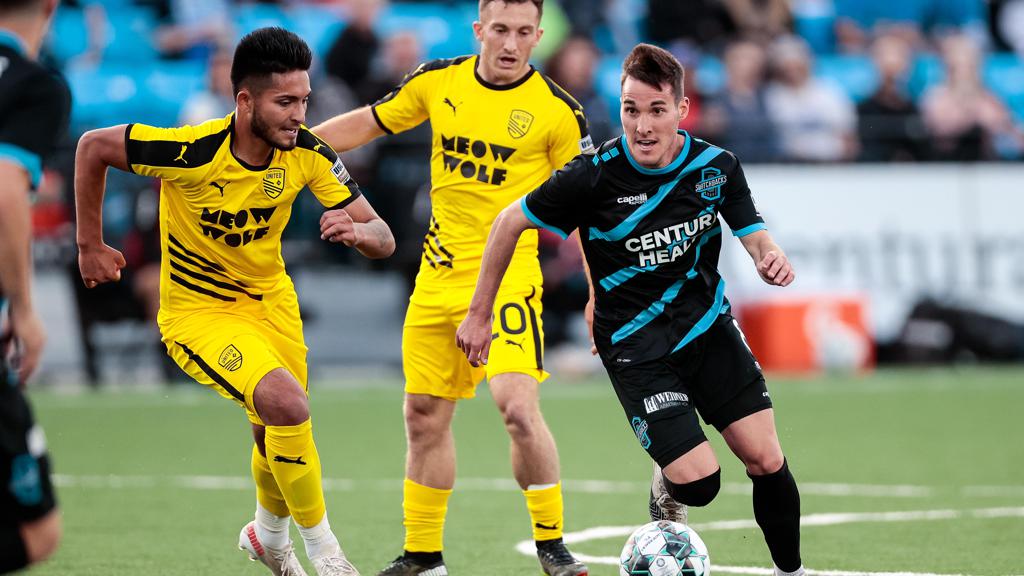 New Mexico United took a 3-1 victory against Colorado Springs Switchbacks FC in its first visit to Weidner Field this season, but the Switchbacks are now on a four-game undefeated streak after picking up victory in midweek. | Photo courtesy Isaiah J. Down

COLORADO SPRINGS, Colo. – Colorado Springs Switchbacks FC will try to build on a key midweek victory as it plays host to New Mexico United for the second time this season on Friday night at Weidner Field. Kickoff is scheduled for 9 p.m. ET.

@SwitchbacksFC (3-2-2, 11pts) moved into the playoff places in the Mountain Division on Tuesday night as it rallied to take a 3-2 victory against Austin Bold FC despite playing down a man for an hour, extending the side’s undefeated run to four games. Hadji Barry scored twice for the Switchbacks before 17-year-old Yaya Toure scored a 90th-minute winner for the side at Bold Stadium for his first goal on loan from the Colorado Rapids. Barry’s brace moved him into first place in the Championship with eight goals this season as the Guinean forward extended his scoring streak to six games. Three of Barry’s goals have been assisted by Michee Nglina, who alongside Deshane Beckford has provided strong support to Barry in attack this season as Colorado Springs has become one of the more enterprising attacking sides in the Championship.

@NewMexicoUTD (4-2-2, 14pts) is also on a positive run of form, sitting on a three-game undefeated streak after a 2-0 victory against San Antonio FC on June 16 that saw captain Josh Suggs mark his 200th regular-season appearance in the Championship with a goal. The contest also saw Austin Yearwood record his first professional goal in his 82nd regular-season appearance in the Championship. New Mexico sits three points back of Rio Grande Valley FC in the Mountain Division standings as it looks to claim its second win at Weidner Field this season. United recorded a 3-1 victory in the first regular-season home game hosted by the Switchbacks at its new 8,000-seat downtown venue in a highly entertaining contest that saw Sergio Rivas, Amando Moreno and Daniel Bruce each find the net.