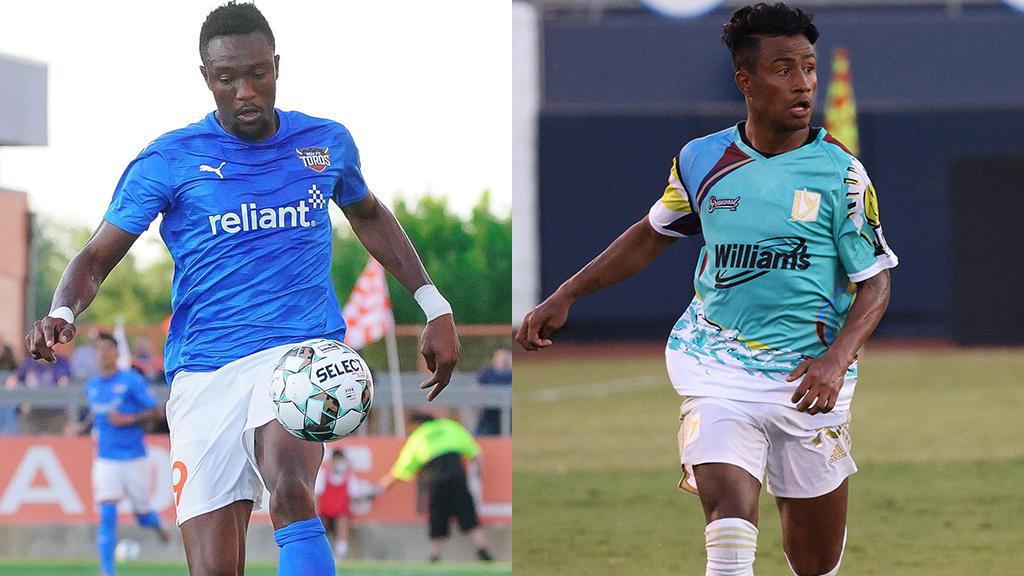 Rio Grande Valley FC's Elvis Amoh and FC Tulsa's Marlon could both be attacking players to watch as their sides clash on Friday night at H-E-B Park.

EDINBURG, Texas – Rio Grande Valley FC and FC Tulsa will meet for the first time this season now as members of different conferences on Friday night at H-E-B Park as both look to get back into the win column. Kickoff is scheduled for 8:30 p.m. ET.

@RGVFC (5-2-2, 17pts) remained on top of the Western Conference’s Mountain Division this past weekend after earning a 1-1 draw with San Antonio FC at Toyota Field thanks to a first-half goal by Christian Sorto. The Toros are looking to get back on a winning track at home after suffering their first defeat at H-E-B Park last time out on June 16, but the new-look side has been among the best in the league at home overall with four home victories putting it tied for second-most in the league this season. Elvis Amoh leads the side with four goals, while Will Murphy has three assists to lead the side this season, while the side has conceded only eight goals in nine games as goalkeeper Tyler Deric has recorded three shutouts.

@FCTulsa (4-4-0, 12pts) moved back into the Eastern Conference’s Central Division playoff places last week in a 4-3 victory against Sporting Kansas City II, and almost dug out of an early three-goal deficit against Louisville City FC only to come up short in a 3-2 defeat at ONEOK Field to bring its record back to .500 for the season. Tulsa has been among the more free-scoring this season with Joaquin Rivas leading the side with five goals in six games between time with the El Salvador National Team, while Dario Suarez has notched four goals and Rodrigo da Costa three goals and three assists, but the side has continued to have issues defensively conceding 18 goals in eight games this season. Tulsa has fared well in its prior trips to H-E-B Park, however, going 3-0-2 in its past visits including a 2-1 victory when it visited last season.