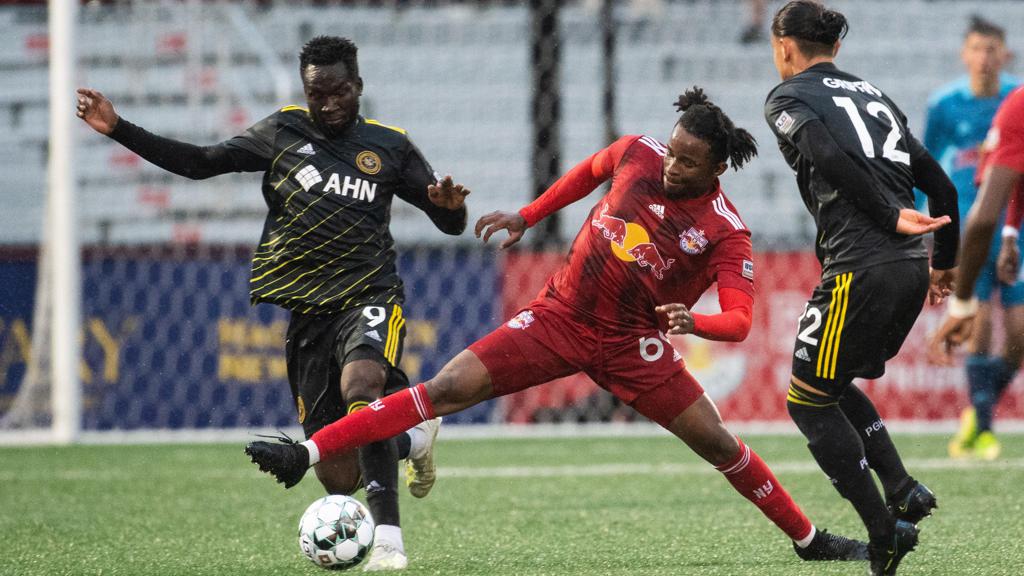 PITTSBURGH – Pittsburgh Riverhounds SC will try to continue its recent run of results as it returns home to Highmark Stadium on Friday night to take on a New York Red Bulls II side that is coming off a big victory in its last outing. Kickoff is scheduled for 7 p.m. ET.

@RiverhoundsSC (4-3-2, 14pts) shifted up the Atlantic Division standings in Week 9 as it took back-to-back road victories against Indy Eleven and the Tampa Bay Rowdies, handing Tampa Bay its first home defeat of the season. Russell Cicerone had a goal and an assist at Al Lang Stadium, while Kenardo Forbes’ first assist of the campaign also served as his 40th regular-season helper in the Championship, making him the first player to reach that mark in league history. Cicerone is now tied for seventh in the league with five goals this season, a mark that has tied his best campaign in the Championship having previously notched the same total each of the past two seasons. Pittsburgh will be hoping for a repeat performance of its 3-0 victory at the Red Bulls II on May 28, which served as the club’s first win of the season and began its current 4-1-1 run that sees it sitting in third place in the Atlantic Division going into the weekend’s action.

@NYRBII (2-5-2, 8pts) snapped a three-game losing streak in its most recent outing as Jeremy Rafanello had two goals and one assist in a 3-1 victory against the Charlotte Independence on June 16 when the side last took the field. The Red Bulls II are again among the league-leaders with 114 shots this season, good for sixth in the Championship, but the side’s shot conversion rate of 12.3 percent places it in the lower half of the league, while the side has conceded 20 goals this season, second-most in the league. New York has also struggled in its prior six visits to Highmark Stadium, going only 1-4-1, meaning it will need to pull out a big performance to start putting pressure on teams currently in the Atlantic’s playoff positions.