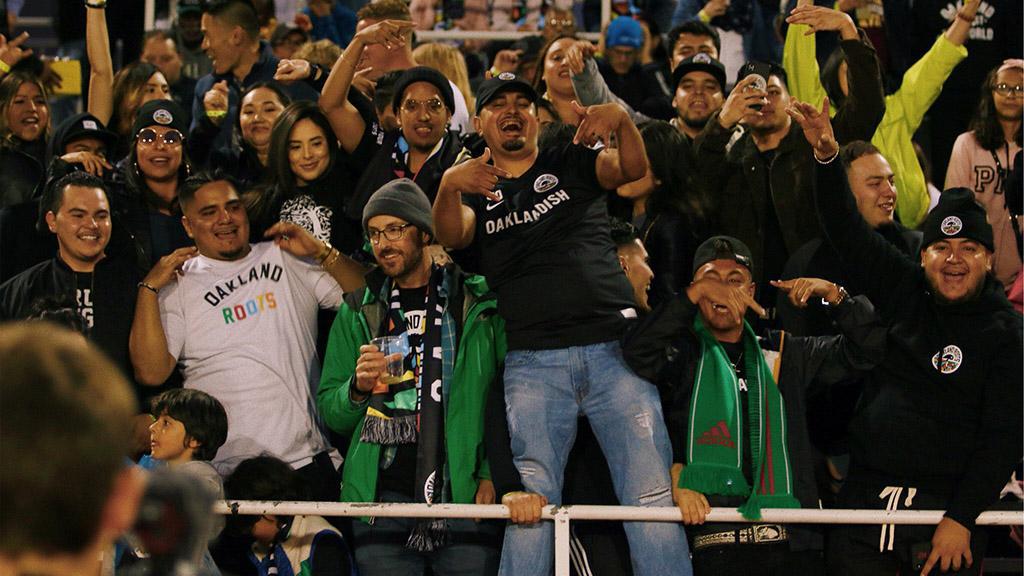 Oakland Roots SC welcomed a packed house at Laney Stadium in its last home game in 2020. Now after 468 days away, it's back for its inaugural Championship home opener on Saturday night. | Photo courtesy Oakland Roots SC

The USL Championship’s Western Conference got some high-scoring action in midweek, and there’s the potential for more on Saturday night with some intriguing contests and rivalries on the slate. Here are five things to watch for as the night unfolds.

It will have been 468 days since Oakland Roots SC last played at Laney Stadium on March 7, 2020 this Saturday night, and to be sure there’s a lot that’s changed since a packed house of 4,873 fans saw their side play its last game at its home venue. For starters, Roots SC is now in its inaugural season in the USL Championship, it’s got new members of its ownership group including former NFL star Marshawn Lynch, and there’s a whole new starting XI from the lineup that featured Jack McInerney and Nana Attakora - now an assistant coach at the club - among others.

One thing hasn’t, thought, and that’s the passion Roots SC’s fans continue to show for the club that has ingrained itself in the community since it’s launch. Saturday’s game against NorCal rivals Sacramento Republic FC has been sold out since Tuesday, meaning another raucous atmosphere is set to be on hand. The club will also commemorate Juneteenth with a pre-game celebration at Laney College hosted by the Oakland chapter of the NAACP, a live musical performance by Oakland native Goapele and a halftime address by Ahmed Muhammad, Oakland Tech’s first Black valedictorian.

The result will certainly matter, getting a first league win against Republic FC after the sides played to a thrilling 3-3 draw in their first meeting would be big for Oakland in the Pacific Division standings. But the return of the club to action is going to be something worth watching, regardless of your fandom.

San Antonio FC returns home on Saturday night after a three-game road trip that concluded with a 2-0 defeat on Wednesday to New Mexico United, flipping what had been an undefeated run of four games to a four-game winless streak as the club’s finishing came up short at Isotopes Park.

That lack of final product in front of goal has become a trend for the side, which after scoring five goals in its opening two games of the season has recorded six goals in six games since. What’s more, that’s come into line with the club’s Expected Goals mark this season, where SAFC is now slightly underwater with 11 goals scored and an 11.36xG mark for the season. The club’s 112 shots rank fourth in the Championship, but a 12.8 percent conversion rate places it in the lower half among all clubs.

With Rio Grande Valley FC coming to Toyota Field for the third South Texas Derby of the season next, there would be no better time for San Antonio to spark to life, and that was certainly at the forefront of Head Coach Alen Marcina’s thoughts after his side’s last outing.

“It’s a marathon season, so we will learn,” Marcina said on Wednesday night. “We will identify the areas we did well and where we need to improve. Our final actions on both ends of the field are areas we need to improve on, but we will get there. We will be better for it moving forward.” 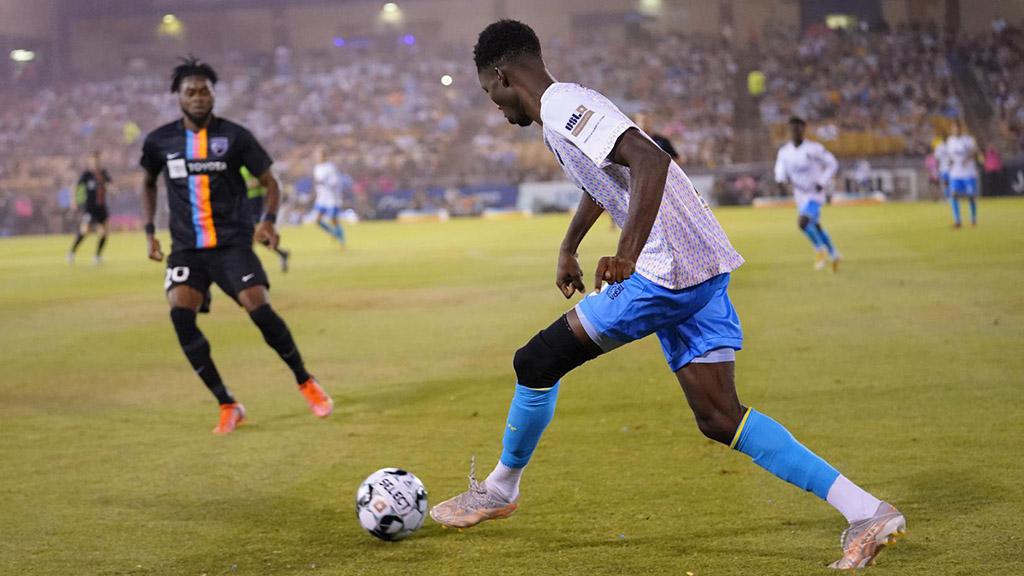 After a slow start, Las Vegas Lights FC has picked up seven points from its past three outings as it returns home to Cashman Field on Saturday night for a challenging contest with Orange County SC. | Photo courtesy Lucas Peltier / Las Vegas Lights FC

You could have been forgiven for thinking after Las Vegas Lights FC’s first few games of this season, “Well, here we go again,” but Head Coach Steve Cherundolo’s side is now starting to look dangerous0 after a 4-3 victory against the LA Galaxy II on Wednesday night that extended the club’s current undefeated run to three games. That has pulled the side within a point of the Pacific Division playoff places as it completed the first quarter of its season on Saturday night at Cashman Field.

The contest with third-placed Orange County SC – which is also on a three-game undefeated run with seven points from its recent outings after a 1-0 win against Oakland Roots SC last Saturday – is going to be the biggest test Lights FC has faced since the start of its recent run of form. Orange County comes in with a strong squad that has moved former U.S. Men’s National Team player Michael Orozco into midfield to add some steel, and that could provide a strong challenge for Bryce Duke to continue to pull the strings as he has admirably in Las Vegas’ most recent games.

If Lights FC can come through against a side that currently looks a solid proposition to reach the USL Championship playoffs, the turnaround from the tough start to the season could certainly be complete, with the possibility of more to come for a fun, young squad.

No-one in the San Diego Loyal SC organization will need to be reminded of how their last contest with Phoenix Rising FC ended. The late goals that earned the hosts a 2-2 draw at Wild Horse Pass when SD Loyal appeared to have three points sewn up added to the list of classic late-game endings in the Championship’s history, but certainly left a bitter taste in the mouth of SD Loyal’s staff and fans.

What lessons Head Coach Landon Donovan and his squad learned from that contest should be on display this Saturday as SD Loyal plays host to Phoenix at Torero Stadium in the third meeting between the clubs this season. Coming off their own thrilling comeback last week – when Alejandro Guido had a goal and assist to overturn the LA Galaxy II’s lead going into the final 20 minutes – SD Loyal has pulled itself up from the tough start it made to the season.

This club has bigger aspirations than just reaching the postseason, and it’s going to want to make a statement against a side that has quickly become a serious rival in less than two seasons of action. If you’re going to be a Western Conference Title contender, you’re probably going to have to go through Phoenix at some point. Finding a win against Rising FC would be a very big step forward for San Diego in that aim.

DAMUS HEATING UP FOR ORANGE COUNTY

It’s pretty good to be Ronaldo Damus right now. The 2019 USL League One Golden Boot-winner has started to find his feet at the next level with Orange County SC with three goals in the past three games and on Friday was named to Haiti’s preliminary roster for the 2021 Concacaf Gold Cup for his efforts. The 21-year-old has twice appeared for his country before, and this summer could offer a big opportunity for another breakthrough in his career.

Damus bagged 21 goals in 33 regular-season games for North Texas SC over the past two seasons in USL League One, making his currently the young league’s all-time leading scorer, and his knack for being in the right place at the right time is now starting to show for Orange County. With the experience he has around him in the likes of Chris Wehan, Brian Iloski and recent loan arrival Avionne Flanagan from FC Cincinnati, Damus could be just getting started as he looks to make it four consecutive games with a goal on Saturday night at Las Vegas Lights FC.