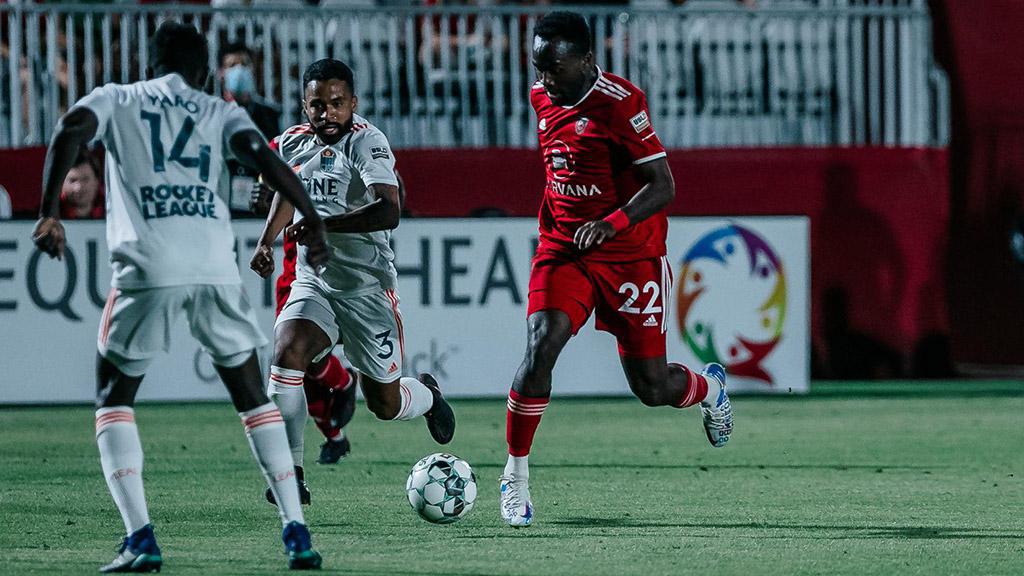 San Diego Loyal SC plays host to Phoenix Rising FC on Saturday night at Torero Stadium after the sides most recently played to a 2-2 draw in their second meeting of the campaign on June 5. | Photo courtesy Ashley Orellana / Phoenix Rising FC

SAN DIEGO – San Diego Loyal SC and Phoenix Rising FC will square off for the third time this season with both teams coming off victories last time out as they meet at Tororo Stadium on Saturday night. Kickoff is scheduled for 10:30 p.m. ET.

@SanDiegoLoyal (2-4-2, 8pts) extended its undefeated run to four games last Saturday night as Alejandro Guido led a comeback 2-1 victory against the LA Galaxy II. Guido came off the bench to record a goal and the assist on Miguel Berry’s game-winning goal and was on Tuesday voted the Championship’s Player of the Week for his performance. San Diego has moved into the playoff positions in the Pacific Division through its run of form, which came after a four-game losing streak to start the campaign, and the side will be hoping it can put up a similar performance to that which earned a 2-2 draw with Phoenix when the sides last met on June 5, a game that SD Loyal will likely believe it should have taken.

@PHXRisingFC (5-1-1, 16pts) denied San Diego victory in their most recent encounter thanks to a dramatic late comeback that saw Santi Moar and Joey Calistri both score in second-half stoppage time to earn their side a point. Phoenix built on that result with a 3-0 win against Tacoma Defiance last Saturday night that saw Solomon Asante score twice, but Moar’s seven-game regular-season scoring streak come to an end. Phoenix will be looking for a tighter defensive display against SD Loyal, as while the side posted its third shutout of the season against the Defiance, it took an eight-save display by goalkeeper Ben Lundt to do so as Phoenix conceded the most shots on target it has so far this season.