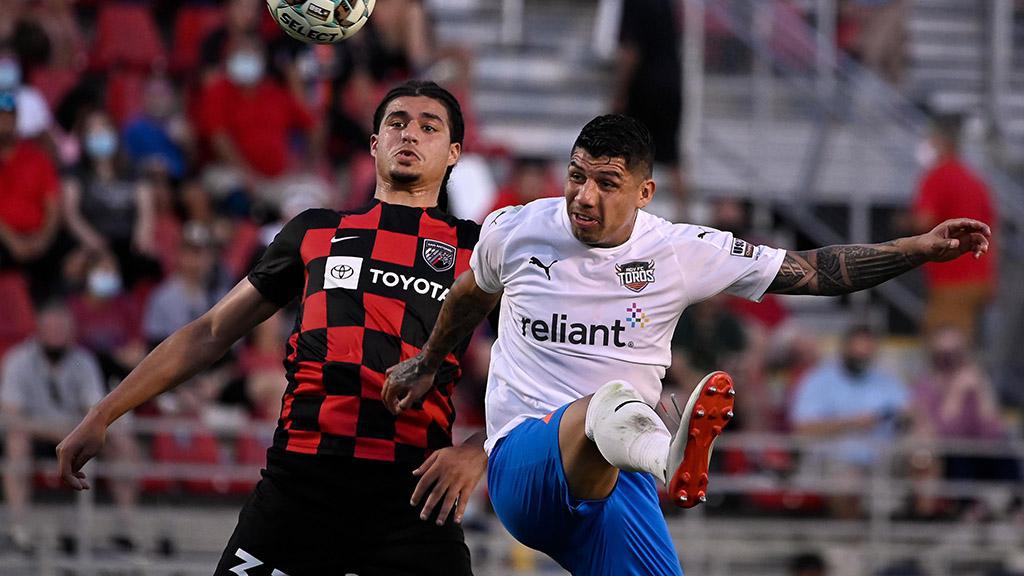 Rio Grande Valley FC has taken four points from the two meetings its had with San Antonio FC this season, including a 1-1 draw when the sides met at Toyota Field. | Photo courtesy Darren Abate / San Antonio FC

SAN ANTONIO – San Antonio FC welcomes Rio Grande Valley FC to Toyota Field for the third edition of the South Texas Derby this season on Saturday night with both teams looking to shake off midweek defeats as they square off. Kickoff is scheduled for 8:30 p.m. ET.

@SanAntonioFC (2-2-4, 10pts) saw a four-game undefeated streak turn into a four-game winless streak on Wednesday night as it failed to capitalize on its chances in a 2-0 defeat to New Mexico United at Isotopes Park. SAFC had drawn each of its previous three contests but despite holding a 14-12 edge in shots and posting a 1.30xG-0.67xG advantage in Expected Goals, the side was unable to convert as it was held scoreless for the first time this season. San Antonio has yet to take victory against the Toros this season, falling 2-1 when they met at H-E-B Park on May 16 before the sides played to a 1-1 draw in their first meeting at Toyota Field on May 29, and the hosts will be looking to even the season series to try and close the gap to RGVFC at the top of the Mountain Division standings.

@RGVFC (5-2-1, 16pts) grabbed a dramatic late equalizer in that previous encounter at Toyota Field as Juan Carlos Azocar delivered a bicycle kick finish in the 90th minute to earn his side a point. The Toros were on the other end of late-game heroics on Wednesday night, however, as Austin Bold FC ended the side’s perfect start to the season on home turf at H-E-B Park with a stoppage-time winner in a 2-1 defeat for the hosts. The Toros will be hoping to rebound positively from the defeat and look to continue to control the tempo of the game with its possession style that contrasts with San Antonio’s willingness to break on the counterattack. That produced high levels of pressure for the hosts last time out as San Antonio recorded 11 shots on goal overall, a number the Toros will want to cut down substantially this time around.